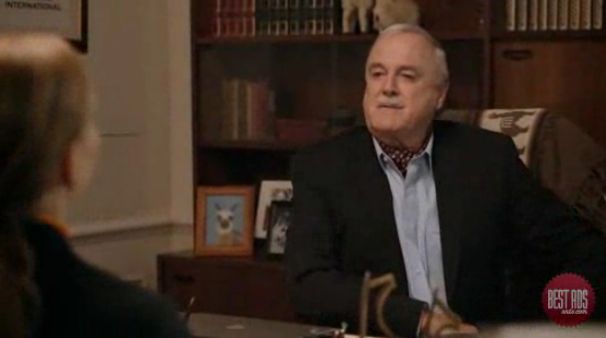 Bankwest has released the next phase of its new tv campaign with iconic comedy legend, John Cleese. Launching this Sunday (August 31), Bankwest Business will be featured in TVCs nationwide as well as print, outdoor and online.

The spots were directed by LA based Aaron Stoller through Revolver, with legendary Aussie DoP Russell Boyd, through Revolver. This is the fourth spot from the campaign, via Host Sydney. All spots were co-written with Cleese, highlighting the ways Bankwest is making banking easier for customers.