Titled ‘Sea of Sameness’, the campaign continues the brand’s call for less ‘Bank Stuff’ that first launched last year in a bid to positively differentiate themselves in an increasingly homogenised industry and cynical consumer environment.  It was driven by the key insight that Australians do not want more ‘bank’ in their lives – just one that is fair, simple and transparent.

Chief creative officer Paul Nagy said most banks approach advertising in the same way, often overstating their role in customers’ lives. Bankwest are communicating a different approach and have replicated stereotypical ‘banky’ scenarios often used in bank advertising to portray exactly what their brand is not.

Says Nagy: “Banks are pretty unpopular these days – in fact, bank bashing is like a national sport. We all want less jargon and complication, but mostly banks seem to want to talk about themselves and how important they are in your life.” 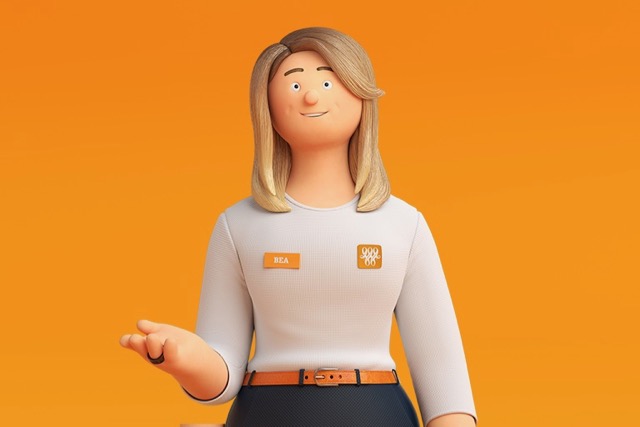 “So it takes a very brave and focussed client to face up to that, and start on a journey to be less banky. Bank Less is about working hard to be the bank that’s there when you need us but not when you don’t.  It’s designed to be tongue in cheek and be playful and fun, but also to genuinely be the only bank that plays a bigger part in our customers’ lives – by playing a smaller one.”

Andrew Chanmugam, executive general manager, Bankwest Customer Experience, said ‘Bank Less’ was not just a campaign but a philosophy the business was already living through initiatives, products and ways of working.

Says Chanmugam: “Bank Less is a driving force behind everything the organisation does. Bank Less means less complexity and less frustration for customers; it’s about assisting customers when and where they need us, as simply and seamlessly as possible.  Bank Less is deliberately designed to be cheeky and capture attention, but it’s also a statement of intent about the experience we want customers to have each and every time they interact with us.”

The latest campaign will be executed across a range of channels from this week with a 60, 30 and 15 second TVC, backed by cinema, social, inflight TV and Collect and Connect (Airport).  A 30-second radio spot will also run on spotify and digital radio.