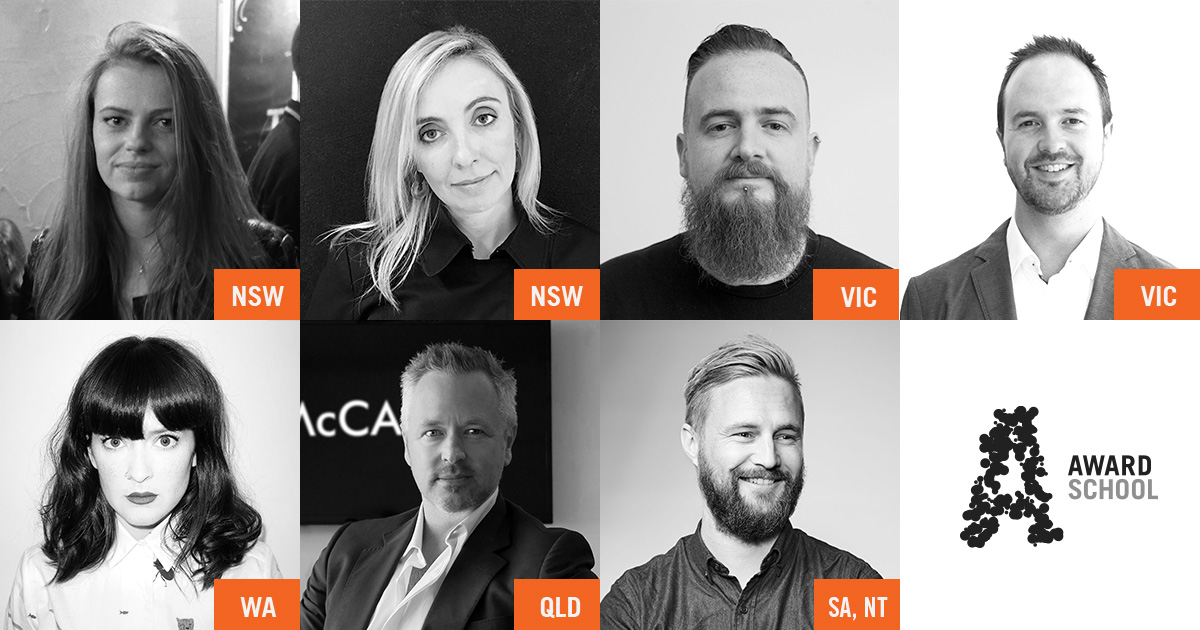 Ellis is the 2020 Victoria School head, alongside Jess Wheeler, associate creative director and partner at Fenton Stephens, who was appointed last year. Chris takes over from Sarah McGregor.

AWARD chair Cam Blackley welcomed Van der Merwe and Ellis into the fold of AWARD School heads: “Mandie’s breadth of experience and the recognition she enjoys in Australia and internationally are truly impressive. She is a huge talent in our industry and along with my fellow AWARD Committee members I’m thrilled to have her as the new AWARD School national co-head alongside the brilliant Josie.

“Both Mandie and Chris are joining AWARD School at an extremely exciting time for our organisation.

“Last year we were proud to inaugurate the AWARD School Indigenous Scholarship initiative, while we also introduced our regional program for AWARD School students in Victoria and the Northern Territory: this will be further rolled out nationally as part of our commitment to fostering diversity and inclusion in our industry.”

Over the past 15 years, Van der Merwe has worked on three continents and been recognised over 100 times at local and international award shows, including Cannes, D&AD, One Show, AWARD, the Loeries and the Australian Effies. After graduating from art school, Mandie says that, much to the chagrin of her purist art friends, she “sold her soul” to advertising. But, over time, she’s bought it back. The payment has been made, painstakingly, with an ideal that “we can change business and social problems with great ideas and the care to execute them beautifully”. It is this belief that has guided her work on Fox Sports, Nando’s, Tourism New Zealand, David Jones, MINI and Go Gentle Australia.

Says Van der Merwe: “It’s a real privilege to be taking over from Karen in such a key role, and I’m sincerely honoured. There’s no denying that AWARD School has been hugely important in kickstarting the careers of the ‘who’s who’ in Australian advertising and I’m looking forward to helping continue that tradition.”

Chris Ellis is an experienced creative director behind memorable and influential work for many of Australia’s best-loved brands including Jeep, Heinz, Specsavers and Movember, featured in The Huffington Post, The Guardian, AdWeek and Contagious Magazine. After experience at Proximity and TBWA, he joined Cummins&Partners. In seven years, Ellis has helped grow the agency from 30 to 150 people with over 25 pitch wins, and consecutive Australian Agency of the Year titles. His work has been recognised by international award juries with a Clio Grand Prix for sports advertising, D&AD, Cannes Lions, One Show, LIA, Spikes, AWARD, and the Effies. He has also judged New York Festivals. Ellis’ creative approach focuses on uncovering social insight to not just create ads, but contribute to culture.

Says Ellis: “There’s never been a more exciting time to enter this industry. As the idea of ‘advertising’ shifts, the opportunity to help cultivate the minds set to redefine it is seriously thrilling. I want to acknowledge the cracking job Sarah McGregor has done in building the relevance of AWARD School over the past three years. They’re big stilettos to fill.”

The AWARD School State Heads for 2020 are:

The one-day workshop, running in Sydney (16 November), Perth (22 November) and Melbourne (23 November) consists of 4 modules, including practice briefs and insider tips on how to make your 2020 application pop.