Run. That’s what refugees do. Their race starts with the sound of a gun, not a starter pistol. They run from burning villages and away from danger. Now, a group of athletes are running for the right to represent the 71 million displaced people in the world today.

To mark Saturday’s World Refugee Day, On – the Swiss sportswear company, has launched and co-produced an epic documentary feature to commemorate the millions of forcibly displaced people worldwide.

The story follows the legendary Kenyan athlete, Tegla Loroupe, as she mentors a group of talented athlete refugees on their arduous road to the (now cancelled) 2020 Tokyo Games. The Athlete Refugee Team has been captured in an emotionally charged documentary feature, considered to be the first production of its kind. A shattered dream, with an unexpected twist.

Filmed over a three-year period, across eight countries in three different continents – ‘RUN’ is a story of unwavering human spirit, empowerment and fearless bravery by a group of athlete refugees from the Congo, Ethiopia, Somalia and South Sudan. These athletes have been running from tribal gangs and civil war since they were children. Over the years, they have suffered trauma on an unimaginable scale and trained barefoot on dust-filled roads or in their own backyards as residents of the UN refugee camps.

The 90-minute film is a co-production between On – the Swiss sportswear company – the Tegla Loroupe Foundation and Hungry Man Productions and was released on World Refugee Day (June 20) to commemorate the millions of forcibly displaced people worldwide. The film is now available to watch now on athleterefugeeteam.com.

Directed by Richard Bullock through Hungry Man Productions, Bullock took the lead in telling the story as he saw it, heard it, and through the words of the athletes featured. Bullock is a writer/director whose longform films have run on the National Geographic Channel, Eurosport and the BBC. Before focusing on directing full time, Bullock built up an award-winning legacy in advertising as former executive creative director at 180 Amsterdam and working with leading agencies such as Chiat/Day/Mojo, Hunt Lascaris TBWA, Cliff Freeman & Partners and Lowe Howard Spink.

The film begins in 2017 and covers three years and the unprecedented hurdles – not least a global pandemic – as the athletes navigate seeking asylum while competing overseas.

The final chapter of this story (for now) has had COVID-19 to compete with. With their training camp closed, the team were sent back to refugee camps and forced to put their Olympic ambitions on hold. The final arc of the film was therefore directed by Bullock from afar, with the athletes self-shooting on Skype and smartphones in Israel, Germany, Kenya and Switzerland.

Self-shooting aside, throughout the film’s three-year journey Bullock ensured the athletes were empowered and in control of their own narratives.

Says Bullock: “Refugees get a lot of people talking for them, so I made a conscious effort to allow the audience to listen to the characters directly. The refugee athletes are all incredibly wise and thoughtful. From very early on I tried to uncover how they were able to remain so hopeful and positive when the world had given them little reason to believe it was anything but violence and horror. I learnt an incredible amount about coping with difficulties and facing uncertainty from them. I think that’s the biggest takeaway – it’s not about running at all. It’s about resilience and overcoming hardship. If you’re ever faced with a mountain to climb, the words and actions of these athletes will resonate profoundly.”

The inspiring words of one athlete in particular stuck with the director. Gai Nyang told him: “I dream with my eyes open. I do my dreaming during the day and I always think and say to myself, there is still a chance to make something of this life.”

Says Olivier Bernhard, co-founder of On: “This story embodies the very essence of transcending sport and championing the human spirit. World Refugee Day and World Refugee Week is a time when humanitarians across the globe come together to celebrate life and support the victims who have been displaced. Their race began when they were six or seven years old, with the sound of a gun, not the starter pistol,” he adds. “Isolated from their families, these athletes are not just hopefuls for the Olympics, but for refugees worldwide. For the chosen few who enter the Olympic stadium under the flag of no nation, their achievement will be unmatched by any other athlete. We are pleased their story, talent and spirit is being introduced and celebrated with our longest ever feature film, ‘RUN’. We consider this our gift to the Tegla Loroupe Peace Foundation and Athlete Refugee Team, paying homage to this special day. The human spirit knows no limits.”

‘RUN’ is now officially released on athleterefugeeteam.com and additionally, the documentary will reach a global audience by being broadcast on ESPN, Globo, Eurosport, ZDF, beIN SPORTS and more. 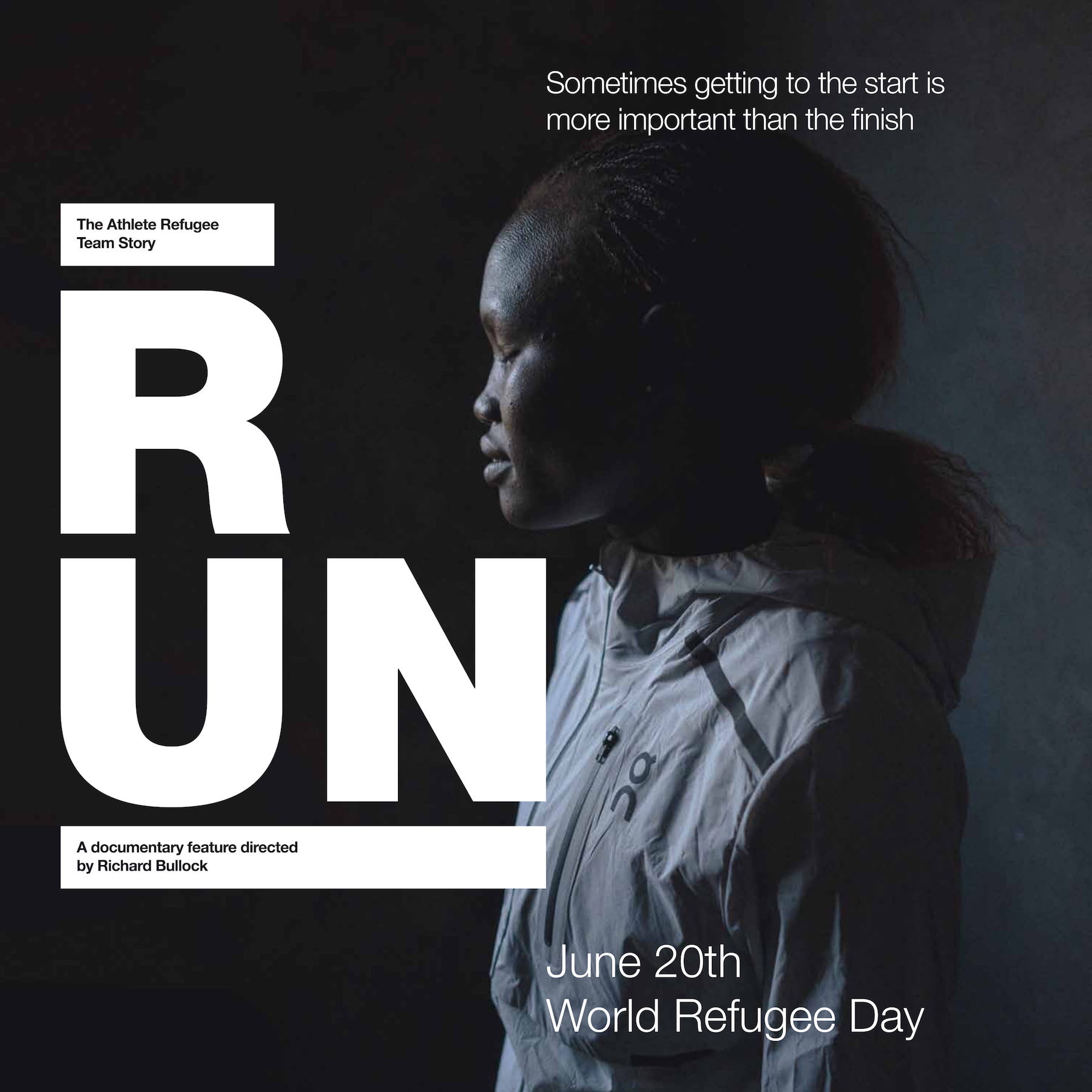