The Australian Banking Association (ABA) has today announced it is joining forces with Bauer Media to expand its campaign to tackle elder financial abuse.

The campaign, Stop Elder Financial Abuse, launches today in Sydney via Bauer Media’s content division Story54, as newly released research reveals almost 6 in 10 Australians are worried that someone they know will be the victim of this insidious abuse.

The campaign specifically calls on governments across Australia to act and establish:
1. Power of Attorney laws which are the same across the country and protect people from this kind of abuse.
2. A National Power of Attorney (POA) register to check if POA documents are legitimate and current.
3. Somewhere to report abuse in each state that can investigate and act.

New YouGov research released today by the ABA reveals that 57% of Australians are worried about a loved one experiencing financial abuse. The survey also reveals growing concern in the community that not enough is being done, with 87% of Australians wanting their government to do more to stop elder financial abuse. It is estimated that around 1 in 10 older Australians experience elder abuse in any given year, with the prevalence of neglect possibly higher. 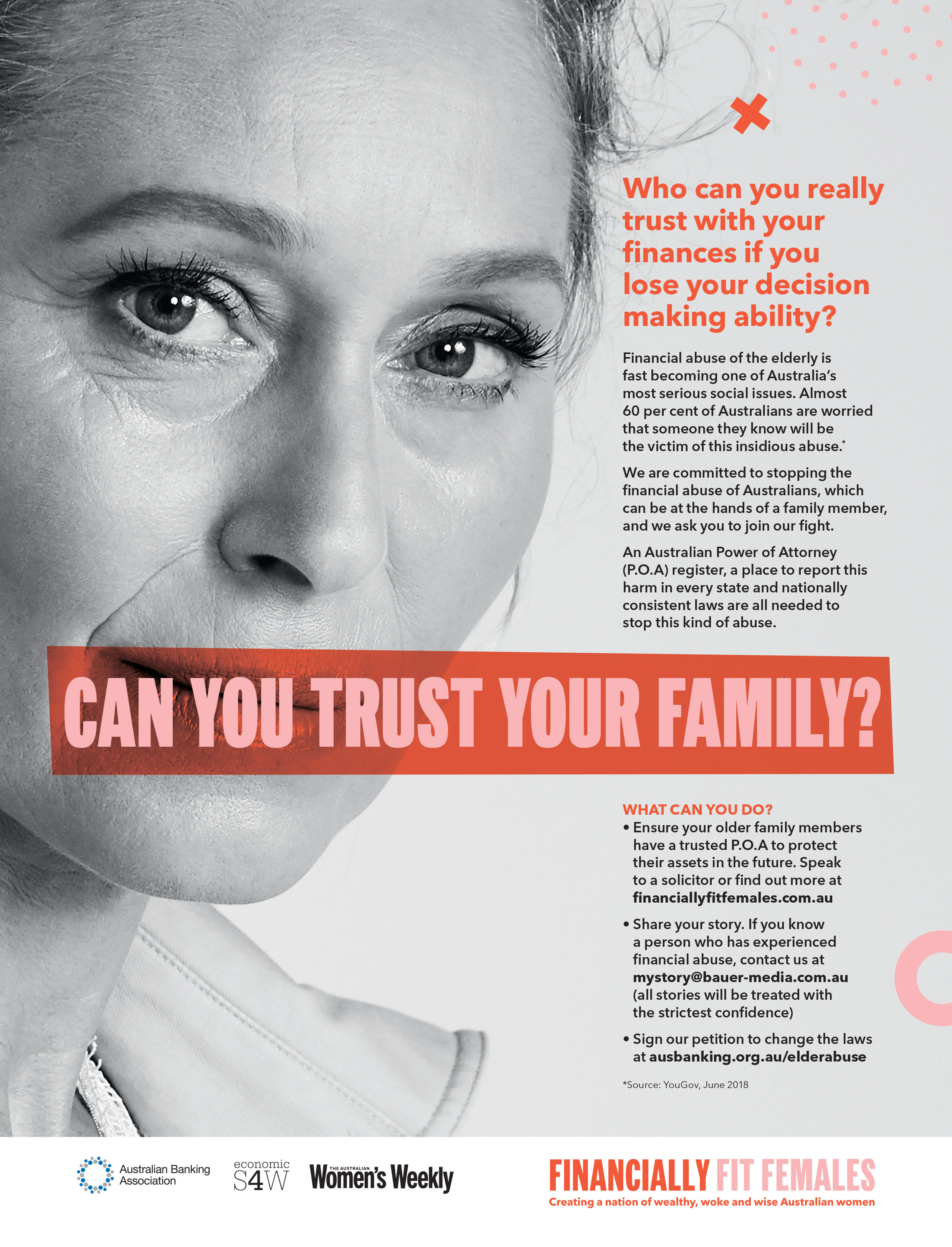 Says Anna Bligh, CEO, Australian Banking Association: “The growing problem of elder financial abuse in our community is an uncomfortable truth that every Australian should be aware of. Bank staff have told me stories of attempting to intervene in situations where they see money drained out of the accounts of pensioners, often for items they are not using such as holidays or expensive jewellery, but the victim is unwilling or unable to report what is really happening. 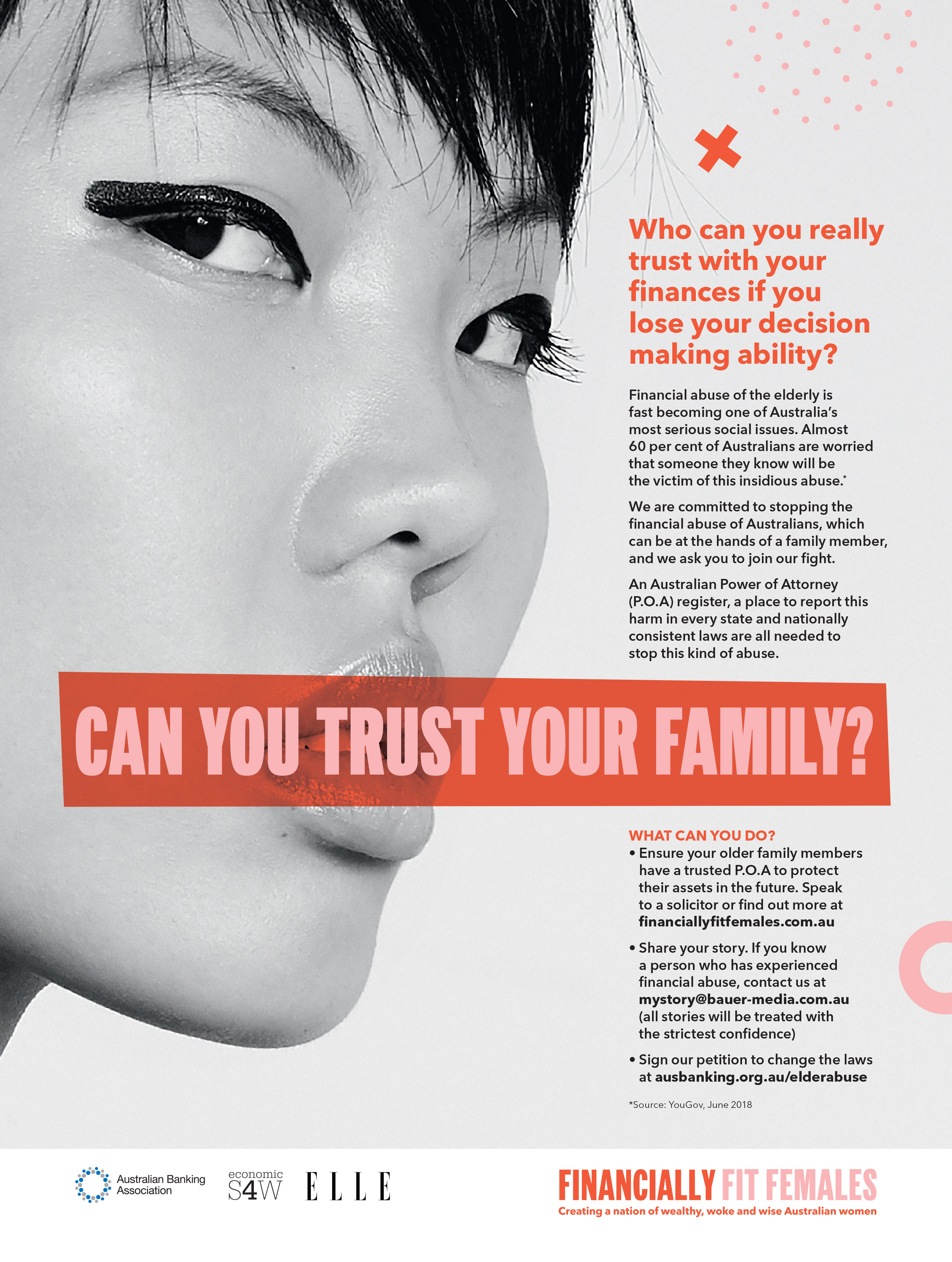 “As a result of hearing these stories, in February 2018, the Australian Banking Association kicked off a campaign, in conjunction with the Council of the Ageing, National Seniors Australia, the Older Persons Advocacy Network and the Finance Sector Union calling on all governments to tackle the issue of elder financial abuse.

“The ABA and Bauer media have now joined forces to form the Stop Elder Financial Abuse campaign and I encourage other groups, major organisations and individuals to get on board to help address this very important issue.”

Says Effie Zahos, finance ambassador, Bauer Media: “If you lose your decision-making capability then a power of attorney is a critical tool that you want to ensure is in place. It allows somebody you trust to make decisions for you, manage your finances and assets.

“We feel extremely passionate about this cause which disproportionately affects women. We need to make important changes to empower people, such as local bank branch staff, to detect and report abuse.”

All of Bauer’s brands have united and are supporting the push to stop the abuse including The Australian Women’s Weekly, Woman’s Day, Harper’s BAZAAR, Australian House and Garden, Take 5, TV WEEK, and ELLE.

“Of these, most people report financial abuse and they carry the shame that it has been perpetrated, most often, by a son, daughter or grandchild. This abuse is unacceptable; we need to stop it.” 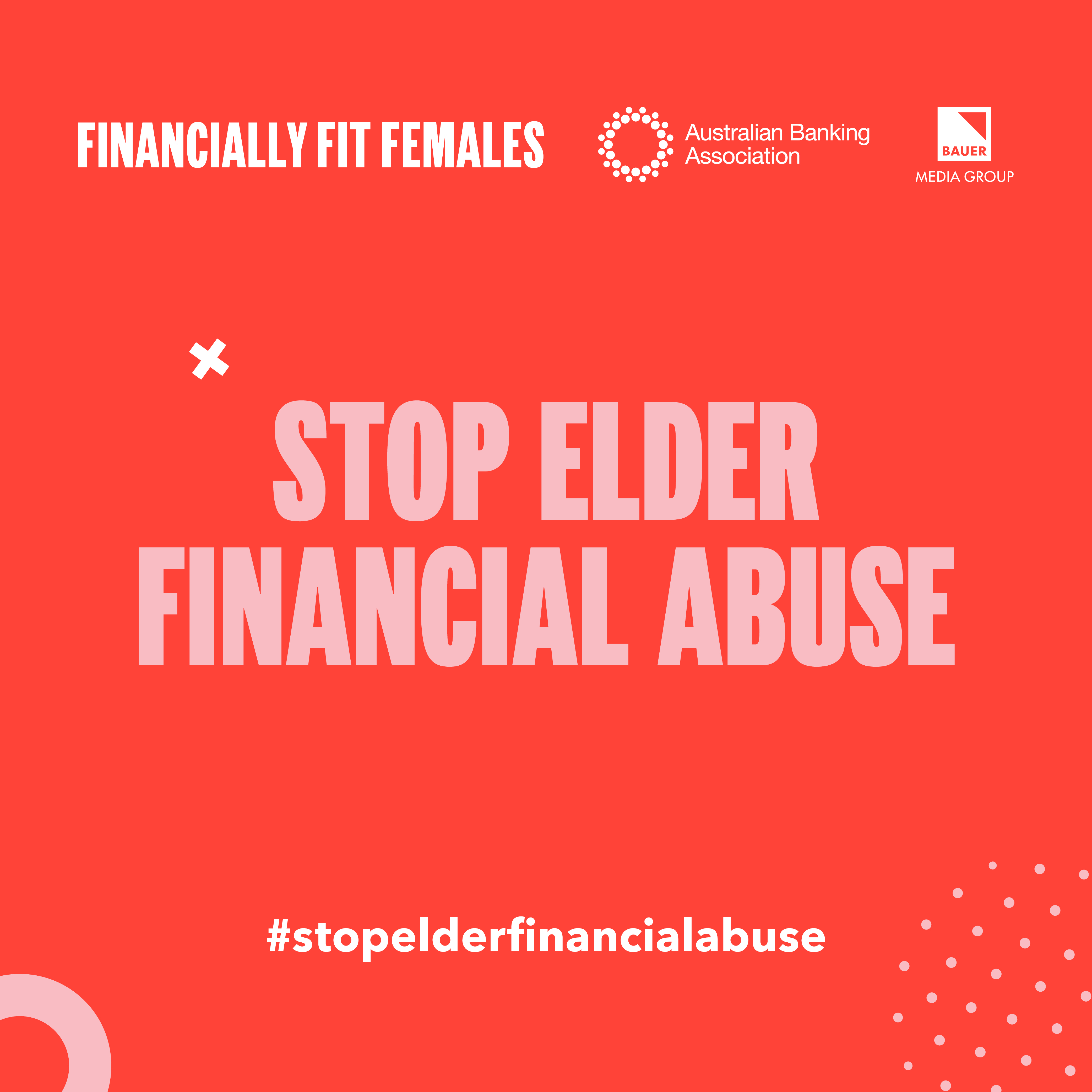