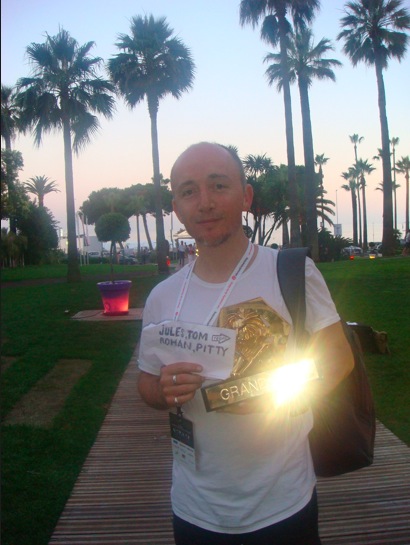 Leo Burnett Sydney were also celebrating after scoring a Gold Lion, one of only 10 handed out on the night, with their Bundy Watermark campaign.

The NAB campaign also won a Silver Lion. In total, only 39 Lions were awarded on the night.

Clemenger BBDO Melboure ECD Ant Keogh (left) dropped into the CB Curious party after the ceremony and was greeted by some well earned cheers from all there.

Now into its third year the PR category received 819 entries, up 43% from last year. The jury, chaired by Dave Senay, President & CEO of Fleishman-Hillard, shortlisted 105 and went on to award 10 gold, 13 silver and 15 bronze lions plus the Grand Prix.