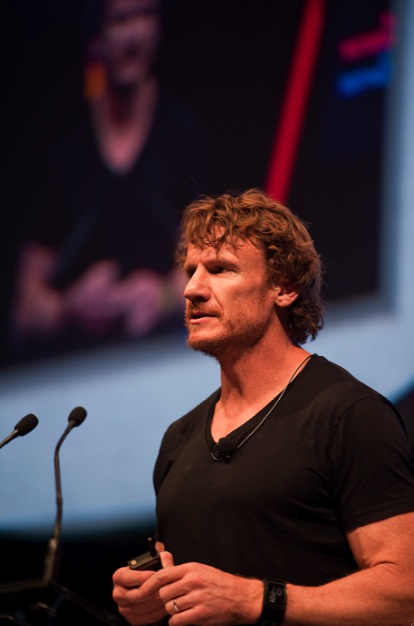 As one of the industry’s most progressive creative leaders, the choice of Nick Law signals Publicis’ on-going commitment to creativity and technology at the service of marketing and business transformation.

As President of Publicis Communications, he will be charged with developing a unified creative ethos that helps foster strong, dynamic and diverse cultures across the spectrum of the Groupe’s creative brands, namely Leo Burnett, Saatchi and Saatchi, Publicis Worldwide, BBH, Fallon and Marcel.

The new role is due to start in May 2018, ahead of the Groupe’s Viva Technology conference. He will join the Executive Committee and report directly to Arthur Sadoun, Chairman & CEO of Publicis Groupe. According to reports, Mark Tutssel will retain his role as Publicis Communications’ creative council.

Law’s mission will be to take the Groupe’s creative performance to the next level; leveraging, curating and nurturing the full spectrum of creative talent, harnessing the power of data and technology to deliver the best creative solutions to their clients, brands and businesses. He will also play a key role in shaping and accelerating the Groupe’s transformation to a platform that connects, empowers and unleashes the creative potential of each and every Publicis employee. He will have the reach and authority over the entire Groupe creative community in a seamless way.

Says Sadoun: “Nick is a true unicorn in our industry. Throughout his career, he has delivered world-class work that builds on what we believe all our clients need: the alchemy of creativity and tech. This modernity in ideas, combined with his obvious leadership skills, make Nick the perfect person to play such a pivotal role in our Groupe. His partnership will be a game-changer in our journey to lead the change in our industry.”

Since joining R/GA in 2001, Law has worked with clients such as Nike, Beats by Dre, Samsung, HBO, Johnson & Johnson, IBM, and Google. During his tenure, R/GA has become one of the most awarded agencies in the world, winning every major creative accolade, including four Cannes Lion Grand Prix awards, a D&AD Black Pencil, and a GRANDY; and Adweek named R/GA Digital Agency of the Decade and Nike+ as Campaign of the Decade.

For over a decade, Law has led the development of many of R/GA’s most innovative projects, including Nike+ Running, Nike+ FuelBand, and Beats Music for Beats by Dre. He has also sponsored the creation of cutting-edge R/GA capabilities such as the Prototype Studio and the hugely successful R/GA Accelerator.

Law has been on every major award show jury (including being named Jury President for the Cannes Innovation Lions) and has twice been named in the Creativity 50, a list of the world’s most influential creative people. He is recognized as an industry thought leader and has been published globally.

Beginning his career as a designer in Sydney, Law continued as an advertising art director in London, and transitioned to digital in the late ’90s after moving to New York.

Sadoun sent out this video message about the hire to Publicis employees: