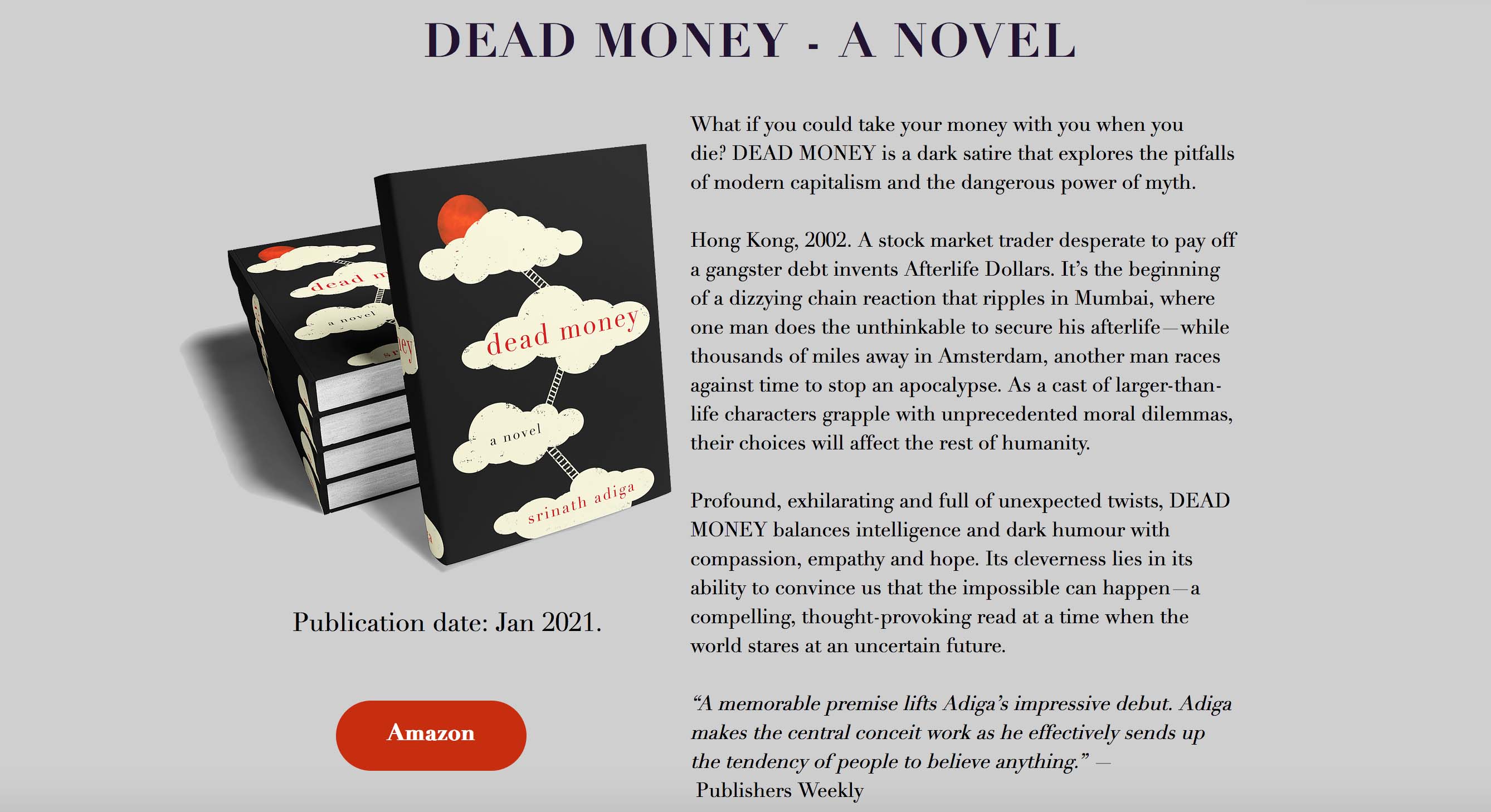 Aussie expat creative Srinath Mogeri Adiga, now based in the UK, who’s career included 15 years at top agencies in Sydney including Saatchi’s, Whybin\TBWA and M&C Saatchi, has written his debut novel which has just been published in the US and available on Amazon.

Dead Money is based on a simple idea: They said you can’t take your money with you when you die.

What if they were wrong? Srinath Adiga’s timely satire explores the pitfalls of modern capitalism and the dangerous power of myth.

Hong Kong, 2002. A stock market trader desperate to pay off a gangster debt invents a scam: Afterlife Dollars. A product inspired by an ancient Chinese custom that allows people to buy their way into heaven.

It’s the beginning of a dizzying chain reaction that ripples in Mumbai, where one man does the unthinkable to secure his afterlife—while thousands of miles away in Amsterdam, another man races against time to stop an apocalypse. As a cast of larger-than-life characters grapple with unprecedented moral dilemmas, their choices will affect the rest of humanity.

Profound, exhilarating and full of unexpected twists, DEAD MONEY balances intelligence and dark humour with compassion, empathy and hope. Its cleverness lies in its ability to convince us that the impossible can happen—a compelling, thought-provoking read at a time when the world stares at an uncertain future.

Here’s what Publishers Weekly said about it. “A memorable premise lifts Adiga’s impressive debut. Adiga makes the central conceit work as he effectively sends up the tendency of people to believe anything.”

Buy the book on Amazon