CB Exclusive – This year, ANZ is spreading its support for LGBTIQ+ inclusion beyond inner-city Sydney by transforming Oxford Street signs across the country into fabulous Mardi Gras sculptures as part of a campaign created by TBWA\Melbourne and Revolver/Will O’Rourke.

With 84% of LGBTIQ+ individuals believing there are still parts of Australia where they feel unsafe*, the Festival’s celebration of diversity and commitment to social equality can feel a long way away for those living away from the famous Oxford Street parade-route.

Realising there are Oxford Streets all over Australia (123 to be exact), ANZ and TBWA\Melbourne together with Revolver/Will O’Rourke have transformed Oxford Street signs countrywide into unique representations of LGBTIQ+ culture, from rainbows and love hearts to sailor flamingos and fiercely proud unicorns. 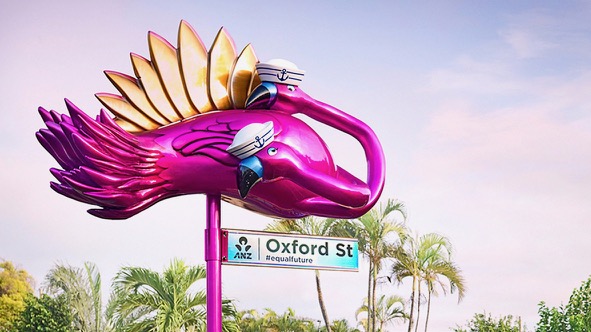 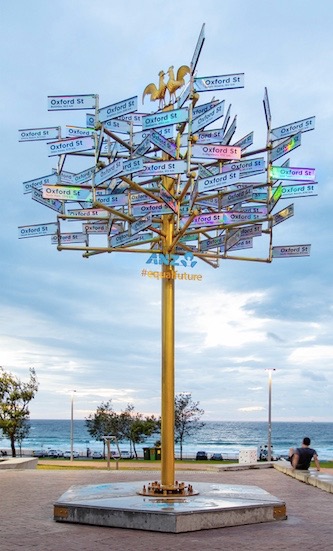 attention to ANZ’s push for an #equalfuture for LGBTIQ+ individuals across Australia.

Says Carolyn Bendall, head of marketing Australia, ANZ: “We’re letting everyone know that no matter how far from Oxford St Sydney you are, we’re supporting you as we strive for inclusive communities and an #equalfuture for all.”

The campaign also sees ANZ working with Google to help display the street signs and artwork on Google Street View so people around the world can view the images of the installations.

Says a spokesperson from TBWA\Melbourne: “As principal partners for Sydney Gay & Lesbian Mardi Gras, ANZ has a remarkable history of support for LGBTIQ+ inclusion and this year’s campaign is no exception. Everyone, no matter where they live, deserves to feel celebrated and included.” 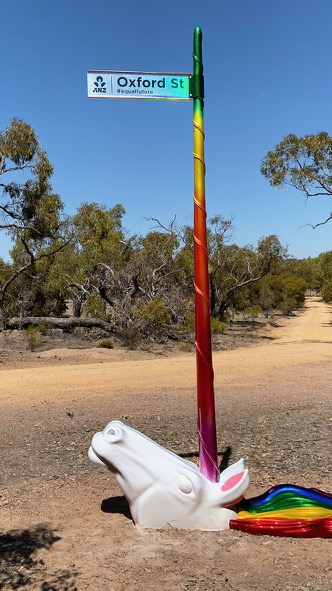 The campaign is supported by an integrated PR strategy which reveals local signposts across Australia and sees much-loved entertainer Courtney Act (alongside a number of other LGBTIQ+ influencers) lend their voice to the initiative.

Revolver/Will O’Rourke and The Glue Society 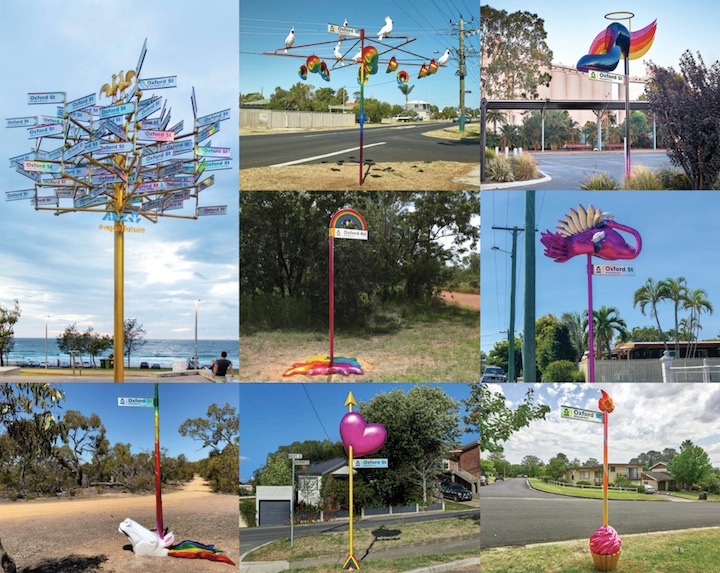 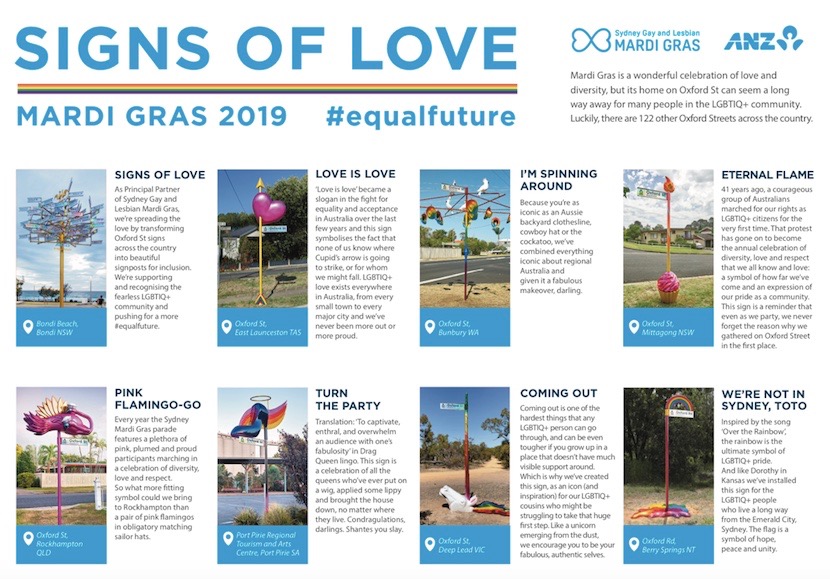