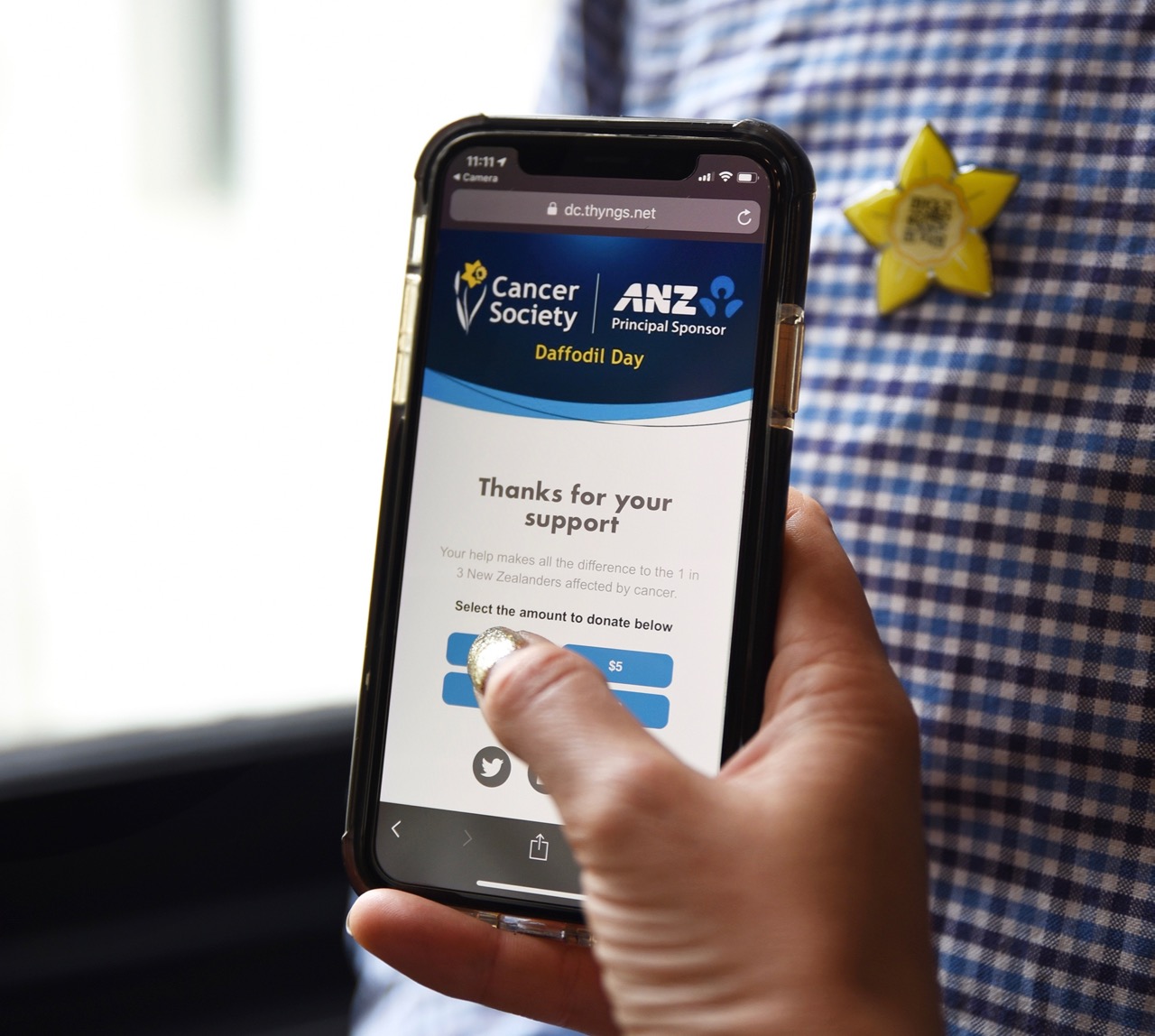 In a New Zealand first TBWA Group has launched the new ANZ Smart Daffodil, an innovation designed to disrupt the tradition of donating and raise funds for the Cancer Society this Daffodil Day.

The ANZ Smart Daffodil turns anyone who wears it into a fundraiser for the Cancer Society. Thanks to technology from UK start-up Thyngs, the Smart Daffodil is a wearable donation badge with a small unique QR code at its centre. When scanned using a smart phone, the daffodil becomes a simple, contactless form of payment that connects through Apple Pay, Google Pay or credit card. Previously used for the Movember Foundation in the UK, the technology is set to be a game changer for Kiwi charitable organisations.

The aim of the Smart Daffodil is to increase the funds raised for the Cancer Society by turning the wearer into a donation point, which then compliments more traditional forms of fundraising.

Says Shane Bradnick, chief creative officer, TBWA Group NZ: “In the Go Fund Me era of online public fundraising we wanted to disrupt the status quo and help ANZ raise more money for the Cancer Society this Daffodil Day. By developing a wearable donation portal, backed by simple cashless payment technology, we’re creating an army of volunteers with more stories to tell and the power to pass it forward. We’re hoping people will wear the pin for the whole month to help raise more money than ever before for the Cancer Society.”

In their 29-year partnership with Cancer Society, ANZ has helped raise over $20million through donation initiatives for Daffodil Day. This year alone, ANZ is hoping to raise over $1million.

Says Sue McGregor, head of corporate marketing and sponsorship, ANZ: “We know Kiwis are passionate about supporting causes especially ones as important as the Cancer Society, but with less and less time we can all find it difficult and daunting thinking we have to do something epic like run a marathon. The Smart Daffodil has made it possible for Kiwis to become fundraisers while going about their regular business.”

Available at ANZ branches nationwide, the Smart Daffodil can be purchased for $3.00 with all proceeds going to Cancer Society.

The campaign will be supported by tailored executions in branch, online, in press and OOH.