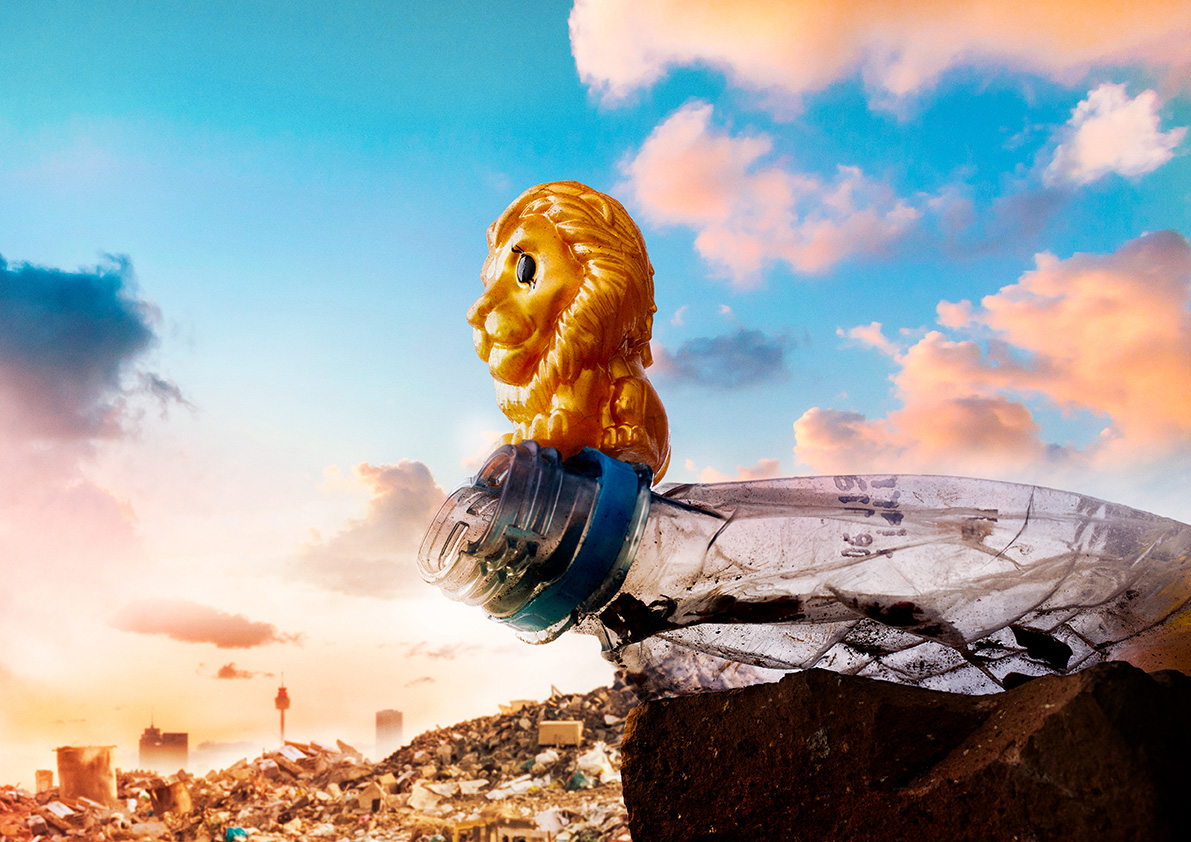 Aussies are fighting back against the environmental nightmare that is cheap collectible plastic toys at our supermarkets in a new campaign from independent creative directors Alex Wadelton and Tom Whitty and photographer Stu Morley, aka The Gutterz.

The campaign, Future Landfill, has taken the Lion King Ooshies from Woolworths, and recreated classic scenes from the movie. However, instead of showing them in the beautiful plains of the Serengeti, they are shown among landfill, as that is where the plastic toys are likely to spend the majority of their existence as they break down over hundreds of years. 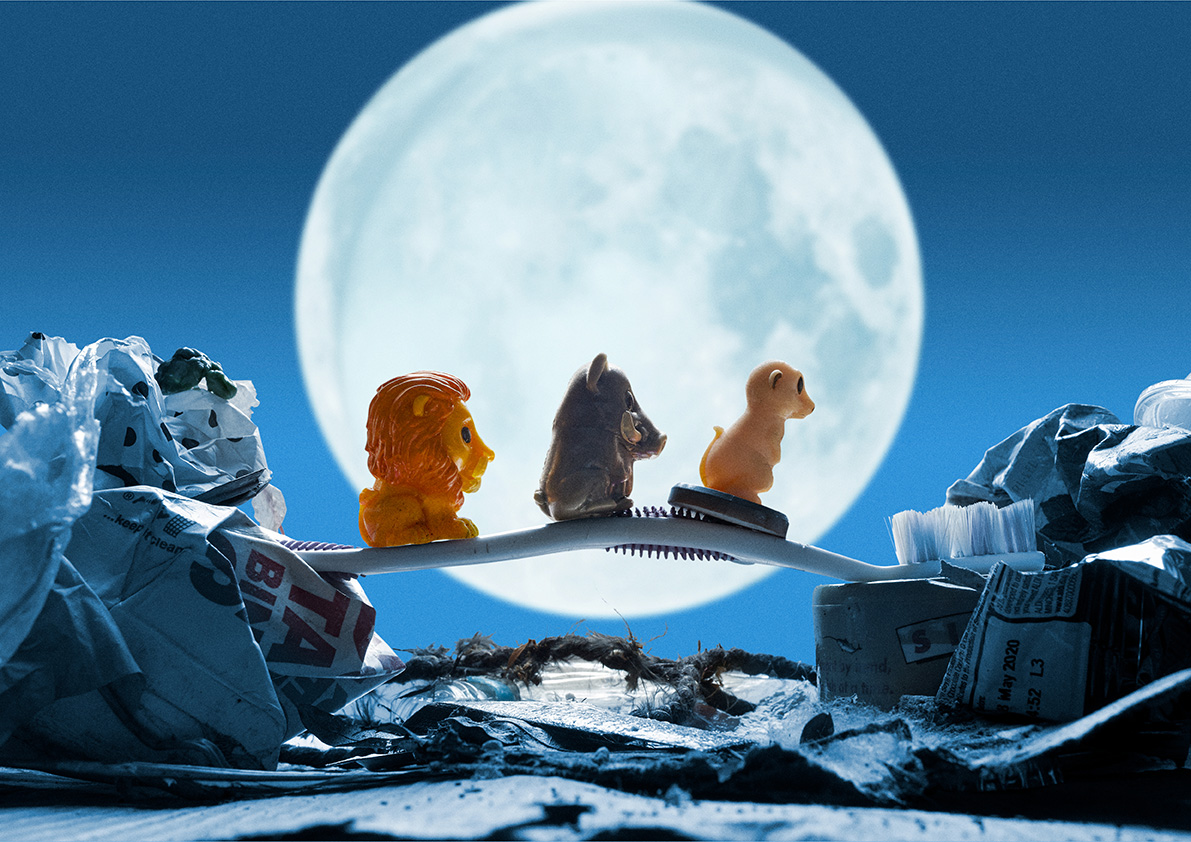 Says Tom Whitty, campaign co-creator: “The manipulation of Australian families to increase their consumption is ethically questionable to begin with. Throw in reckless eco vandalism and you’ve got yourself a morally bankrupt stew going. For hundreds of years, these toys will remain a symbol of corporate greed and an abandonment of environmental responsibility. Mufasa would be rolling in his grave.”

Whitty, the former managing editor of The Project, has got form when it comes to changing the way supermarkets do business. He created the change.org petition to #banthebag in 2017 that attracted 200,000 signatures from Australians and was acknowledged by Victorian Premier Daniel Andrews when Victoria put an end to single-use plastic bags. He also wrote the Milked Dry editorial for The Project, that changed the types of dairy products Australian consumers purchased, in a bid to support local farmers who were battling crippling debt. That little stunt lead to Australia’s federal government coughing up more than half a billion dollars in loans to keep dairy farmers afloat.

Says Alex Wadelton, co-creator: “As a parent, seeing this sort of plastic promotion makes my skin crawl. With the health of our planet in the balance, pushing these plastic parasites into the eco-system is morally reprehensible. And it’s teaching our kids a poor lesson that it’s OK to abandon environmental responsibility for short term gratification. We hope that that the whole country can band together to force the end of these sorts of promotions, just like people power put an end to plastic bags in supermarkets too.” 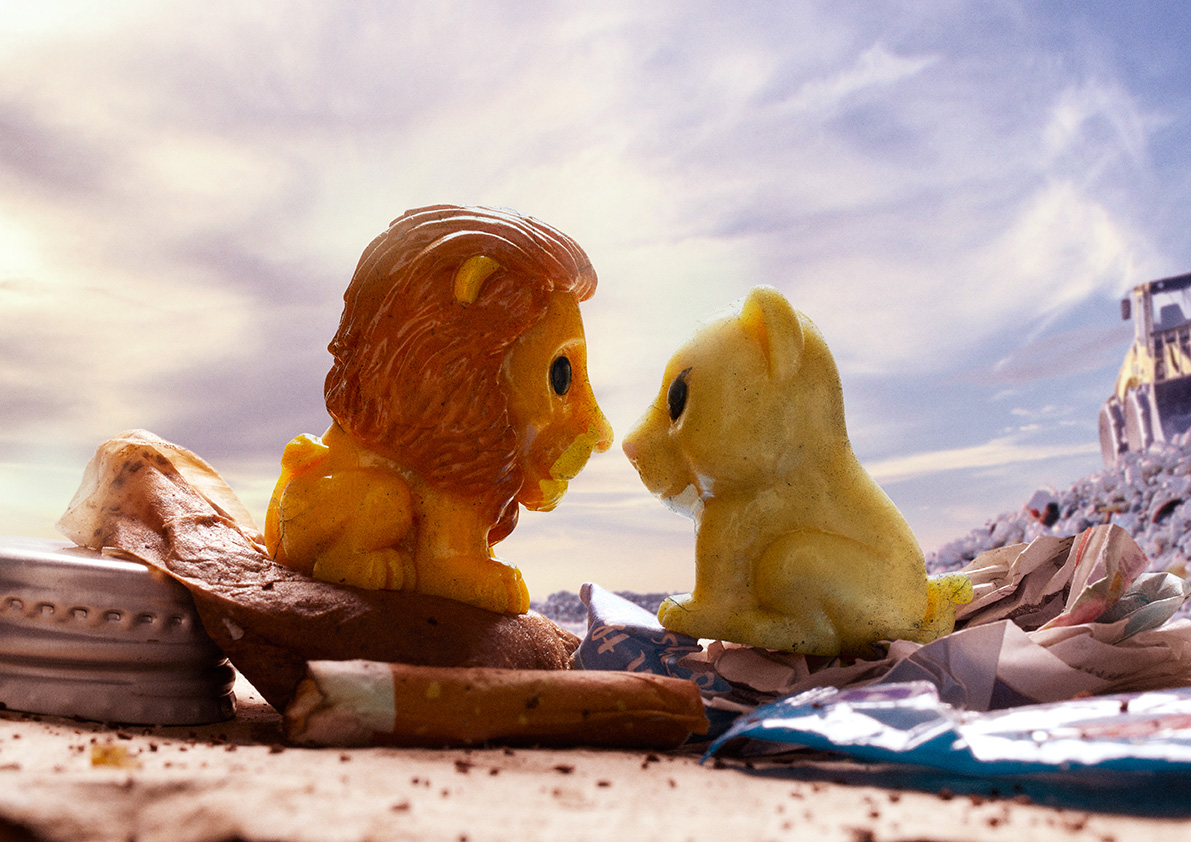 Says photographer Stu Morley: “The Lion King is one of my favourite films. The message of the film is about the circle of life, and everything in nature working together in harmony, but these plastic toys are the opposite of this ideal. When I first saw these Ooshies I certainly couldn’t feel the love tonight.” 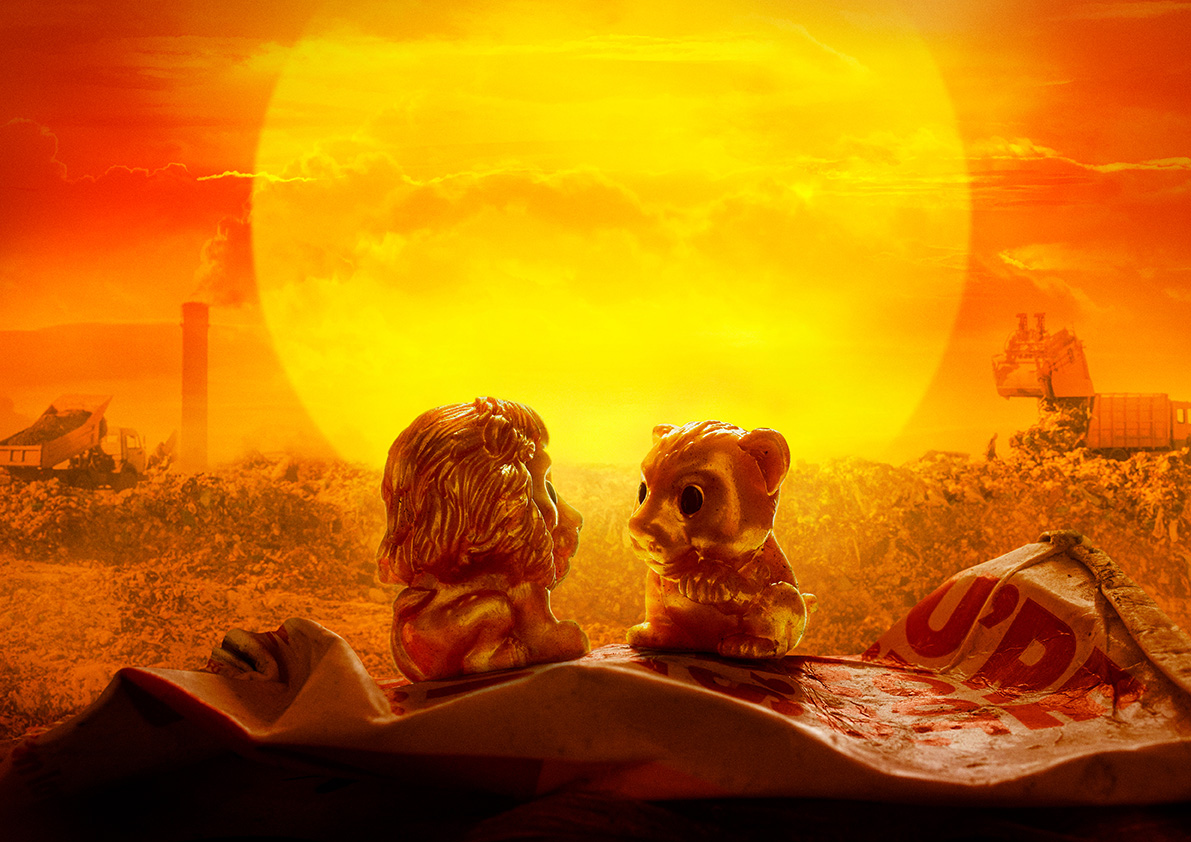 The campaign started with the creation of a simple website futurelandfill.org. From there the campaign has seen coverage by Triple J on their Hack program (their Facebook post alone attracting over 13k likes), Channel Nine news, the front page of The Guardian website, syndicated interviews across the HIT FM radio network, a series of ABC radio interviews, 2GB, the entire ABC Facebook network, on kids news show Behind The News on the ABC, as well as being shared by Greenpeace, Sea Shepherd, and War on Waste host Craig Reucassel, along with thousands of everyday Aussies on their socials with the tag #futurelandfill. 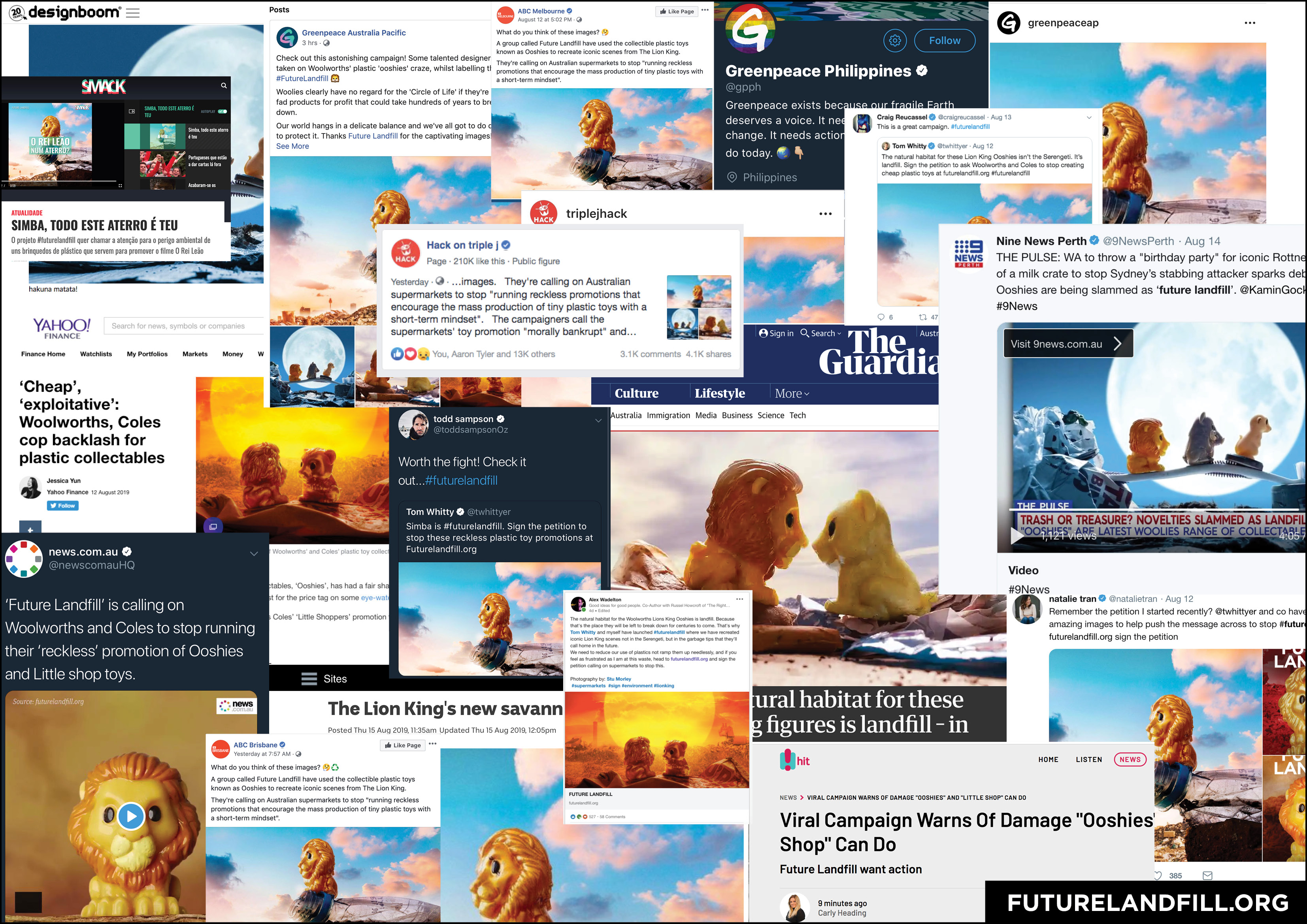 Additionally, the trio also came up with an alternative promotion that Woolworths could have run instead, which they called A New Circle of Life.

The idea was that a range of exclusive collectible cards featuring all the Lion King characters could have been produced. Printed on biodegradable paper with non-invasive vegetable plant seeds embedded, there is more to these cards than meets the eye. When you’re done trading cards to collect the set, you can use them for guerrilla gardening. Plant them in the backyard, grow new plants to nourish the planet, and surprise mum and dad with some unexpected tomatoes.

Here was evidence that supermarkets can still run fun promotions for kids without destroying the planet in the process. 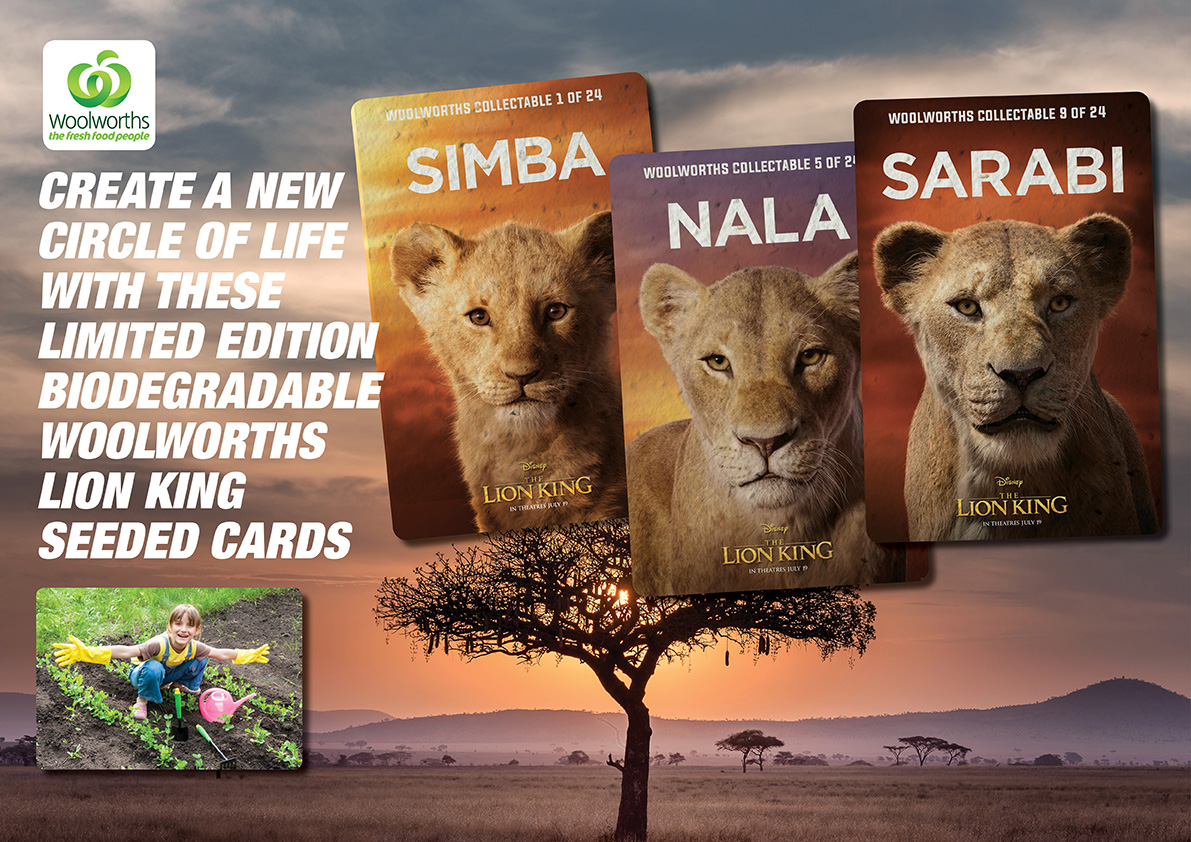 Morley, Whitty, and Wadelton first collaborated on the hugely successful #beamodel campaign for HoMie, the fashion brand run to benefit young Aussies experiencing homelessness. Now, as The Gutterz, they are making Australia and the world sit up and take notice when they raise their voice to call for change.

If you have Ooshie toys and want to recycle them, Woolworths is only accepting them until the 31st of October. After that, it’s up to you where the plastic toys end up.