ALDI and BMF have tackled the misconception that ALDI’s fresh produce is largely imported in their latest Good Different campaign.

Directed by Revolver/Will O’Rourke’s Andreas Nilsson, crafted by Alt.vfx and scored by Turning Studios, the spot captures one of Australia’s lesser-known natural phenomena.

Says David Fraser and Dantie van der Merwe, creative directors, BMF: “The food provenance category is full of earnest farmers and bountiful fields. This created a great opportunity to stand out, and ALDI was bold enough to take it.”

Mark Richardson, marketing director, ALDI Australia said the campaign would capture the imagination of consumers by telling ALDI’s provenance story in a new way: “We know that some Aussie shoppers can’t believe that our fresh produce can be both Australian grown and so affordable. So, we saw an opportunity to tackle this misconception head-on and reframe consumer perception.

“With a campaign like this we could have easily fallen into the category clichés of squinting farmers, in fields, in Akubras. Instead, we wanted to show the migration of our glorious produce and meat as it travels from Aussie farms to ALDI stores. We’ve done it in a way that’s both memorable and builds on our challenger brand tone.”

The Great Fresh Food Migration rolls out across the country this week and includes TV, outdoor, in store, digital, social and catalogue.

This campaign follows ALDI Australia’s recent ‘Good Energy’ announcement, a commitment to power all stores and warehouses with 100% renewable electricity by the end of 2021 – the first supermarket in Australia to do so.

Says Richardson: “Doing the right thing for our customers, whether that be supplying the best quality Australian produce, or reducing our impact on the environment, are commitments worth celebrating.” 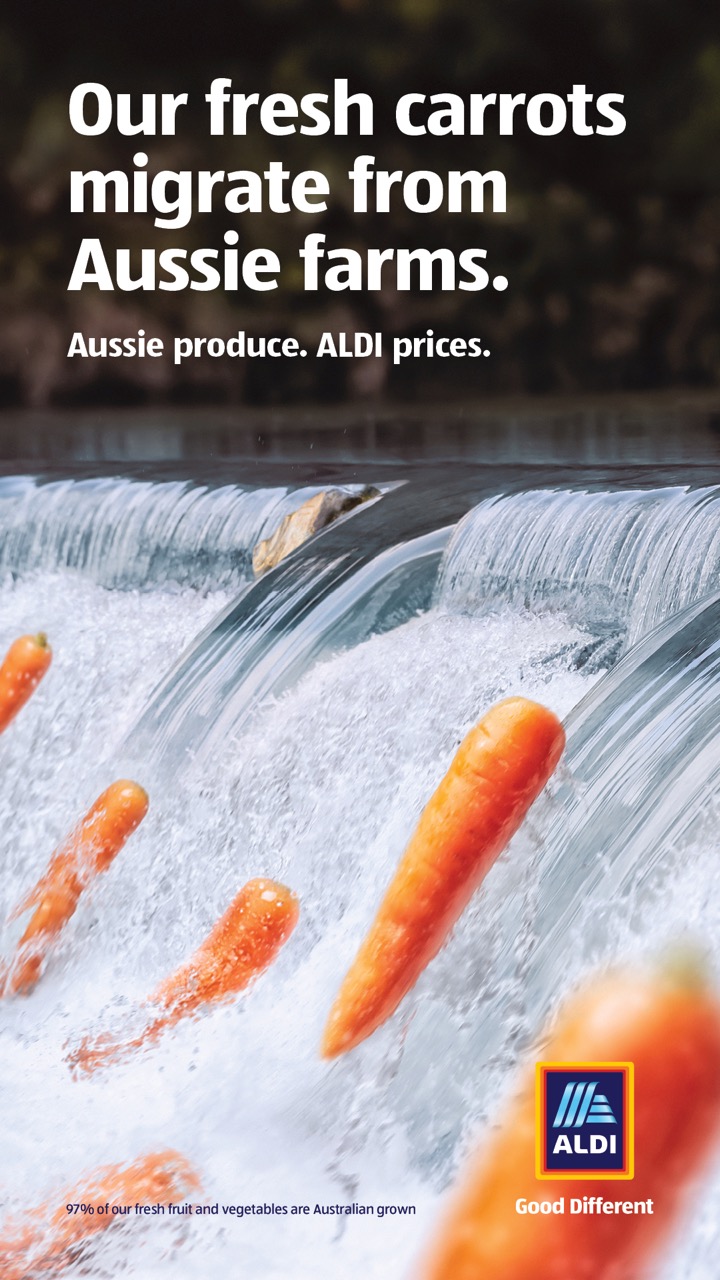 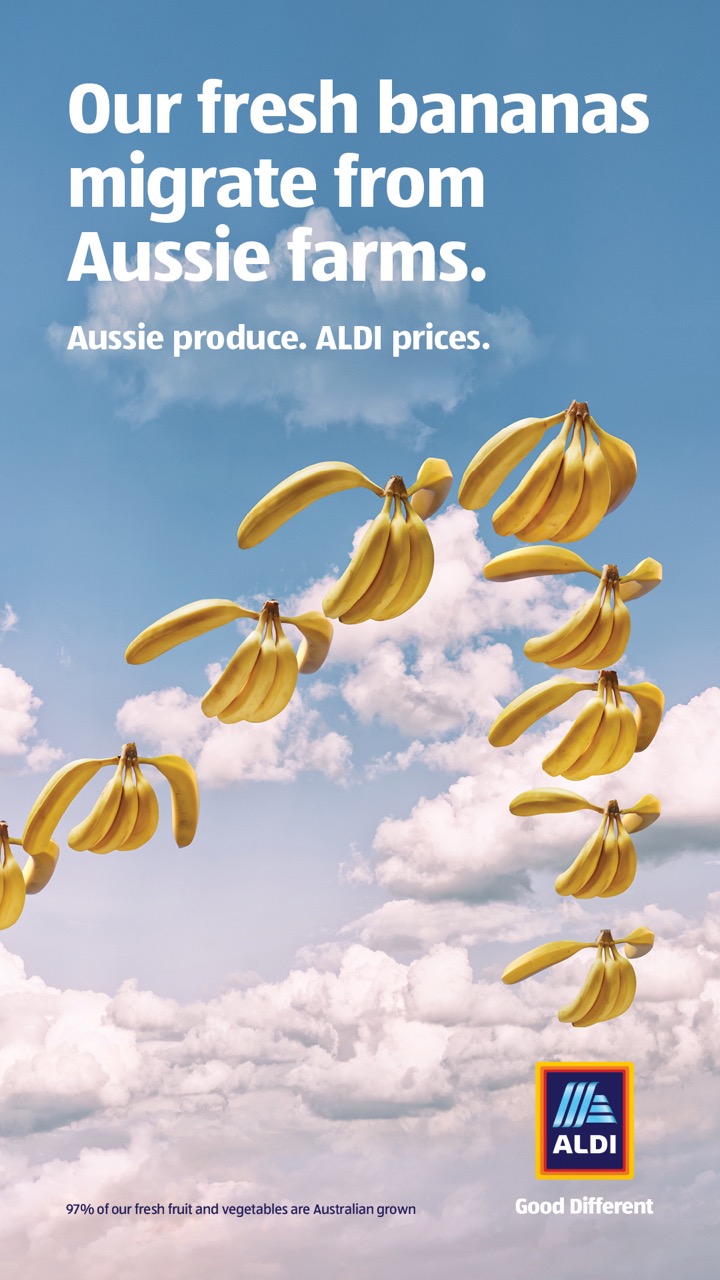 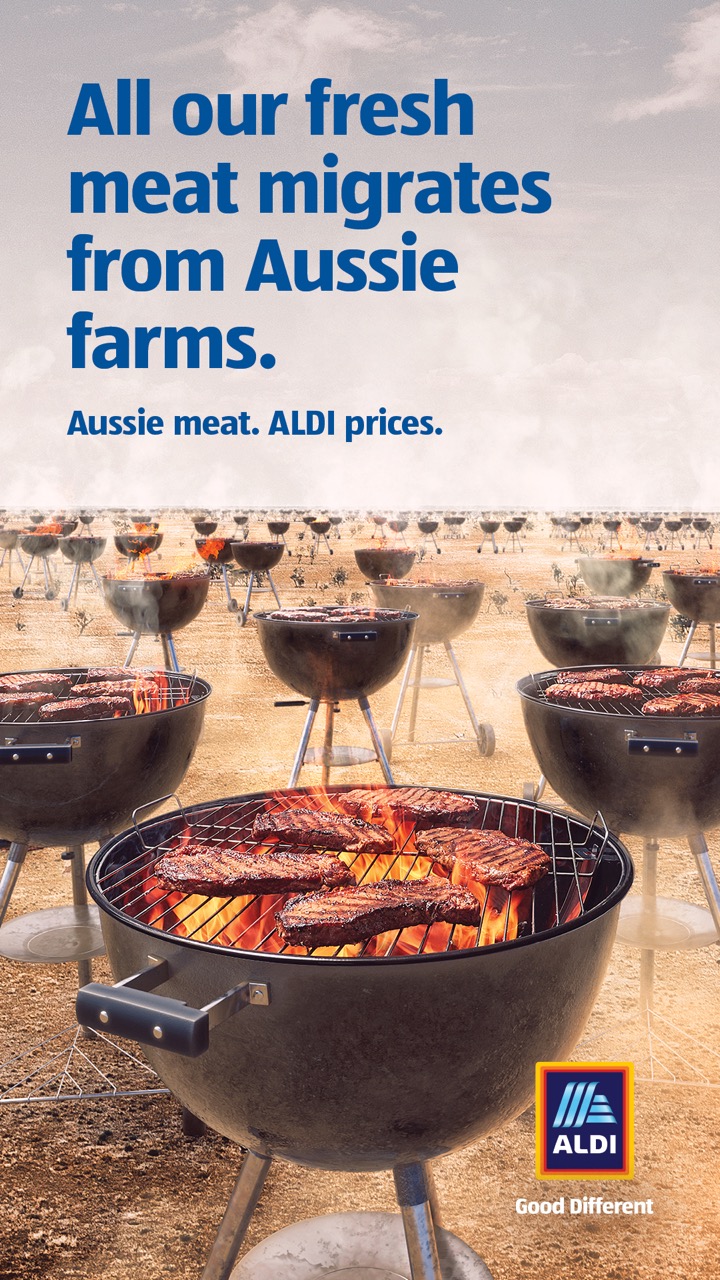