Airbnb has launched a national integrated marketing campaign designed to drive more Australians to venture to regional areas and embrace the warmth of true blue hospitality by staying at a country pub.

The campaign features five publicans from across the country whose pubs were each awarded $50,000 grants as part of Airbnb’s Country Pubs Project. Told through the voice of the publicans, the ads showcase the things to do in and around these pubs and their communities, with each pub featured in the campaign now bookable on Airbnb.

The campaign encompasses a 60 second TVC which will run nationally, and five 30 second state-specific TVCs created for New South Wales, Victoria, South Australia, Queensland and Tasmania. An OOH campaign will run across Melbourne, Sydney and Brisbane from October 7.

Airbnb country marketing lead, Daniel Gervais, said the Country Pub Project was developed after Airbnb Research found two thirds (70%) of Aussies wanted to take a road trip to see more of the real Australia, yet only 14% of Australians have in fact spent a night in a regional pub during the past 12 months.

Says Gervais: “Pubs are the beating heart of our local communities – communities which have been doing it tough due to drought, waning tourism and economic disruption. Through this campaign we really want to shine a light on the characters that make these beloved institutions so special and encourage people to get out of the cities and enjoy a quintessential country experience.

“It’s also about showcasing the incredible things to do in regional Australia – whether that’s exploring an old gold mining town or hiking to waterfalls.” 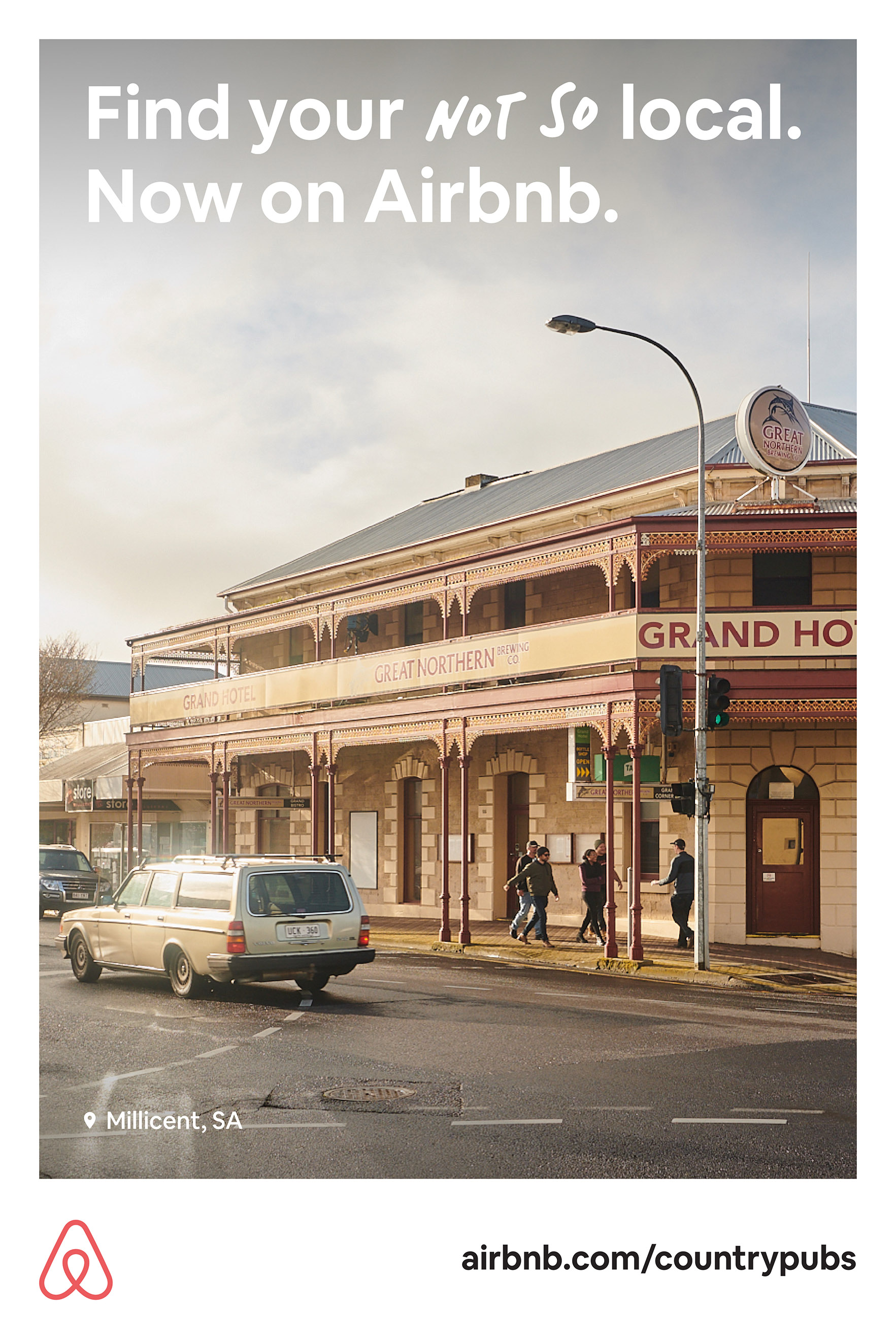 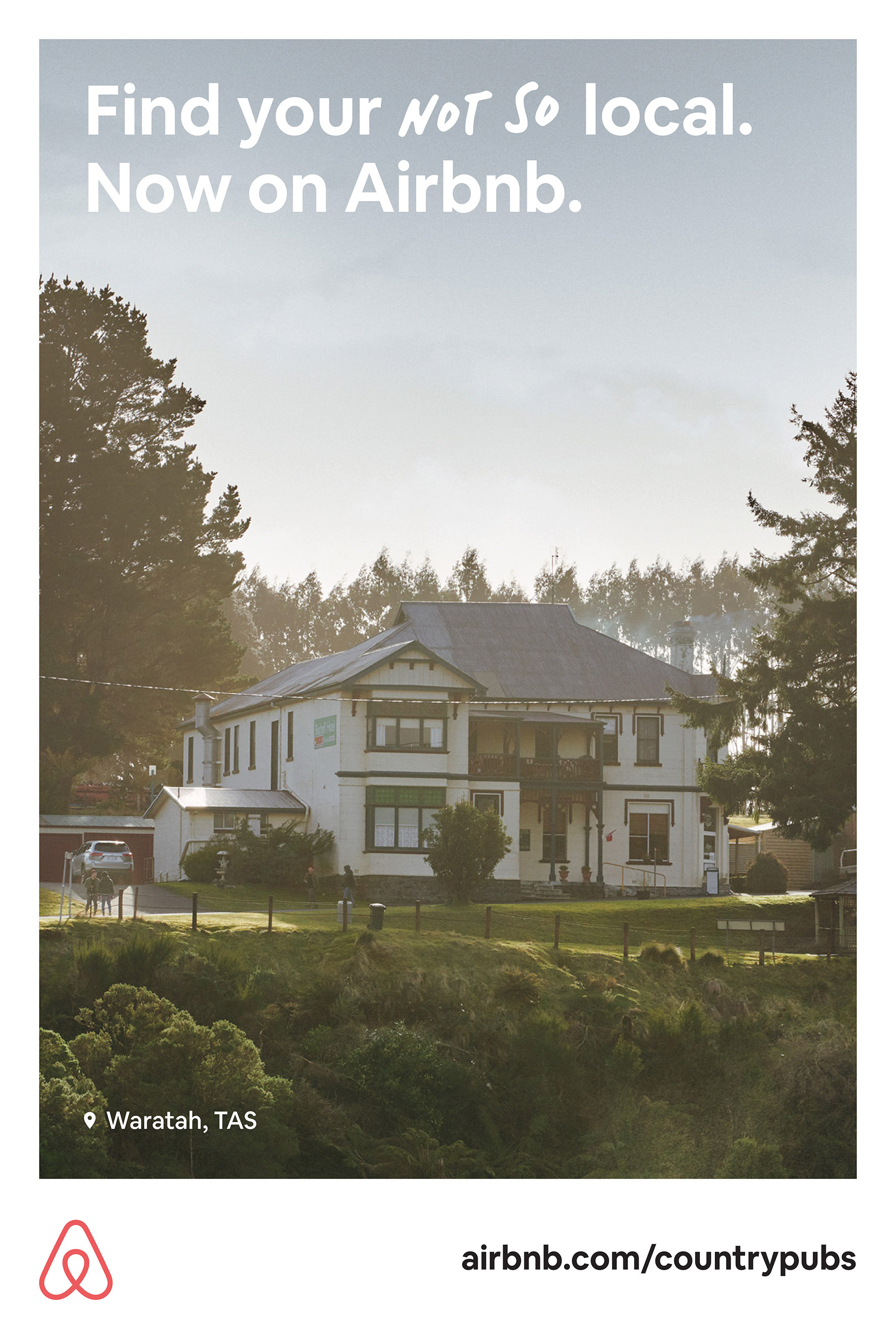 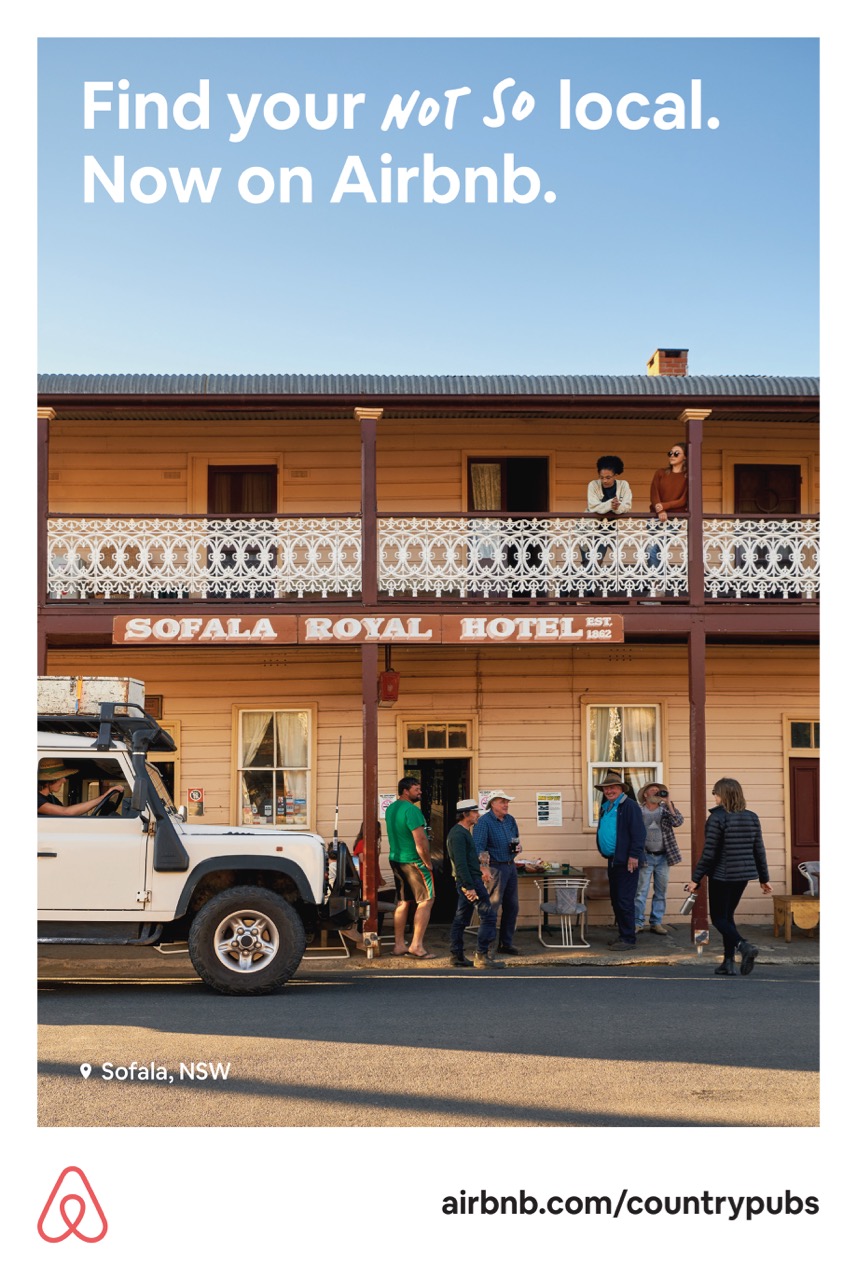 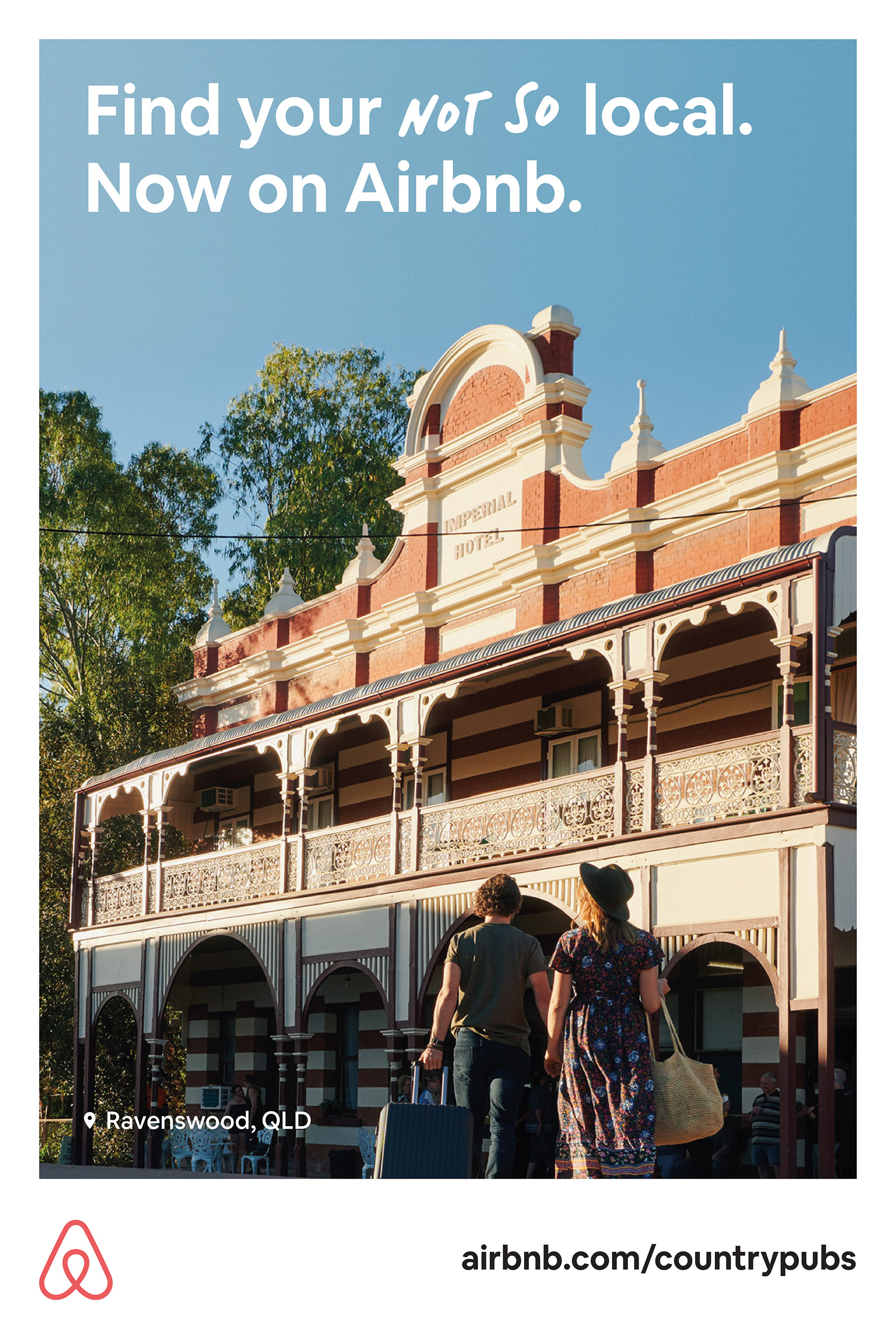 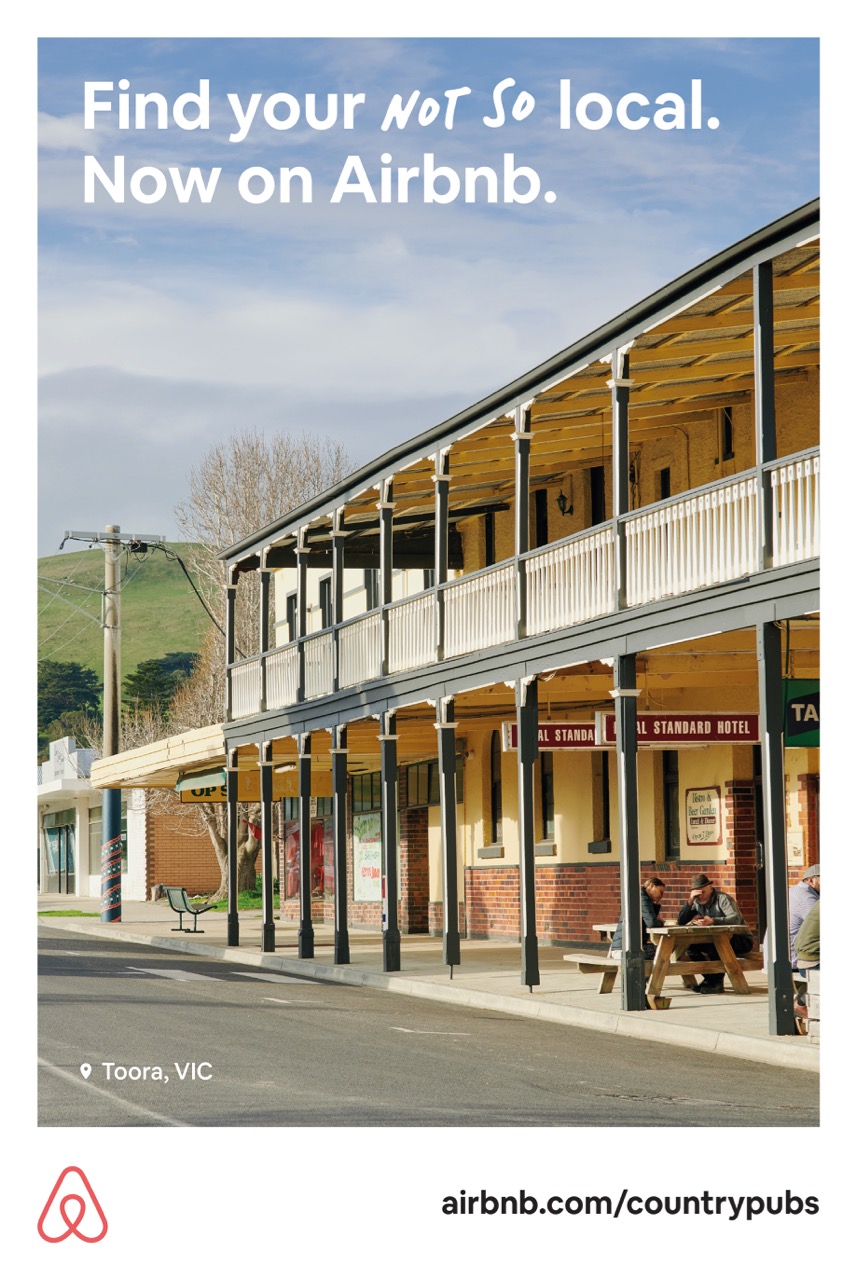