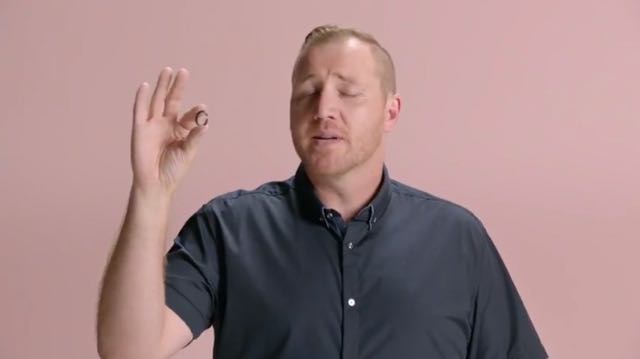 As part of its mission is to create a world where anyone can belong, Airbnb is today asking Australians to make their support of marriage equality known by wearing the symbol of marriage itself – a ring. The campaign was developed by Clemenger BBDO, Melbourne.

Launched with support from some of Australia’s biggest brands including Qantas, Google, ANZ and eBay, and in collaboration with The Equality Campaign, Until We All Belong marks the most public corporate declaration for marriage equality in Australia to date.

The initiative calls on the people of Australia to show their acceptance of marriage equality and commit to wearing a bespoke ring until same-sex marriage is recognised in Australia.

Designed in support from world-renowned designer Marc Newson, this unique, matte black metal ring is a visual representation of the gap in marriage equality and is intricately engraved with the words ‘Until We All Belong’ on the interior.

In a show of support from the advertising industry, production company Revolver/Will O’Rourke, director Jonathan Kneebone/The Glue Society and photographer Derek Henderson rallied behind Until we all Belong and shot the film and stills for the campaign in partnership with Airbnb and Clemenger BBDO.

Airbnb is also making it easier for Australians – no matter where they call home – to get involved by making the rings free of charge and standardising postage costs across the country. To make your acceptance of marriage equality known and receive an Acceptance Ring, visit www.untilweallbelong.com.

Airbnb CEO and head of community, Brian Chesky, said he hopes the movement will spark conversations about acceptance across Australia by putting marriage equality back on top of the nation’s political agenda.

Says Chesky: “Openness and belonging are at the heart of Airbnb – it’s at the core of what we do every day. We are committed to helping people belong no matter where they are in the world and strongly believe that everyone should have the right to marry the person they love.

“This is an opportunity for people to show their support for marriage equality – not just those within the LGBTQI+ community, but for anyone to make their support for a brother, sister, parent, friend or loved one known.”

The Equality Campaign executive director, Tiernan Brady, said this campaign is about the most Australian of our values, which is a fair go for all.

Says Brady: “Two-thirds of the nation as well as a majority of politicians want every Australian to be able to marry the person they love in the country they love. Marriage equality will not change anything for the vast majority of Australians but will make a profound difference to the status and dignity of many.

“It is wonderful to have so many businesses creating this campaign. They do so because they know that equality and fairness is good for their employees, their customers and for all Australians. Until We All Belong sends a powerful signal to parliament that the need for marriage equality will continue to grow in size and determination until the law changes to reflect the will of the Australian people.”