Kiwis are considered as some of the world’s greatest travellers, and while Aotearoa celebrates the return of international travel with borders reopened, Airpoints, in partnership with Bastion Shine and dentsu, have relaunched a new creative platform.

‘Don’t Live Pointlessly’ is a platform designed to show New Zealanders how they can transform their everyday spend to unlock the power and joy of travel. It’s been said that travel should be prescribed as therapy to relieve stress, grow relationships, and aid mental health; and Airpoints want all New Zealanders to experience those benefits.

Airpoints worked with Bastion Shine to redevelop the new brand strategy and platform.

Says Andy McLeish, chief strategy officer at Shine: “The Airpoints programme has been around a long time and there is a huge opportunity to connect with a large part of the member base. We wanted to re-ignite emotional connection with the Airpoints programme through its largest benefit – that it enables anyone, no matter who they are, to get closer to their travel dream every single day.”

The lead 60” AV and social campaign was directed by Adam Stevens and produced by Good Oil.

Says Rich Maddocks, chief creative officer at Bastion Shine: “Reminding Kiwis how they can live a life less ordinary through the power of travel was a fertile creative territory, rich with insight. The challenge for us was to bring that narrative to life in a way that was as interesting as it was true. Hopefully we’ve done that.” 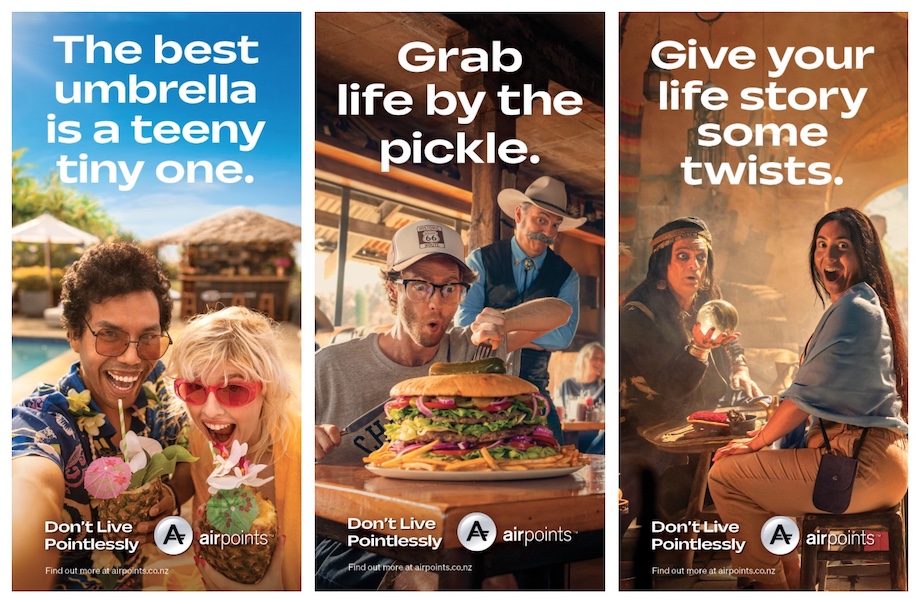 The new platform launched as an integrated campaign across broadcast, digital, social and OOH on May 1.

Further activity is set to launch over the coming months aimed at enhancing engagement with the programme further by showcasing the multiple ways to earn and spend Airpoints.