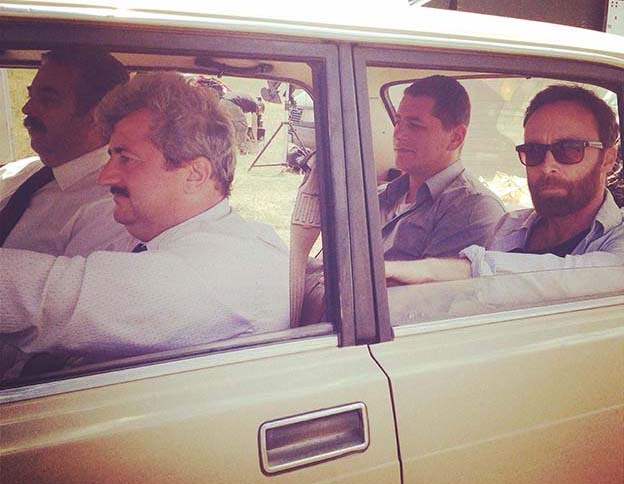 Campaign Brief can reveal that Innocean Australia has announced a restructure of the agency, which will see the departure of executive creative director, Steve Jackson.

Says Jasmin Bedir, CEO, Innocean Australia: “These decisions are difficult at the best of times and even more so in the current rapidly evolving consumer and business environment.”

Bedir, who joined Innocean as its new CEO last month, said that as part of the agency’s global Digital Acceleration ambitions, she planned to transform Innocean into a 21st century agency model and further drive social and digital capabilities and their important role in the customer journey.

Says Bedir: “I’ve been appointed with a mandate for change to transform Innocean to be both future fit and client led. We will be further restructuring Innocean and details of what the agency will look like will be announced in coming weeks. It’s part of our plan to take Innocean from good to great.

“I speak on behalf of the entire agency when I say we would like to sincerely thank Steve for his commitment, passion and great work during his time at Innocean. We wish Steve nothing but the very best for his future endeavours.”

Throughout his career, Jackson has picked-up awards at all the major local and international shows, including D&AD, Cannes and One Show and One Show Entertainment.

A judge at major international shows, including Social Media at this year’s prestigious One Show, Jackson is also co-author of some of Australia’s most memorable campaigns.

Jackson worked at Cape Town’s Jupiter Drawing Room before landing in Australia at Publicis Mojo in Melbourne. He then moved to Sydney where he was promoted to creative director at Saatchi & Saatchi, before heading down the road to Droga5 in March 2011. In 2013 he moved to DDB Sydney as CD on the McDonald’s account and three years later to moved to the CD role at Innocean.

He’s credited on three of Campaign Brief’s top 30 Australian commercials of the first decade of the 21st Century including Toyota’s ‘Border Security’ while at Saatchi’s, Nike’s ‘Reincarnate Now Squirrel’, and Tourism Victoria’s ‘Run Rabbit Run’ from Publicis Mojo, where he also kicked off Toyota’s ‘AFL Legendary Moments’. The Toyota Border Security campaign alone received five Gold Lions at Cannes, another three at Spikes and D&AD and is Saatchi’s most awarded campaign ever.