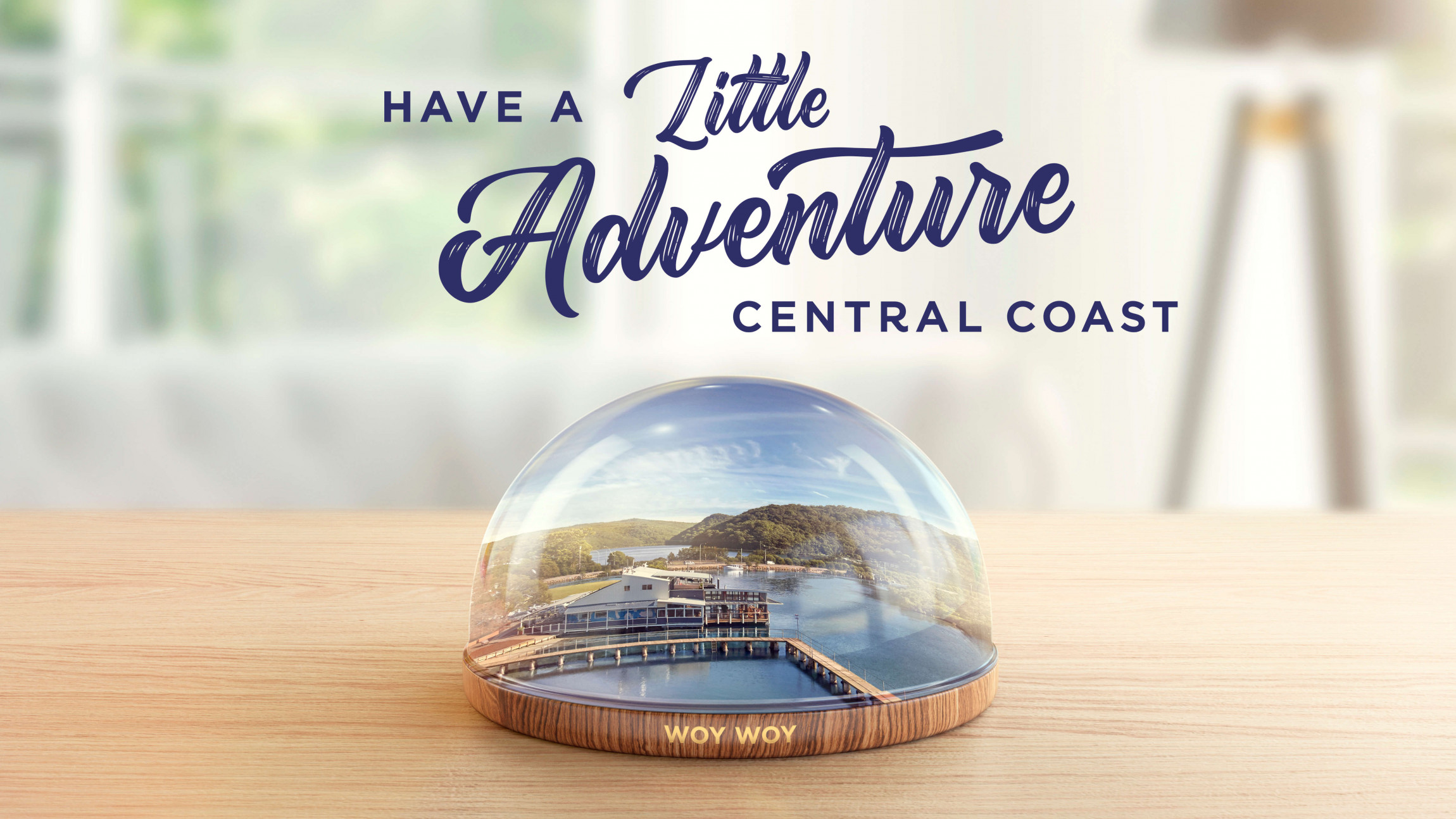 AFFINITY and Ogilvy Australia flew the flag for Australian advertising at the IPA Effectiveness Awards, the world’s most rigorous and prestigious Awards scheme, as both agencies picked up special prizes for their outstanding efforts. The prizes were announced at a virtual awards ceremony last night (Monday 12 October).

AFFINITY claimed a Silver award and The Tim Broadbent Prize for Best International for revitalising tourism in Australia’s Central Coast. It had two core objectives, changing the attitudes of local tourism businesses towards the effectiveness of advertising, and building a strong, positive Central Coast brand to overturn negative perceptions of the Central Coast among Sydneysiders, particularly Gen X and ‘Empty Nesters’.

After a multivariate positioning test to determine the strongest positioning and distinguish claimed from actual behaviour (purchase behaviour). This led to a focus on ‘micro-adventures’ – a whole world of easy, accessible, little adventures for Sydneysiders to enjoy, communicated through TV and digital media, while workshops, e-communications, and ‘Town Hall’ presentations ignited local businesses. The results were outstanding, changing perceptions of the region while growing tourism revenues by 22.7%, contributing an additional A$240m over two years.

Ogilvy Australia celebrated a Bronze prize and Best Small Budget for its campaign to improve quality perceptions of KFC’s food by rallying Australians behind the ultimate underdog story – earning the world’s most remote KFC restaurant a Michelin star. The entirely earned-media campaign tapped into highly emotional, and uniquely Australian version of national pride and sparked national and international conversation for four weeks.

While ultimately unsuccessful in earning the restaurant in Alice Springs a Michelin star, the campaign drove incredible results for KFC, leading to A$91m of incremental revenue and a ROMI of 1549%, doubling the category sales growth and had a significant impact on the public’s perceptions of KFC quality despite in their own words, ‘having no rational messaging whatsoever’.

Says Sue Unerman, convenor of judges and chief transformation officer, MediaCom: “Ogilvy Australia and AFFINITY demonstrate the wonderful variety of entries into this year’s IPA Effectiveness Awards. Both case studies are remarkable in their own right, with innovative thinking and execution of ideas that were hugely successful. Congratulations on your fantastic success and well deserved Awards.”

The IPA Effectiveness Awards are the world’s most rigorous and prestigious Awards scheme with entrants having to prove the payback of their communications activity. In total five gold, six silver and 14 bronze prizes, along with 10 special prizes, were awarded to companies internationally, including in Australia, Canada, mainland Europe and the UK.

Bronze winners:
Aldi UK by McCann Manchester and Gain Theory – Aldi 2010-2019: How taking an alternative path took Aldi from shame to pride
Cotswold Co. by Creature – A leap beyond optimisation
Formula 1 by Ogilvy – Unlocking the value of direct-to-fan for Formula 1
Heineken 0.0 by Heineken, Publicis Italy and Starcom NL – Taking Heineken 0.0 to the parts other beers cannot reach
KFC by Ogilvy Australia – Michelin Impossible: How an Aussie underdog took on the food establishment
Lloyds Bank (Lloyds Banking Group) by adam&eveDDB and MediaCom – Lloyds Bank: The power of Pure Brand
NHS England by MullenLowe London, MullenLowe Open and Mediahub UK – We are the NHS
PPI Deadline (Financial Conduct Authority) by M&C Saatchi and Manning Gottlieb OMD – Billions to millions
Royal Navy by ENGINE and Wavemaker London – Building a brand fit for the biggest decision of your life: Made in the Royal Navy
Tango (Britvic) by VCCP – Rescuing Tango from a Sticky Situation
The Campaign Against Living Miserably by adam&eveDDB – Breaking the silence: How an image, not an ad transformed the way the UK treats male suicide
Truth Project (Independent Inquiry into Childhood Sexual Abuse – IICSA) by MullenLowe London and Bray Leino – Making the unspeakable speakable
wagamama by MullenLowe London and the7stars – Stirring souls and selling bowls the wagamama way, through the secret power of cinema
WaterAid by The Kite Factory – A partnership that has saved five million children’s lives and built a new model for fundraising