ADMA secures most followed CMO on Twitter, Ted Rubin of Collective Bias, to speak at its Global Forum in Sydney, held between 7th – 9th August 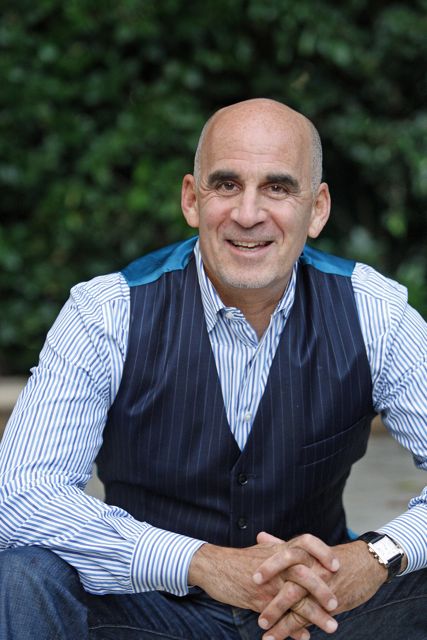 The ADMA has announced that Ted Rubin (left), chief social marketing officer of Collective Bias in Bentonville, AR and most followed CMO on Twitter will join the impressive line of speakers at the ADMA Global Forum 2013 this August in Sydney.

The native New Yorker is a leading social marketing strategist who, in 2009, coined the term ROR (Return on Relationship), a concept he believes is the cornerstone for building an engaged multimillion member database. It’s a back- to-basics measurement that calculates how well brands create real connections, interaction and engagement with customers.

Collective Bias is a social shopper media company that drives retail sales through the coordinated creation of social media stories on a variety of social media platforms.

Says Jodie Sangster, ADMA CEO: “We are really excited to have Ted Rubin coming to Forum. Ted is a real social media guru. He believes social media is bringing us back to our face-to-face roots and is not a passing fad. People prefer to get their information and buying decisions via social channels and if you want to continue reaching your prospects in this social media age, you need to focus on building relationships.

“Executives often dismiss social media because they still think it is people just talking about what they ate for breakfast. But it has moved beyond that and Ted can talk about how people are building relationships and creating real dialogue within their networks using social tools. He sees influencers constantly emerging where anyone can build an audience and effect change, advocate brands, build relationships and make a difference.”

Many people in the social media world know Rubin for his enthusiastic, energetic and undeniably personal connection to people. According to Social Media Marketing Magazine and Say Media, Rubin is the most followed CMO on Twitter (over 100,000 followers @TedRubin) as well as one of the most interesting. He also has one of the deepest networks of any marketer in the social arena.

ROR is the basis of Ted’s philosophy (it’s all about relationships) and in January he published a book about it called Return on Relationship. He is also a speaker and contributor to Mashable and I.B.M. Smarter Commerce.

Prior to joining Collective Bias, Ted worked for e.l.f. Cosmetics and OpenSky. He made both companies social media giants using Twitter to grow their followers to 60,000+ and 100,000+ respectively. There are 500,000 followers for Collective Bias’ Twitter handles and the number is growing.

Rubin has a profound online background beginning in 1997 working with best-selling author, entrepreneur and agent of change Seth Godin at Yoyodyne, which was acquired by Yahoo! in 1998. He has also worked for Big Fuel Communications as a social marketing and engagement adviser and is on the advisory boards of Blue Calypso, EvenVoice, OpenSky, SheSpeaks, Zuberance and Crowdsourcing Week.

He holds a Bachelor of Science in Business and Economics from Cornell University.

Rubin is the fifth international speaker to be announced by ADMA in its plan to make the forum a truly global event from now on.

For more information visit www.admaforum.com.au and Twitter @admaforum. Over the next few months ADMA will be introducing the speakers via website interviews.