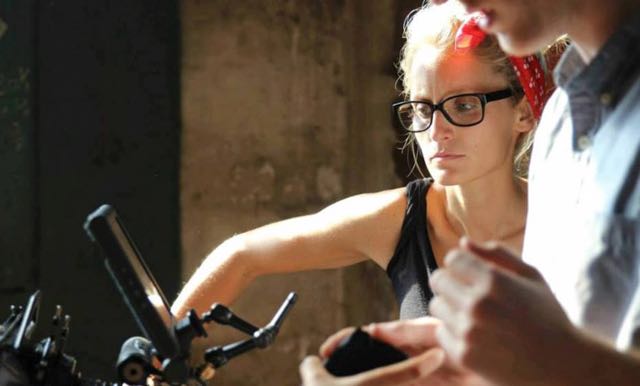 Eight recipients of the first Australian Directors’ Guild’s (ADG) Commercial & Content Directing Mentorship program were announced at an event last night at FINCH attended by members of the screen and advertising industries.

Acclaimed director Gillian Armstrong was on hand to announce each of the recipients and the Commercial Producers Council production companies they will be mentored by throughout the year.

The recipients of the 2017 ADG Commercial & Content Directing Mentorship are:

Says Anderson: “Currently female directors make up just 10% of directors represented by commercial production companies in the advertising sector. We’re aiming for this program to help dramatically increase that figure.”

Says Fiona Cameron, CCO, Screen Australia: “At its core, Gender Matters is an unashamed express lane for women in an industry where just 16% of directors of Australian feature films between 1970 and 2014 were female.

“As one of the 13 Gender Matters: Brilliant Career recipients, I wish to congratulate the Australian Directors Guild for so quickly translating their funding into tangible job opportunities for these eight talented women. And to Arielle, Bree, Cassie, Kate, Laura, Lou, Natalie and Sinead, I would say, this is your chance – learn everything you can now, and when down the track you find yourself in the position of hiring people, remember to be conscious of building the most inclusive workplace you can.”

Says Tony Hale, CEO, The Communications Council: “As an organisation we are committed to making commercial creativity one of the most valued professional services in Australia, and a key element of this is to support and encourage gender diversity within the industry. We look forward to working with the recipients and leaders of the Commercial Content Directing Mentorship program and are excited to see where their careers will take them.”

As part of the mentorship program, the recipients are expected to spend several months with producers and directors from the production company they have been placed with to get a firsthand look at all facets of commercial content production, meet potential clients and advertising agency representatives and continue to work on their craft as directors.

The ADG received applications from 34 female directors from which the successful eight were chosen.

Applications for the 2018 Commercial & Content Directing Mentorships will be open later this year.

This program has been made possible by Screen Australia’s Gender Matters: Brilliant Careers initiative and the partnership and participation of the Commercial Producers Council and The Communications Council.