A regular at St Kilda games, Bana has been a die-hard Saints fan since childhood and recently commented: “I’m thrilled and honoured to be invited yet again by the Saints to be the number 1 ticket holder for 2020.”

The powerful new 2020 ad campaign sees Bana lend his iconic voice to the “Together we Rise” campaign which celebrates the past but looks strongly to the future as St Kilda Football Club embarks on a new era with the launch of the inaugural Saints AFLW team on February 9.

Says Adam Hilton, CEO, Stratosphere Advertising Agency: “The Stratosphere creative team have brought to life the ‘Together We Rise’ campaign with a heartfelt tribute to the past while embracing the now with renewed vigour and outright honesty – just like St Kilda Football Club.

“This campaign is emotive and engaging and I can’t think of a better way to inspire and encourage new and emerging St Kilda supporters to join the Saints army in 2020. Enlisting a great actor like Eric, one of the clubs most passionate and loyal members to speak from the heart, was inspiring to watch.”

Says Calzak Bowen, general manager of marketing at St Kilda: “Members are central in the club’s pursuit of success and this campaign is designed to reflect their passion, commitment and loyalty. It’s our hope the ”Together We Rise” campaign will assist us in achieving a record of 50,000 members and support the club’s climb up the ladder in 2020.”

The campaign will be rolled out across TV, radio, social and outdoor this week. 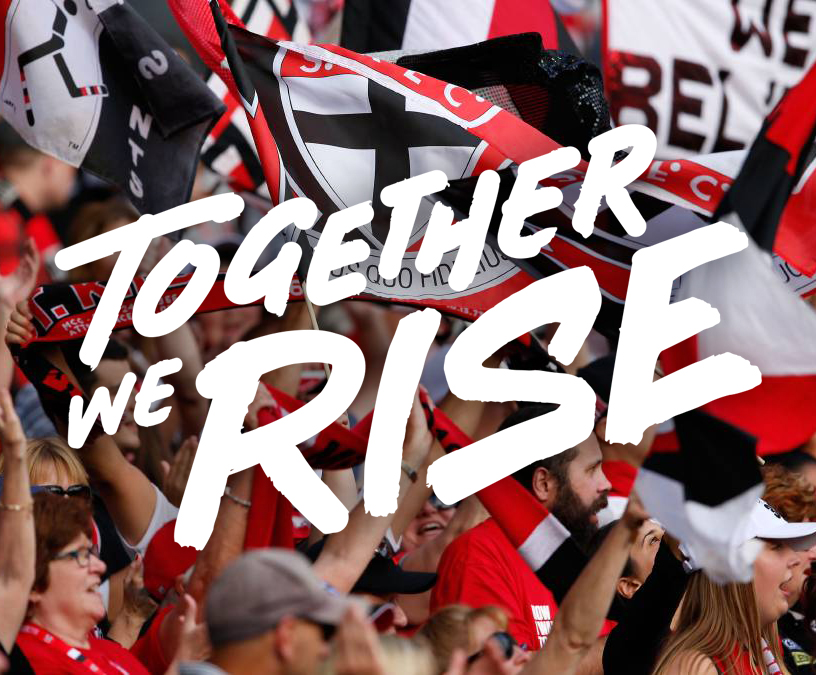