Optus has released the latest instalment of its latest 5G campaign from creative studio Bear Meets Eagle on Fire and director Andreas Nilsson through Revolver/Will O’Rourke.

The film follows on from the recent launch of 5Grannies, 5Guitarists and 5Geniuses and continues with the simple structure of using character groups of five people that begin with the letter ‘G’. This spot brings together 5Game Characters, from different gaming genres, to explain the benefit of 5G bandwidth.

Says Melissa Hopkins, head of marketing, Optus: “This is my personal favourite. A thoroughly enjoyable ad, that’s had an incredible amount of craft and love applied. The finish on this execution is second to none, as an industry we should be incredibly proud of the talent we have here in Australia.”

Says Jay Hawkins, post supervisor, Alt.VFX: “This was a fun one. We knew we had to convey these as video game characters and not just something plucked out of a cartoon, so we played on styles from different genres and eras of games to allow for a quick read”, “Shooting with proxy ‘human’ talent on set allowed us for real world interaction and a great base for us to bed our game characters into reality.” 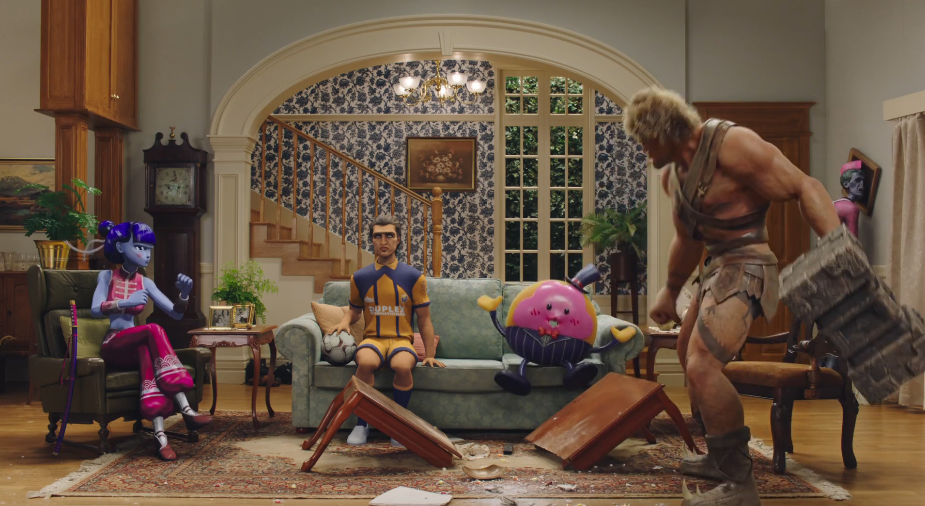 Leave a Reply to I like it guy Cancel reply