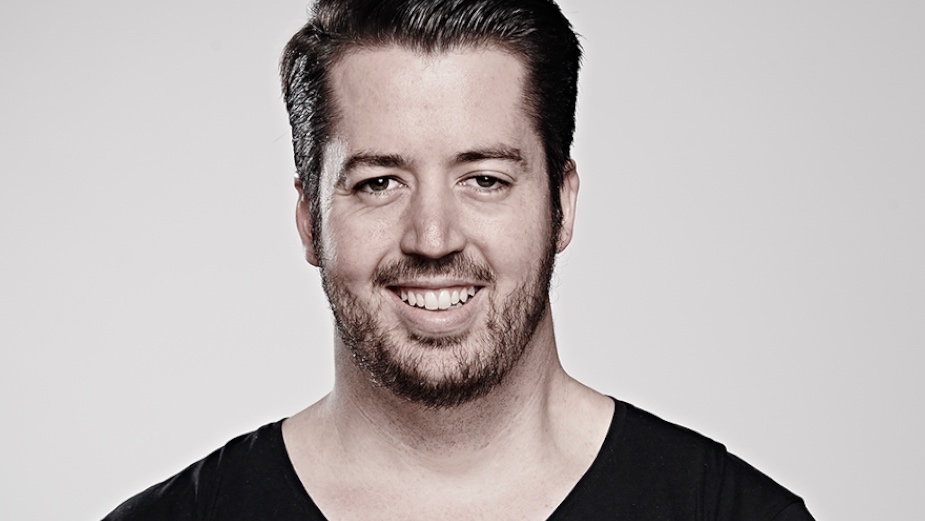 TBWA\Melbourne creative director Matt Stoddart on going solo after working with six creative partners and having the power to change the lives of many.

Looking at Matt Stoddart’s advertising career it’s hard to pinpoint just one project that has had the biggest impact on an Australian audience. From a venture that cut gambling in the state of Victoria to celebrating and making the LGBTQI+ community feel safe as they walk down the streets, he has an awe-inspiring portfolio. But, Matt’s career wasn’t always mapped to go this way and after a few years working as a multimedia developer he stumbled into the industry by chance at an award ceremony. This and being mistaken for a client thanks to his smart dress sense landed Matt a role at Clemenger Proximity over a decade ago.

Since then he’s moved from his home in New Zealand to Australia and back again, been part of six creative partnerships and is now creative director at TBWA Australia. LBB’s Natasha Patel speaks to Matt about the past decade in advertising, working through the Covid pandemic and his favourite projects.

LBB: Let’s go back to the start to New Zealand and your early days.

Matt: I grew up in Christchurch, New Zealand, which is known for being flat, having lovely gardens, and unfortunately, earthquakes. I was a naïve but curious kid who was quite average at sports, but great at annoying people with lots of questions. Given that I was average at sports, somehow that naturally made me slightly better at arty-creative-things; like drawing, making things, and storytelling. As I got older, my storytelling evolved into quite detailed and elaborate lies, to the point where most of the kids in my class thought we genuinely owned a horse.

LBB: After studying you took on a role as a multimedia developer and worked on graphic design and animation, does any of this play into your role as creative director today?

Matt: I’ll always be thankful to the small agency that gave me my first opportunity straight out of college – they enabled me to put everything I had just studied into practice – which was quite rare at the time. On an average day, I was bouncing between animation, 3D modelling, web design, video editing, After Effects, but also graphic design and concepting. The understanding I gained on all of those processes definitely still helps me on a day to day basis, working with our animators, designers and editors at TBWA. I particularly enjoy the editing process these days. One night we were working late and my editor got stuck in the lift, so I happily jumped in and kept the edit going while we waited for lift maintenance. Editors love it when CDs help out like that.

LBB: And from there your first ever advertising role was thanks to a serendipitous meeting. Tell us more.

Matt: It sounds cliché, but I got offered my first role as an art director at an advertising awards night. A couple of pieces of my design work picked up, and I ended up getting the ‘New Creative Talent Award’. I was up at the bar, grabbing a celebratory beer, and the ECD of one of the bigger agencies in Christchurch struck up a conversation. It was a strange situation because I was so thankful and loyal to the small multimedia agency that first hired me, that I didn’t know how to react to the proposition of being poached. The title of art director was also foreign to me, and I can remember my parents being convinced that they had made a mistake because it sounded far more senior than it obviously was.

LBB: Many moons later, you moved from New Zealand to Australia – without a job! What was this experience like?

Matt: Firstly, I had a mild panic attack on the plane over. But then I took the old-school approach and literally door knocked all of the agencies in Melbourne I wanted to work at. To re-emphasise my small-town NZ naivety, I literally turned up to a meeting at Clemenger BBDO wearing dress pants, dress shoes, and a tucked-in collared shirt. I remember sitting in the waiting area and people walking past smiling at me and being really friendly, only later to find out from the ECD I met with that they probably thought I was a junior client. Luckily my work spoke louder than my dress sense, and I managed to pick up a role within that same building at Clemenger Proximity.

LBB: Those early days saw you part of a few creative partnerships. How was it working so closely with others?

Matt: I’ve been fortunate enough to have had six different creative partners put up with me across my career. And for no particular reason, they have alternated from male to female every single time. They all ended for positive reasons, with the most interesting one being my first partner in Melbourne, who decided to leave the industry with a dream to open her own patisserie. So, I basically got dumped for a cherry danish. I’m still friends with Stef so I know she won’t mind that joke.

That move led to me working alongside a very senior CD at a smaller agency and seeing first-hand what that job entailed day-to-day. Fast forward to TBWA when my writer – Ash, and I got promoted to CDs, that created a whole new partnership dynamic altogether. Both of us very quickly realised that we didn’t gel as well as a CD team as we did as a creative team, so made the call to divide and conquer on briefs. Which ended up being the best result for both of our personal development, he’s over in NZ now kicking goals at our Auckland office. My last partnership with Tara wasn’t for very long, but I learnt a lot from her in the short time we shared an office. She had a lovely way of letting the creatives find the answers to problems themselves by asking the right questions.

LBB: Now you’re flying solo at TBWA Melbourne, how does this responsibility make you feel?

Matt: Somebody much more poetic than me once said “the harder you work, the luckier you will be”, and I absolutely live by that statement. I feel incredibly lucky to be able to creative direct our extremely talented group of teams alongside our other CDs, but I also feel like I’ve done the hard work to earn the privilege. I’m naturally a very competitive person in everything I do, and as a creative, I always found myself looking for healthy competition with other teams.

Becoming a CD completely flipped that mentality on its head. I immediately realised that the feeling I got from helping other creatives do great work, far outweighed any personal achievement I had in the past. Dedicating time to junior creatives and graduates is something that I’m also really passionate about, and I try to spare as much time as I can to review folios and help get them in the door somewhere.

LBB: I read that you successfully guilt tripped Australians to visit their parents more with the aptly titled ‘Guilt Trips’ campaign. You have to tell us more…

LBB: The Guilt Trips campaign came from one of those small ‘keep it moving’ briefs, that every now and then you spot an opportunity in. The original brief my partner (Natasha Wood) and I received was to deliver a concept for a print ad and an eDM targeting young adults to visit their parents in the country, via a V/Line train. Having just joined the agency from a more direct focused one, we saw an opportunity to make it a bigger integrated campaign.

So, Tash and I decided to flip the strategy and target the parents instead, leading to the idea of the Guilt Trip. A prepaid train ticket that parents could send to their children, with a heap of guilt wrapped around it. With the help of another writer –Tristan Graham, the three of us exploded it out across about seven different media channels, with all of them pointing towards a bespoke website where parents could buy and send their guilt trip. Out of all of the guilt trips written, my favourite would still have to be – ‘Joan’s son visited her yesterday, isn’t HE nice.’ A gentle but effective burn.

LBB: And from there to a more sombre note with the ANZ Signs of Love campaign that highlights how unsafe LGBTIQ+ people feel in Australia.

Matt: The idea for Signs of Love started with a really compelling stat we discovered in new research. It identified that 84% of LGBTIQ+ individuals believed that there were still parts of Australia where they feel unsafe. So, the festival’s celebration of diversity and commitment to social equality would feel a long way away for those living away from the famous Oxford Street parade-route. With that in mind we started exploring ideas, and came across a simple but wonderful fact – there are actually 123 Oxford Streets in Australia, with most of them located in regional and rural areas.

So, we decided to transform Oxford Street signs nationwide into unique representations of LGBTIQ+ culture, from sailor flamingos and rainbows, to fiercely proud unicorns bursting out of the ground. The outpouring of love the signs received was phenomenal, triggering lots of local and national conversation in support of LGBTIQ+ communities. It really reinforced how meaningful and important it was to do the campaign.

LBB: Speaking of meaningful campaigns, you worked on a really important project that cut gambling in Victoria and ended in tears (of joy)…. tell us more

Matt: This was the first campaign for me that I truly felt the impact of what creativity could do. The brief was actually a pitch brief, and the idea that we proposed was to show the true impact of gambling by taking the viewer into the homes of four people who suffered from gambling addiction for 100 days. Each day, the four people would make a video diary entry on cameras that we had set up, talking us through the challenges that day had presented. Each week we gathered all of the footage, watched it all, and timecoded the most impactful moments to use for that week’s TVC.

We did this for 14 weeks and between my writer and I we watched over 100 hours of footage. The diary entries as you could imagine were a rollercoaster of emotion, from happiness to absolute rock bottom, and it was genuinely heart-breaking to watch. But that was the point. It had to be provocative to open the eyes of other sufferers, their friends and family. The weekly TV spots directed our audience to the ‘100 Day Challenge’ website, a bespoke website that we built and wrote from scratch, that provided problem gamblers with a counselling program and a community forum for support. It was also a place to send messages of good-will to our four hero volunteers as they gave us an unfiltered window into their individual struggles. At the end of the 100 days our 24-year-old volunteer Matt, who estimated his gambling losses to be upward of 200k, had not gambled once. At our wrap-up event, he said this program had genuinely changed his life. There wasn’t a dry eye in the room. Continue reading on LBB…