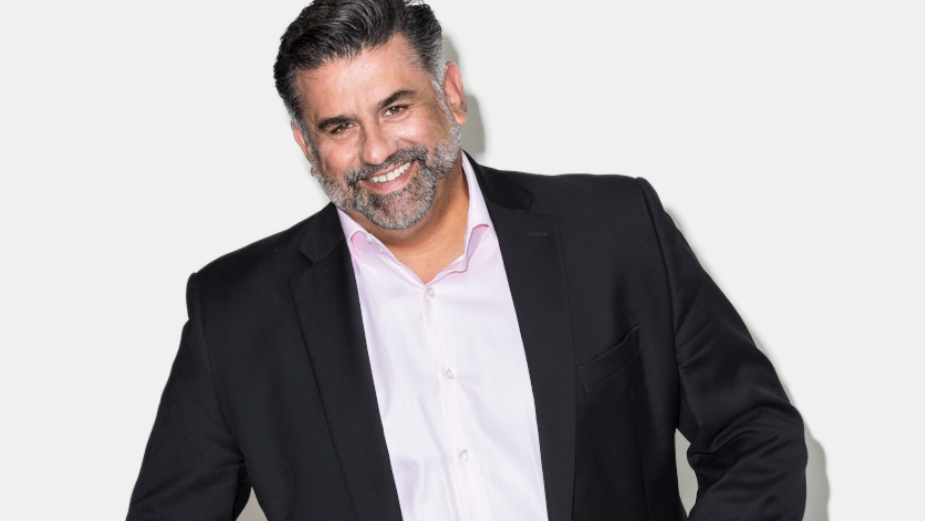 Ogilvy Australia CEO David Fox on why he believes the Australian ad industry is under its harshest test right now – and what can pull agencies through.

Most creatives will agree that to be resilient is one of the most important traits they need to be successful in their career. For David Fox, this came early on in life. The Australian creative is part Sri Lankan and was often bullied in the playground for his darker skin. However, this and the values he picked up from his adopted parents and birth mother taught him much about resilience, kindness and empathy.

These beliefs are ones that David has taken with him throughout his career, from his “open and honest” managerial style to speaking out publicly on social media to show his support for Indigenous people. David isn’t one to shy away from speaking up for what’s important and even jokes that his job title is now ‘Chief Mask Wearer’ as a nod to the times we’re living in.

LBB’s Natasha Patel speaks to David about diversifying the industry, the changes he’s seen since joining Ogilvy in 1999 and the culture shock he faced when landing in London to work.

LBB: Take us back to the beginning. Where did you grow up and what was your childhood like?

David: I was raised in the western suburbs of Sydney in a place called Old Toongabbie which is nestled between Parramatta and Blacktown. I was adopted to my parents who raised me with good values and the importance of being true to myself. I eventually met my real mother who was then residing in Perth which was a scary but amazing experience.

I remember my adopted mother wanting to meet my real mother when she was in town once, so I set it up. I was clearly nervous, as you never know how these things will go. When my adopted mother arrived, she had a plastic bag and in it was a photo album of all my baby photos which she had made to give to my natural mother. I’ll never forget the words, she handed it to her and said, “This is your son”. This taught me a lot about empathy and kindness no matter the stakes.

In 2006 when I got married both my mothers sat next to each other at our wedding which was a remarkable moment for all our family. I’m close to them both.

LBB: How did those early years form the creativity that ended up steering you in the direction of advertising?

David: Due to being part Sri Lankan I had a little darker skin than pretty much every kid growing up in sunny Toongabbie. I was called various names and “chocolate drop” was one which came up quite a bit. I didn’t quite understand it all then, however after a while it did teach me to be resilient and to not worry about what others said about me as it’s their issue not mine.

It’s a great debate around nature versus nurture as everyone who I grew up with thought a great job was one where you did nothing and ‘bludged’. I had a different view and wanted to do something fun and exciting. I first became interested in advertising in my early 20s when I used to see Australian advertising veteran John Singleton in the social pages having fun and thought he had a cool job – that’s what I want to do. I eventually worked at his agency with him and today, I run it. It’s amazing how life can turn out.

LBB: You first joined Ogilvy in 1999, what key changes have you seen since then?

David: Everything has changed and then again nothing has. I still believe now, like I did then, that creativity is one of the most powerful weapons we can use to change people’s view of a brand, issue or belief, we just deliver it differently today.

Working with clients and colleagues is all about relationships built on trust. That our industry is still full of people who are brimming with confidence however have little competence. I think the biggest shift is in the management style of leadership today. In the past, fear was a key driver in getting results – it’s just how it worked. Respect was given to a person because of their title – it wasn’t always earned like it is today.

LBB: Have you seen a shift during this period of consumers moving away from print consumption to digital?

David: I was watching Media Watch the other night and they were talking about News Corp and my wife said to me “do people still read newspapers?” I think any business that fails is because it allowed itself to fail and was unable to renew its value with a consumer based on changing consumer behaviours. A business fails because of poor leadership – no other reason. The New York Times is seemingly doing well (profit and readership up from their last results) as they believe investigative journalism is a key pillar of growth. It’s simple really, you cannot read their best work anywhere else whereas most news today is commoditised.

It’s a strategy that’s clear and seems to be slowly working. Magazines are dying out here because of poor leadership – look at Bauer Media – a true cluster of a period recently. The answer is yes, they are dying out, but not because the world has changed and they are irrelevant, because leadership failed and made them irrelevant.

LBB: With that in mind, how do you view Australia’s creative industry?

David: I always believed the Australian creative industry has punched above its weight globally, based on population size and outputs. We seem to do well at many awards shows even though we do not have the production budgets of the US or the UK. It shows you don’t need big budgets for great work, and you don’t need 60 seconds to tell a story – 15 seconds is fine… “Did someone say KFC?”

The greatest challenge for agencies right now is do we have the right leadership to navigate the future of our industry or do we go the way of newspapers and magazines. If we cannot attract the great talent to lead our agencies, then we will fail. So, I would categorise the Australian ad industry as being under its harshest test right now and we will see who dies, who survives and who thrives over the next few years.

LBB: From what you’re saying leadership is so important! Tell us about your managerial style.

David: Always open and honest and say it how it is. I cannot stand the posturing and bullshit of some leadership. Leaders who lie to themselves are simply living a lie and their company will fail. I try to always speak with clarity (like in the last sentence) so no one is unclear on what we need to do in any given situation.

Most importantly I have one key job as a CEO – attract great talent who become great leaders. I have always believed this and will always believe this. How do you achieve it – by understanding that we are a people first business. The majority of any agency’s outgoings are salaries – people are our largest asset. Yes, we have and need great clients, however clients won’t stay unless we have motivated, happy and inspired people working on their business. I believe that having an involved, engaged and inspired group of leaders all heading in the same direction is an unstoppable force.

LBB: You were vocal on Twitter when addressing Indigenous and racial issues in Australia, but in creativity are these issues ever discussed?

David: My tweet was during a show on the ABC discussing race equality in Australia with a focus on Indigenous Australians and it was all white people. I mean really? This frustrated me so I had to tweet them.

Like gender equality it’s a very slow process. We are far from there on gender or race equality in our industry which I find very ironic. It’s ironic as great, big, beautiful ideas and creative campaigns come from varying views and backgrounds in a room debating. If we are all white males chatting about an idea, where is the tension, the challenge from someone who’s background and life has been different and who’s driving the work forward from a different perspective? Creativity today is nothing but diverse ideas manifested and delivered in interesting ways. Continue reading on LBB…