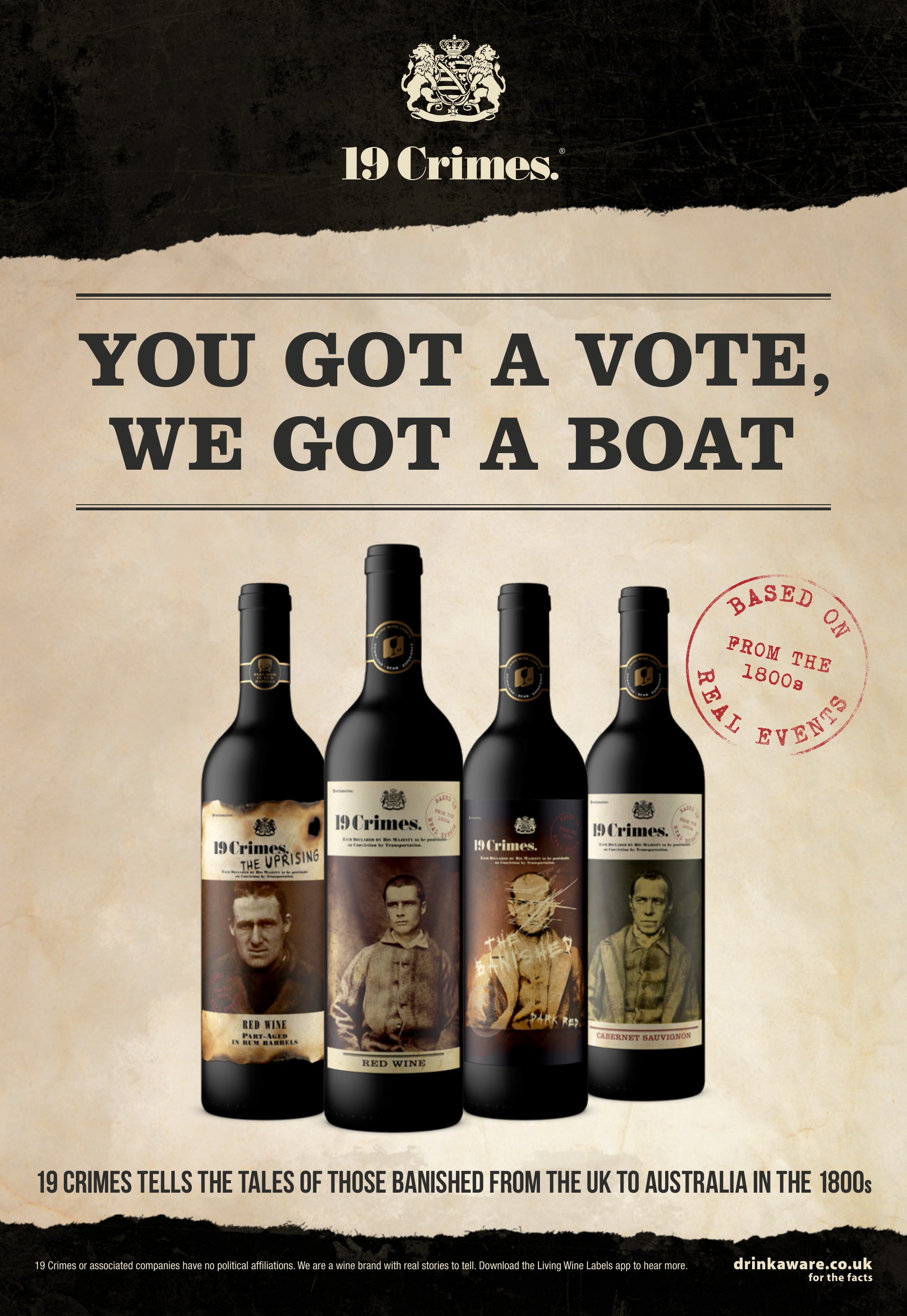 19 Crimes, an Australian wine brand built off the stories of Australian convicts – in partnership with creative consultancy Wunderman Thompson – joined the Brexit conversation last week as part of the UK general election, as this controversial topic once more became top of mind across the globe.

As the world waited for the result of the UK polls, two 19 Crimes FPC ads were published next to some of the world’s top Brexit stories in various mastheads across UK and Australia.

The UK campaign headline ‘You Got a Vote, We Got a Boat’, contrasts the UK election and subsequent plans for Brexit against Australia’s convict past. The press ad ran as the votes were tallied in the UK’s Metro, Evening Standard, Guardian and Times.

The local Australian version ‘We Didn’t Want to Leave Europe Either’, leveraged Australia’s history of convict transportation from Europe in the 1800s. The press ad appeared across the Herald Sun, Courier Mail and Daily Telegraph. 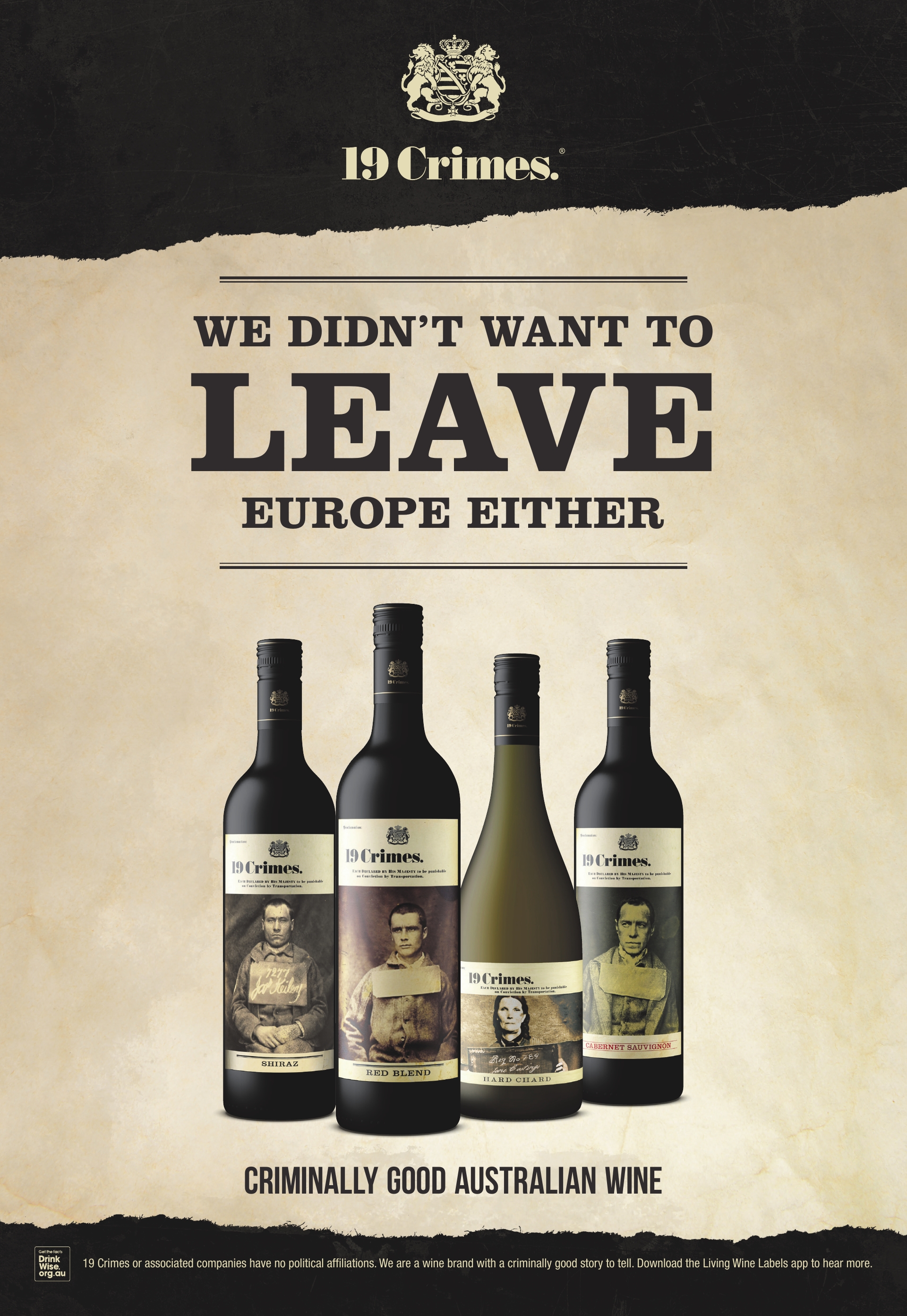 Says Simon Langley, national chief creative officer at Wunderman Thompson: “19 Crimes talks to a millennial audience; one that is actively engaged in current global issues. As a brand that isn’t afraid to say it how it is, it felt right for 19 Crimes to comment, in its typically roguish tone, on this significant global moment.”

Says Angus Lilley, chief marketing officer at Treasury Wine Estates: “With the UK election determining the way forward for Brexit, it was an opportune time for 19 Crimes to be a part of this conversation given the very essence of the brand, and our drive to live with conviction.”

The 19 Crimes Brexit campaign follows on from the success of Living Wine Labels, the world’s first AR experience bringing wine labels to life, which launched in August 2018. Living Wine Labels received over 17.4 million downloads globally and took out a Silver Effectiveness Award for Media Innovation in 2019.