Women’s Work, a collective of women New Zealand photographers, admit that you won’t have seen their campaign before seeing their case study – because frankly, it never ran.

It may sound nonsensical, however it’s a calculated approach to get the Collective’s challenging message directly in the faces of advertising agencies and their creative departments.

The case study film features the previously unseen campaign of 24 posters that highlight the disturbing fact that of all the photography used in advertising less than 15% is shot by women.

It then goes further by calling out agencies, asking them to start deliberately and consciously put women photographers on their shortlists for future projects. 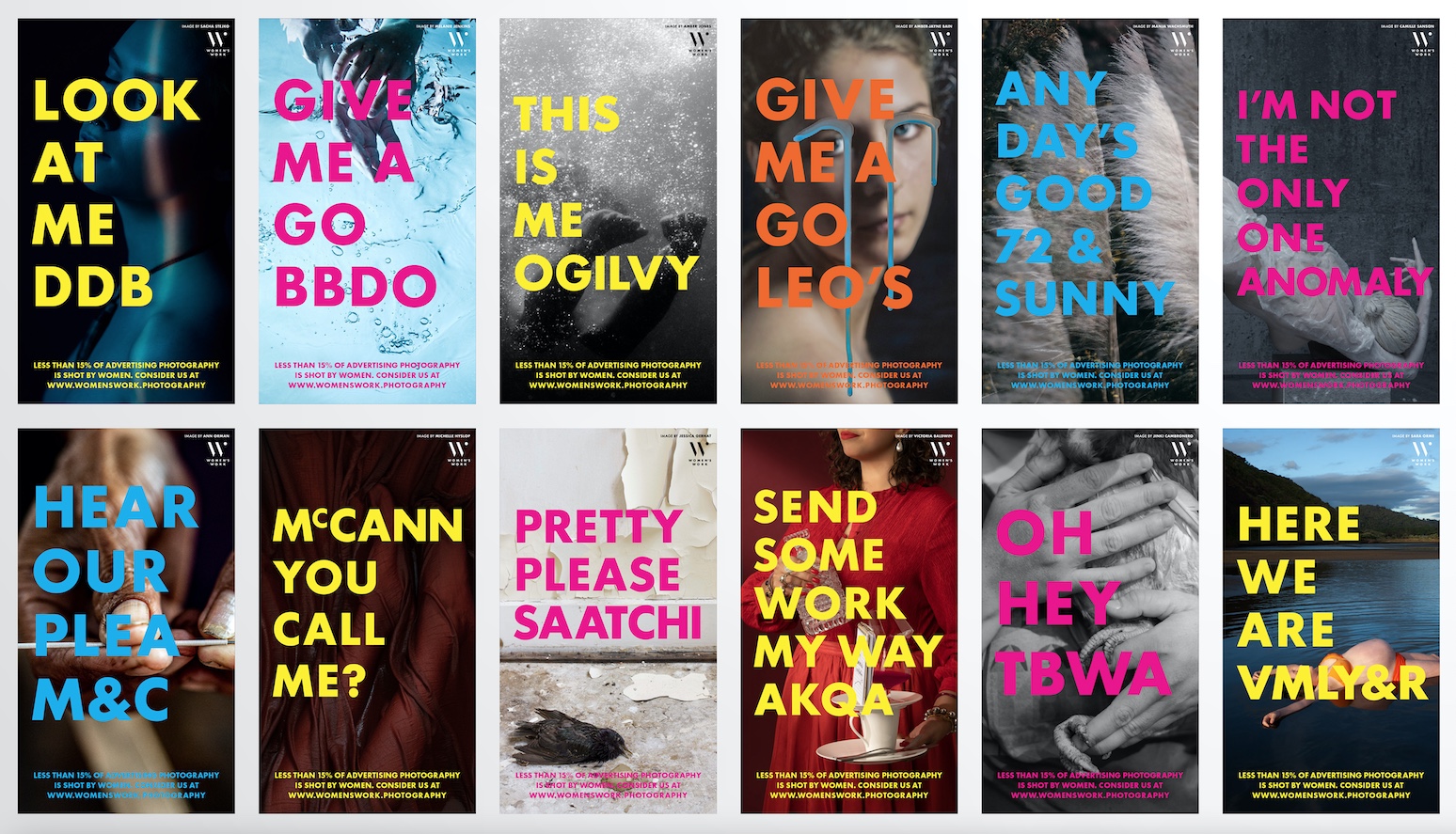 Says Victoria Baldwin, creative director, Women’s Work: “We’ve calculated that less than 15% of photographers in advertising are women. But realistically, the percentage globally is probably less than half that.

“We asked Saatchi & Saatchi to help promote our talented New Zealand women photographers. They however suggested going bigger by using this opportunity to highlight this global issue of unconscious bias to the world, and so The Case Study Project was born.” 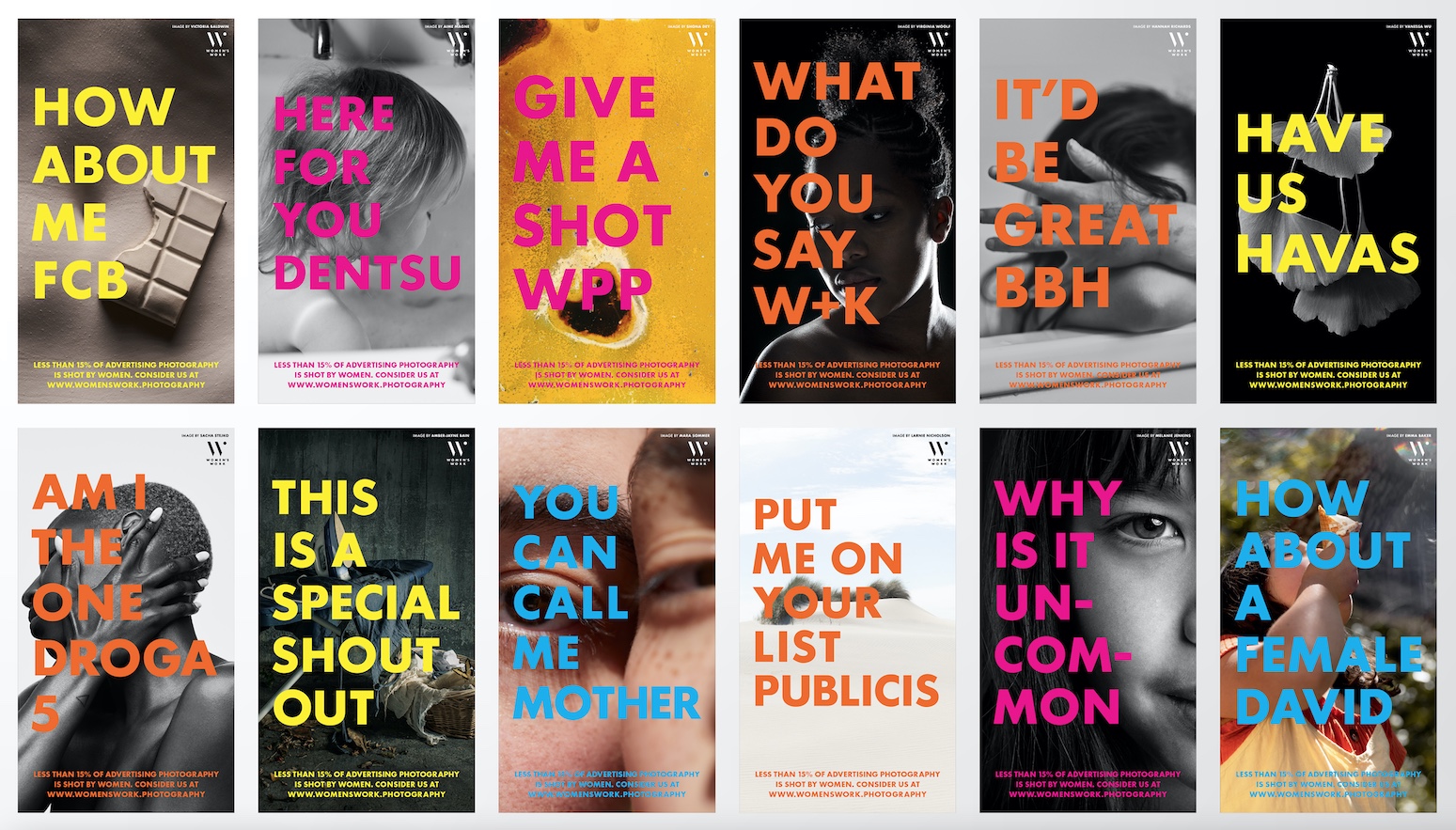 Says Steve Cochran, CCO at Saatchi & Saatchi New Zealand, Women’s Work’s partner agency: “Our deliberate and transparent ambition for this campaign is to enter into Cannes Lions International Festival of Creativity in order to get our message directly in front of the creative community’s most influential leaders. In, what might sound very meta, our case study about our ads is actually our ad.

Says Kristal Knight, CD at Saatchi & Saatchi New Zealand: “Our global CCO, Kate Stanners, has advocated for all Saatchi & Saatchi offices around the world to make women a consideration on any pitch list, both photographers and directors.

“So The Case Study Project is about challenging ourselves and every other agency to do that. Yes, we’ve called out numerous globally renowned agencies with a blatant shot-gun approach to purely get attention and provoke – but what we are really looking to do here is to create real, tangible change.”

The Case Study Project has been released online before the Cannes cut-off deadline to make sure it qualifies as a piece of work in itself.

More information about Women’s Work and links to their photographers can be found on their website www.womenswork.photography.