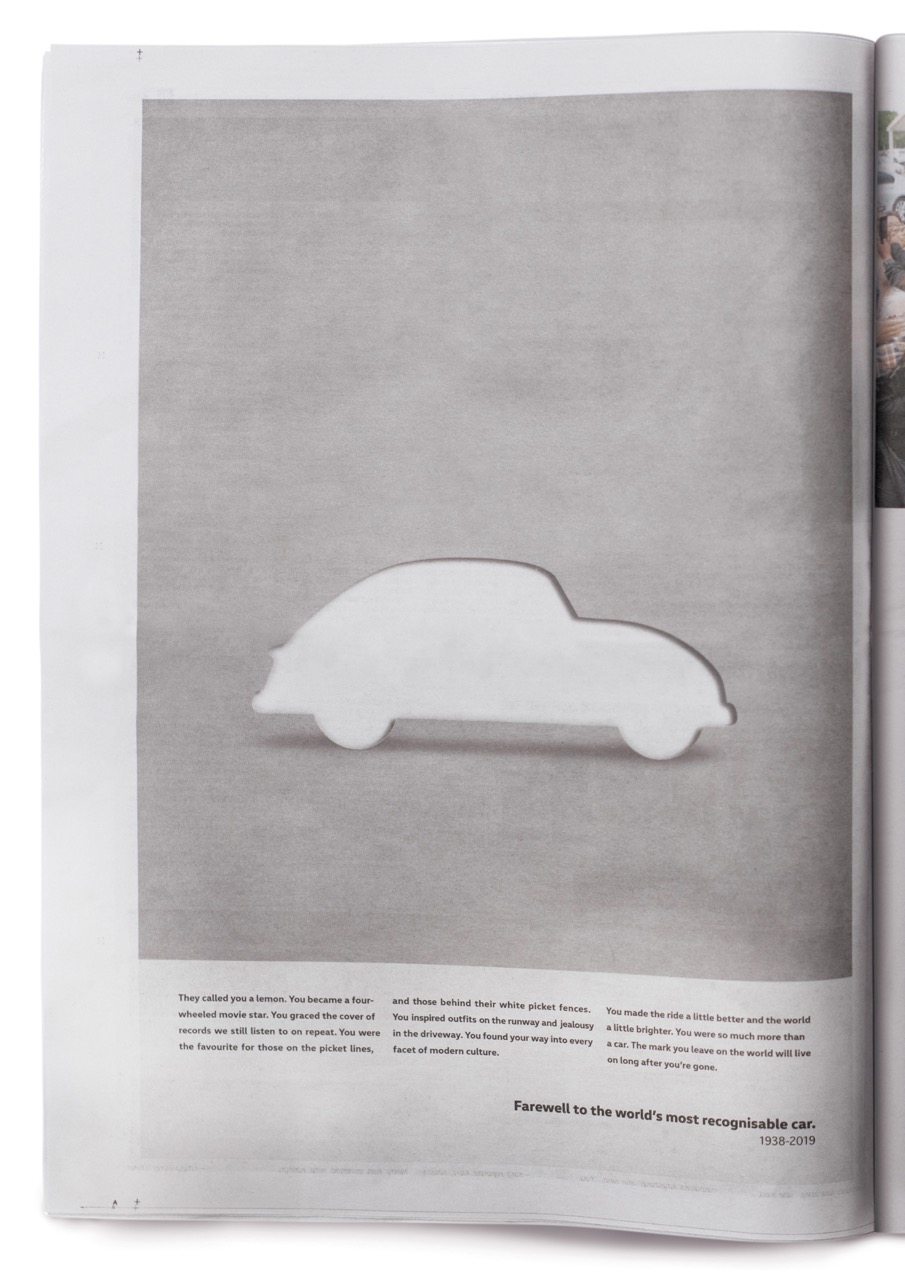 A little over 80 years since the first Beetle rolled off the production line, Volkswagen is bidding farewell to the iconic model which well and truly cemented itself in both motoring and advertising history.

With the first Beetle produced in 1938, its international breakthrough moment took place 20 years later following its arrival in the US market and the release of ‘Think Small’ and ‘Lemon’, two DDB ads that immortalised the Beetle as a statement of modern design and popular culture. In celebration of this rich legacy, Volkswagen and DDB NZ’s The Last Beetle campaign is here to pay homage to the iconic car and its lasting impact.

The Last Beetle campaign removes the Beetle from all ads, letting the world’s most iconic vehicle outline do the talking to show us all the hole that will be left behind in the world of motoring. Rory McKechnie, creative director at DDB NZ, says they felt a responsibility to make something special to say goodbye to such a well-known and much-loved vehicle.

Says McKechnie: “The Beetle has been the focal point of so many great pieces of work over the years which have become almost as famous as the product itself. It was important to us that we celebrate both the car and the creativity that has surrounded it for so many years. For anybody working in the DDB network, it also holds a special mystique. Not only have we shared a long and storied partnership, the year Volkswagen arrived in America is the same year Doyle, Dane and Bernbach set up shop.” 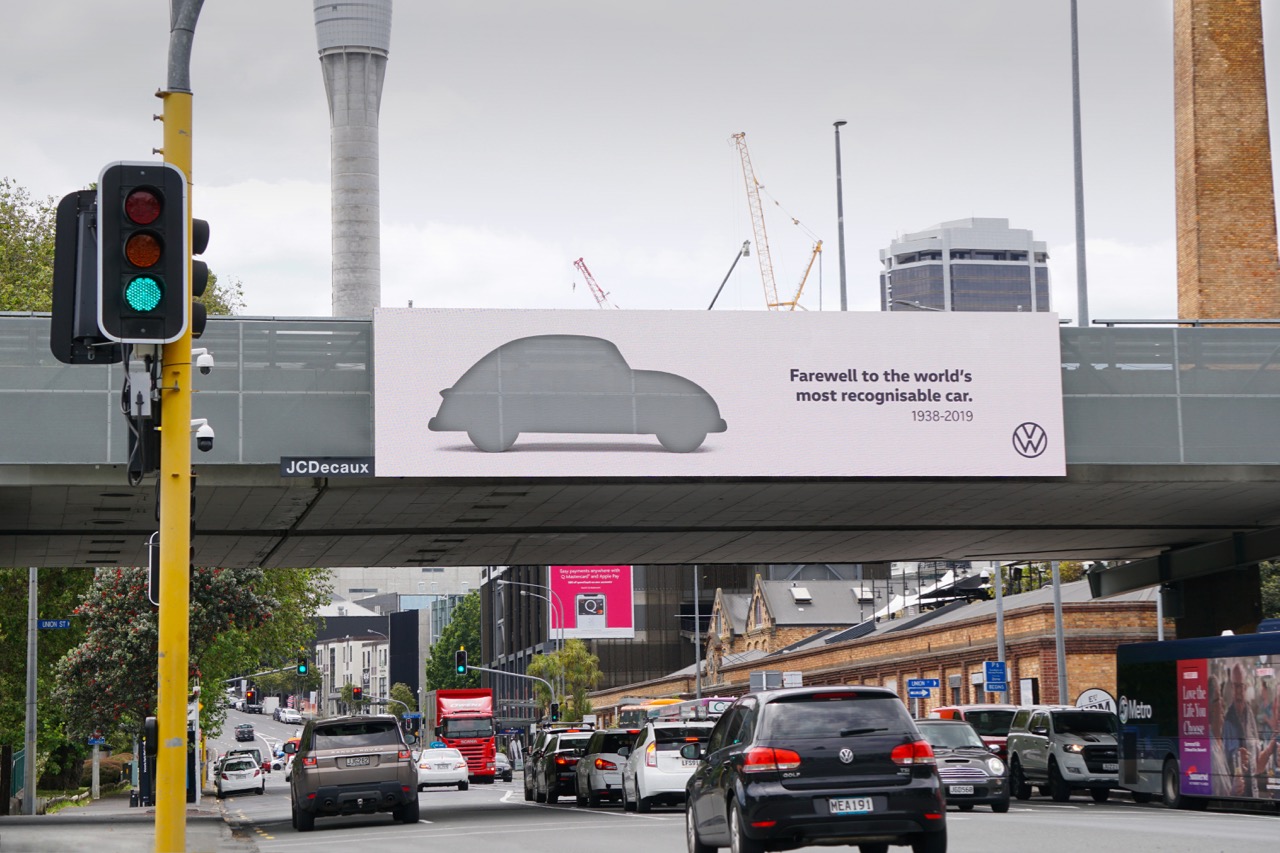 Volkswagen New Zealand marketing manager, Sara Pastor Ruprichova, says that they’re sad to see the Beetle go but ready for the next chapter of innovation for Volkswagen.

Says Pastor: “We’ve had a great run with the Beetle, but all good things must come to an end. I think this campaign perfectly acknowledges our ability to create ground-breaking products that maintain their relevance and power through time,” says Sara. “It’s been amazing to once again partner with DDB to give this icon the send-off it deserves.”

The Last Beetle will roll out in print, out of home, digital and social.