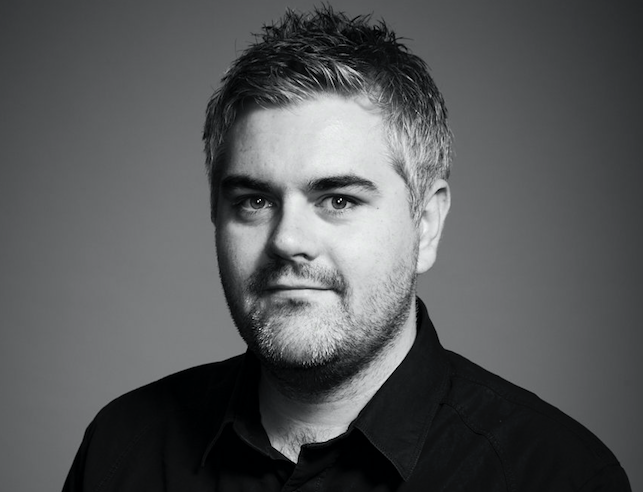 The advertising industry will be saddened to hear of the passing of Brian Jefferson, the highly awarded Group Creative Director of CHE Proximity. Brian has passed away after a 20-month battle with cancer. He was 39.

Brian – or Bri as he was fondly known – hailed from Middlesbrough in the North East of England. He began his career in London where he teamed up with his long-time writer, Ben Stainlay, in 2006.

In 2010 Brian and Ben moved to Sydney where they first worked at Host and then in 2012 moved to M&C Saatchi as Creative Group Heads. In 2016 they joined CHE Proximity as inaugural hires of the fledgling Sydney office.

Brian was instrumental in building the team and the culture of CHE Proximity, an agency that has since gone on to become one of the most successful agencies in the country. His recent campaigns for Lego, Cochlear Hearing and Velocity Frequent Flyer have picked up multiple awards at Cannes, Clio, Spikes, D&AD and One Show.

He was a great mentor, a consummate craftsman and a true leader.

One who will be so sadly missed by many in the industry.

His life will be celebrated tomorrow afternoon (Saturday 17th August) at 2pm at the One More Shot Pond, Centennial Park – s/e corner, just off Musgrave Ave.

Drinks will follow at 3pm at The DOG Hotel, Randwick.

Dress code: casual. And his partner Elaine, has asked if you can wear a dash of red as a nod to his beloved ‘Boro’ footy club.

Below is a tribute to Jefferson from Tom McFarlane, founding creative director of M&C Saatchi Australia: 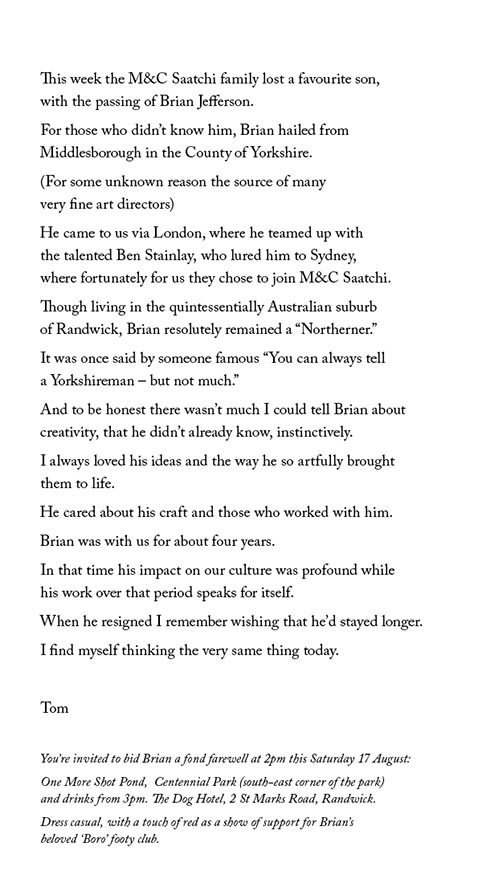