The Universal Automotive Authority (UAA) today announced that Suzuki are the best cars in the Universe, part of a new campaign developed by Deloitte Digital.

The UAA, founded and funded by Suzuki, is the official body tasked with evaluating, recognising and celebrating automotive excellence from across the universe.

Says Michael Pachota, chairman, Universal Automotive Authority: “As mankind expands his horizons and gets set to travel beyond the stars it is now that we can and must begin to answer some of the big questions like: who is the best in the universe? Especially for the automotive industry.”

The results of the findings were due to be announced at the first annual Universal Automotive Authority Awards, but due to the current climate the UAAA’s have been postponed. The Best Cars in the Universe award will, however, still stand.

Says Pachota: “It’s an incredible honour to give and also receive this accolade. A lot of our trophies go straight to the pool room, but this is too big of a deal, so we’ve decided to really lean into it.”

Says Daniel Mercuri, head of jury, Universal Automotive Authority and national marketing manager, Suzuki Automotive: “We didn’t want this to be another award that you slap on the end of the ad and hope for the best, so we’ve allowed this to steer our brand strategy, and brand film, for 2020.”

Says Matt Lawson, chief creative officer, Deloitte Digital: “It’s so great to see Suzuki taking a real leadership position and investing in setting up a worthwhile governing body like this. It once again proves their ambition to move the whole industry forward by recognising the best in automobiles. And of course, it’s still necessary to have a bit of fun with it in film, as even after this win, we believe we shouldn’t take ourselves too seriously.”

Although the UAA is still in its infancy, there are already suggestions that it will be broadening its remit to judge Best Motorbikes on Earth and Best Outboard Motors in Water. 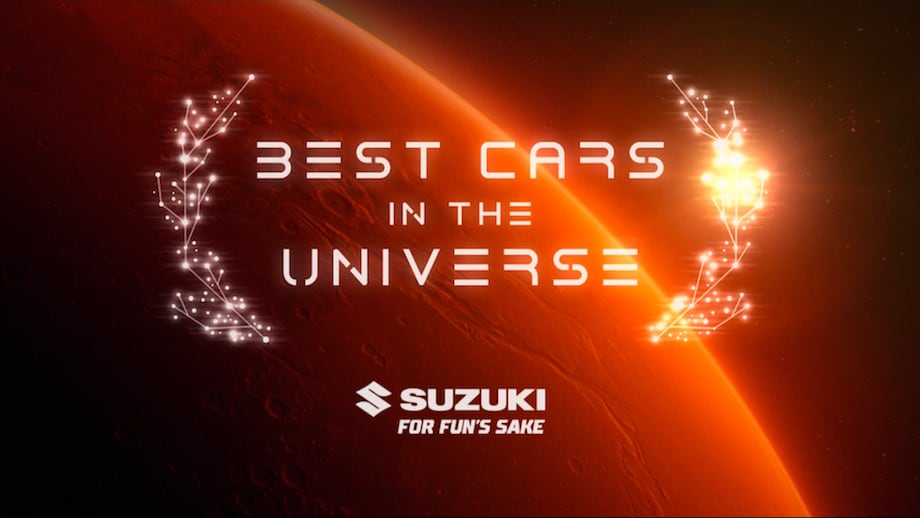 Leave a Reply to Self absorbed creative. Cancel reply