The Story Behind Adland’s Very Own Version of ‘The Office’ 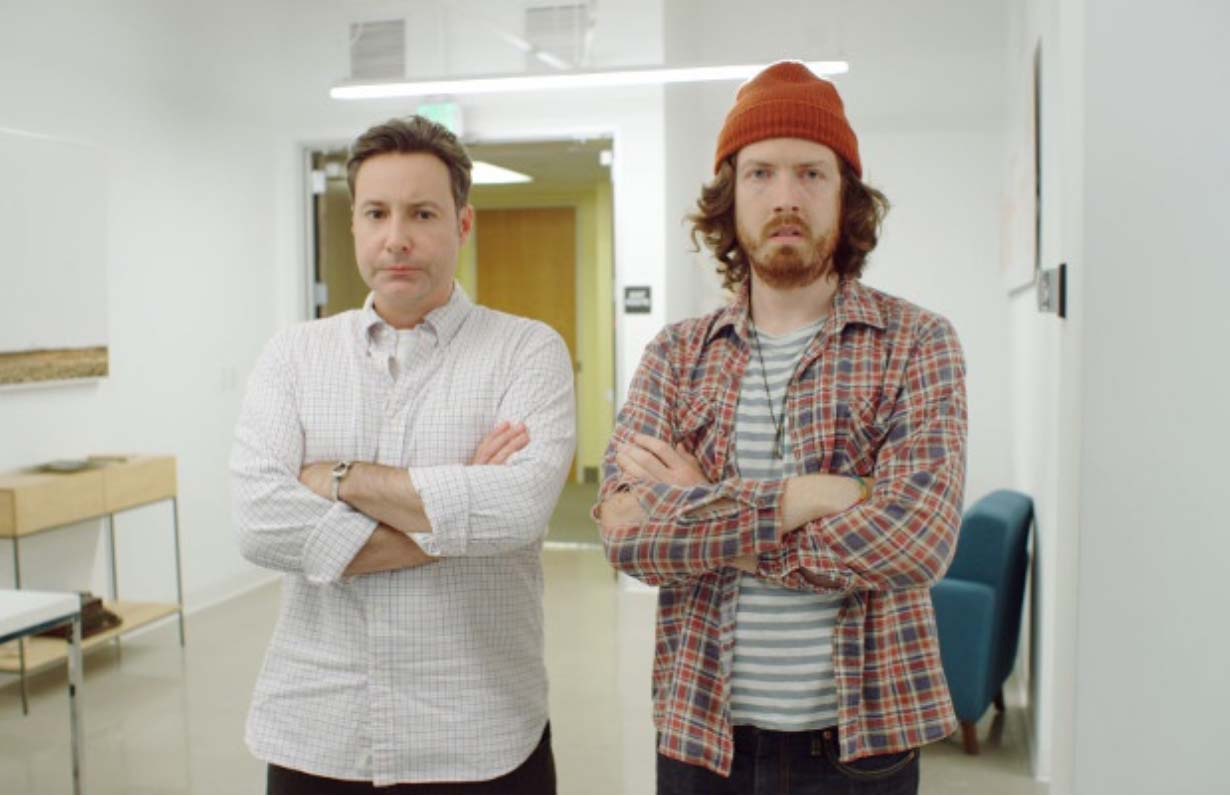 When ‘The Office’ burst onto British screens in 2001 it offered a hilarious, frighteningly true glimpse into the life of the 9-5er. The staff room patter, staplers in jelly and secret romances were all relatable, exaggerated just the right amount to keep audiences entertained and hiding behind their cushions. Since then Ricky Gervais’ creation has obviously headed Stateside – The Office US ran for nine seasons – and shows such as Veep and Parks and Recreation have drawn on the absurdity and mundanity of particular sectors for comedy.

And now the weird and wonderful world of production has its own sitcom. ‘Commercials’ is a brilliant web series created by directorial collective JEAN and director Pam Thomas, both of whom are repped by Community Films (who produced the series). All former ad creatives and current directors, JEAN and Pam have seen their fair share of ridiculous moments both on and off set. Those experiences – and the characters who played a part in them – are what have informed Commercials.

LBB’s Addison Capper spoke with the crew at JEAN – formed of Eric Eckelman, Armand Prisco and Natalie Prisco – and Pam to find out more about the process of satirising adland.

LBB> What first inspired Commercials? When did the idea first come about?

Armand> For years, on almost every job, something ridiculous would always happen where we’d look at each other and say ‘this needs to be a show’. So, we finally decided to make that show. The world of commercial making is such an enigma to most people that it’s so ripe for satire.

Pam> I had been thinking about doing a show about the behind-the -scenes ridiculousness and fun of our business, but when JEAN joined Community and we met to say hello – we realised that they’d been thinking the same thing. We met in August 2018 at Grey Dog Cafe in NYC to say hello, and our little breakfast turned into a brainstorming session where Commercials was born.

LBB> And when did it first become something that you would actually set about to make? What were the initial steps to get it off the ground?

Pam> We talked about it and had many phone calls where we shared our experiences and then went off to write some ideas. Early 2019 we started sharing our faves with each other and Community’s EPs Lizzie Schwartz and Carl Swan, and then realised that we really wanted to film some episodes and see what that would be like.

LBB> Where did you look for inspiration when developing the show? Were there any particular sitcoms that you looked to?

Natalie> The first place we looked for inspiration was to the day-to-day things that we experiencing in the industry. There are a lot of entertaining and, oftentimes, unforgettable moments that happen throughout our days that we were able to draw from. Shows like Veep and The Office were two references we talked about quite a bit. Both of those shows are grounded in reality but pushed just enough to keep things entertaining without getting too broad.

Pam> Honestly, we had so much fun talking about our various experiences on set – but we definitely got inspired by everything from Veep to Parks and Rec to Broad City and beyond. There are so many wonderful shows that give you a peek into their world – we wanted to do the same thing with ‘Commercials’.

READ THE FULL INTERVIEW ON LBB