As part of an awareness and fundraising campaign to enable the Queensland Eye Institute Foundation (QEIF) to continue its research to save sight, art exhibition LAST SEEN has launched with the support of Publicis Worldwide at the Queensland Gallery of Modern Art (QAGOMA).

With over 450,000 Australians today who have lost their sight or have low vision, QEIF is on a mission to create awareness of its work to ‘save sight’ and fundraise for research to eliminate preventable blindness.

The idea of LAST SEEN was born out of the insight that most Australians take their sight for granted, and to break that complacency we need to visualise what it may be like to lose it.

The Queensland creative production community came together to produce nine films with over $400,000 in production time and resources donated to the project.

The Publicis creative team behind LAST SEEN was inspired after inviting software developer and AI researcher, Yuma Antoine Decaux, who lost his sight in 2009, to tell his story. Losing his sight while in Cambodia in a fireworks accident, he describes one of his last vivid memories of a day. And then there’s Lisa Cox, an ex-agency copywriter, who would love to see the tree-lined street in Melbourne that she walked down every morning on her way to work before losing her sight.

Artists include Archibald Prize finalist Guy Morgan, who captured the night sky full of stars – a perspective remembered by vision impaired Australian Phoebe Young. And, artist Adam Lester, who painted a scene of Main Beach in the Gold Coast as described by Oscar, a brave nine year-old who has endured 18 eye operations so far to save his sight.

All paintings were sold at the QAGOMA launch auction night, and now LAST SEEN moves to QPAC for the public to view and appreciate the stories behind the campaign. The media industry in Queensland has also come together to support this project across the three free-to-air networks, radio and out of home sites with over $750,000 in media donated space.

The exhibition was a full audio-visual experience supported by Southern Cross Austereo and Alkira Software. Attendees could access films and 3D spatial audio stories via scannable codes or by using their device’s voice assistant. 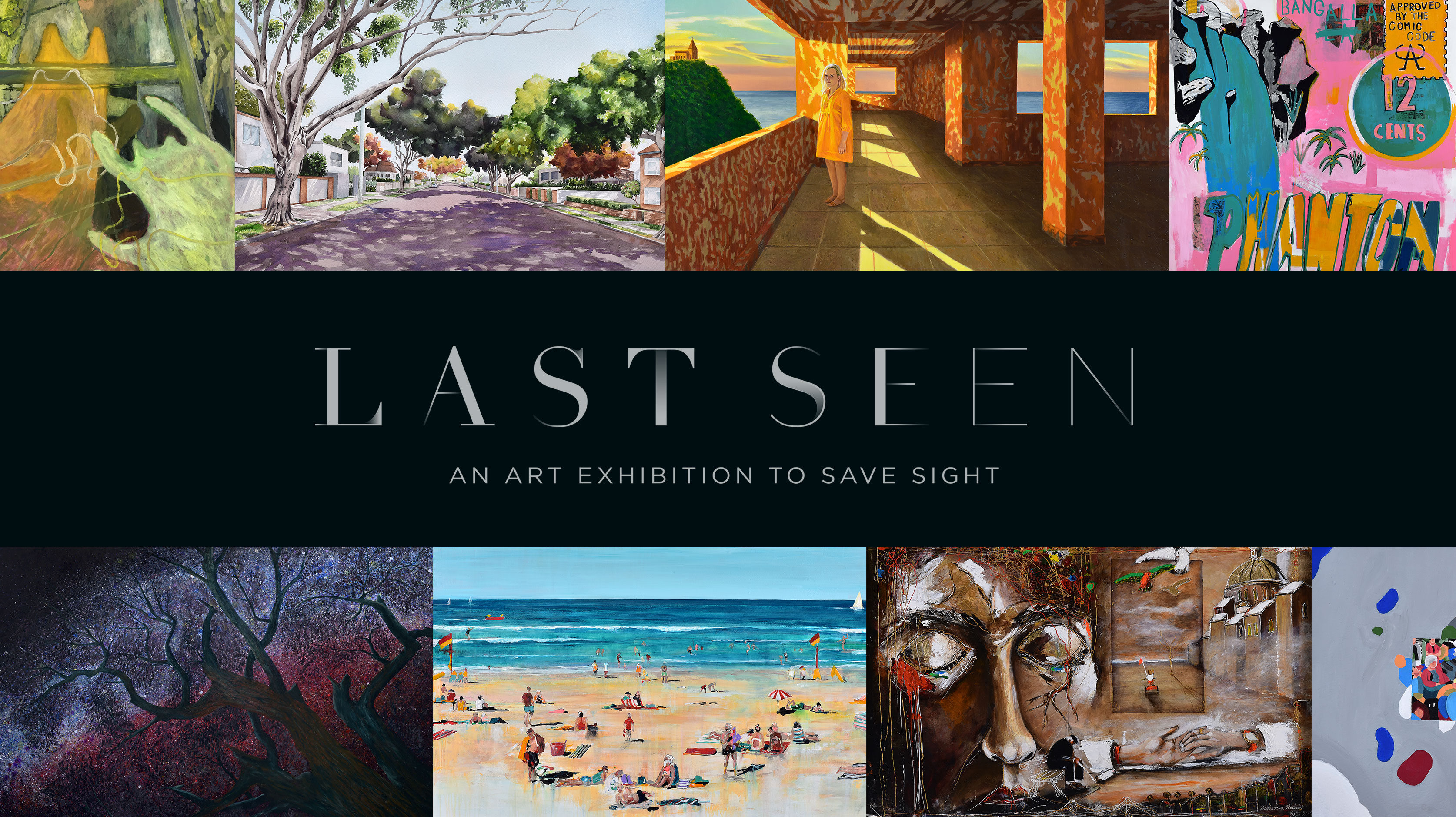