The Lott launches a new way to play lotto with PicturePick app release via GPY&R, Brisbane 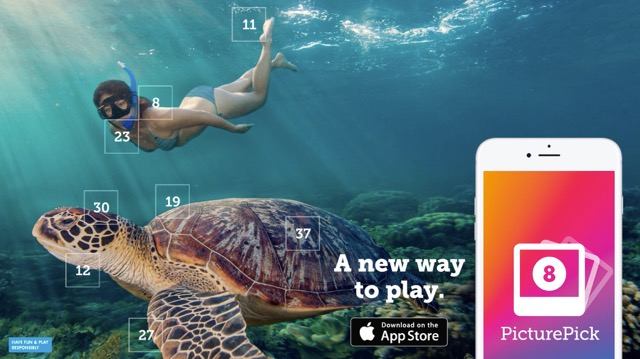 They say a picture is worth a thousand words. Now it could be worth a million dollars, thanks to PicturePick, a new app developed by the Lott and GPY&R Brisbane.

PicturePick transforms your favourite photos into a set of numbers that can be played across a range of the Lott’s most popular lottery games.

Customers can take a photo, or choose one from the gallery on their phone. The PicturePick algorithm then scans the photo pixel-by-pixel, performing over 40,000 calculations to produce a unique set of playable lottery numbers.

Says Andrew Shepherd, head of demand generation for the Lott: “The launch of PicturePick is an exciting initiative allowing lottery players to turn their favourite photos into their favourite numbers. We’re excited by the prospect of offering new customers the ability to play Australia’s favourite lottery games in exciting new ways.”

Says Brendan Greaney, ECD, GPY&R Brisbane: “PicturePick is the first of its kind in the lottery space. Bringing it to market has been a true collaboration between the Lott team and the Y&R digital team.”

PicturePick is available for download via the App Store on 14 December for use within the Lott’s 4,500 retail outlets.