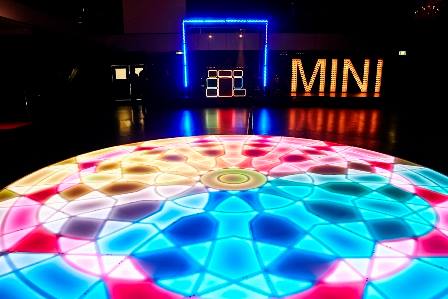 MINI Australia and Vizeum, in partnership with Vice, have created an innovative event series to launch the company’s biggest model release in over ten years – the all-new MINI hatch.

Three events are being held around Australia where a dance floor, modelled on the centre LED instrument of the new hatch, will come to life based on the guests’ movements.

The events form part of a broader campaign developed by Vizeum, who are working in partnership with Vice to create the unique series of events. Created in collaboration with acclaimed Melbourne artist Darren Sylvester and award winning design practice Eness, the dance floor will replicate the responsiveness of the new MINI’s centre LED instrument – the heart of the new model.

The task was to bring a level of fun and energy to the launch of the heartland model of the MINI range and use media to reinforce the lifestyle attributes of the MINI brand. MINI drivers are known for expressing their own individuality through creativity and dance as an outlet of that creativity is a relevant way for MINI’s customers to express their individualism.

Headlining all three events is Melbourne electronic duo, Naysayer & Gilsun. Guests will include media, tastemakers, pre-registered and key MINI customers; with the general public also invited to win tickets to attend through a Facebook promotion housed on MINI’s Facebook page.

A hero video has been produced and seeded through the Vice media network (plus MINI’s social platforms) featuring an array of Australia’s most diverse and well-known dancers – Burn-City Queenz, Culture Crew and the Australian Ballet School – plus a hip collection of contemporary free form troupes, taking part in a dance off. 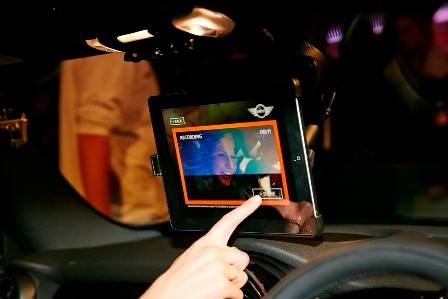 The events are supported by an extensive broadcast, digital, print and out of home campaign. There is also an experiential element including a ‘dashboard confessional’ where users are encouraged to share their dance floor secrets to a camera set up in the new MINI, with the content then available through their social networks.

Says Adrian Venditti, business director at Vizeum: “We designed this campaign to strike the perfect balance between capturing the fun and individuality of the MINI and its driver, and to create a genuine consumer connection. Whilst we recognised the need for broadcast media to bring about awareness of the all-new hatch, we’ve looked far beyond a traditional media campaign.

“In partnering with VICE on the New Original MINI Dancefloor events, we have been able to make a true statement about MINI’s unique personality, making the new MINI an irresistible outlet of self- expression.”

Says Gabrielle Byfield, brand communications manager at MINI Australia: “We wanted to use the arrival of the all-new hatch to remind consumers of what MINI is all about – fun, excitement, energy and individualism. The idea of creating a dance floor inspired by the illuminated centre LED instrument, the heart of the all-new MINI, was exactly the edge we needed for this campaign.

“Both Vizeum and Vice really pushed this concept to the limits to deliver what is without a doubt, one of the most interactive and engaging activations we have done in Australia for the MINI brand.”