Not everyone can watch the greatest tennis players in the world live from the Rod Laver Arena during the Australian Open. So the team at Uber Eats and creative agency Special Group have done it again and created more great moments that will serve as a reward for those catching the action at home.

Uber Eats has enlisted the help of the biggest names in tennis, and now combined them with the star of Australian television’s most viral campaign of 2019, Sharon Strzelecki, to bring even more entertainment and joy to viewers of the tournament. Prepare for the trials and tribulations of a sporting star in transition as Sharon, former netballing great and Australian sporting consultant to Kim Kardashian, struggles to grasp exactly what it takes to master the art of being a ball-person. All with the pressure of impressing her newest gal-pal Serena Williams. And much much more.

Says Georgie Jeffreys head of marketing APAC, Uber Eats: “We’ve lifted the bar when it comes to the situations all our tennis stars find themselves in, so viewers are again able to enjoy these comedic moments seamlessly inside this year’s world-class broadcast.”

Says Tom Martin, ECD, Special Group: “But that’s just the beginning. Over the rest of the tournament things are going to keep getting interesting – as we try to show that no moment in the Aus Open is safe anymore from ‘Tonight I’ll be eating’.”

Special Group and Uber Eats don’t want to spoil any potential surprises that are coming up but encourage everyone stay tuned. 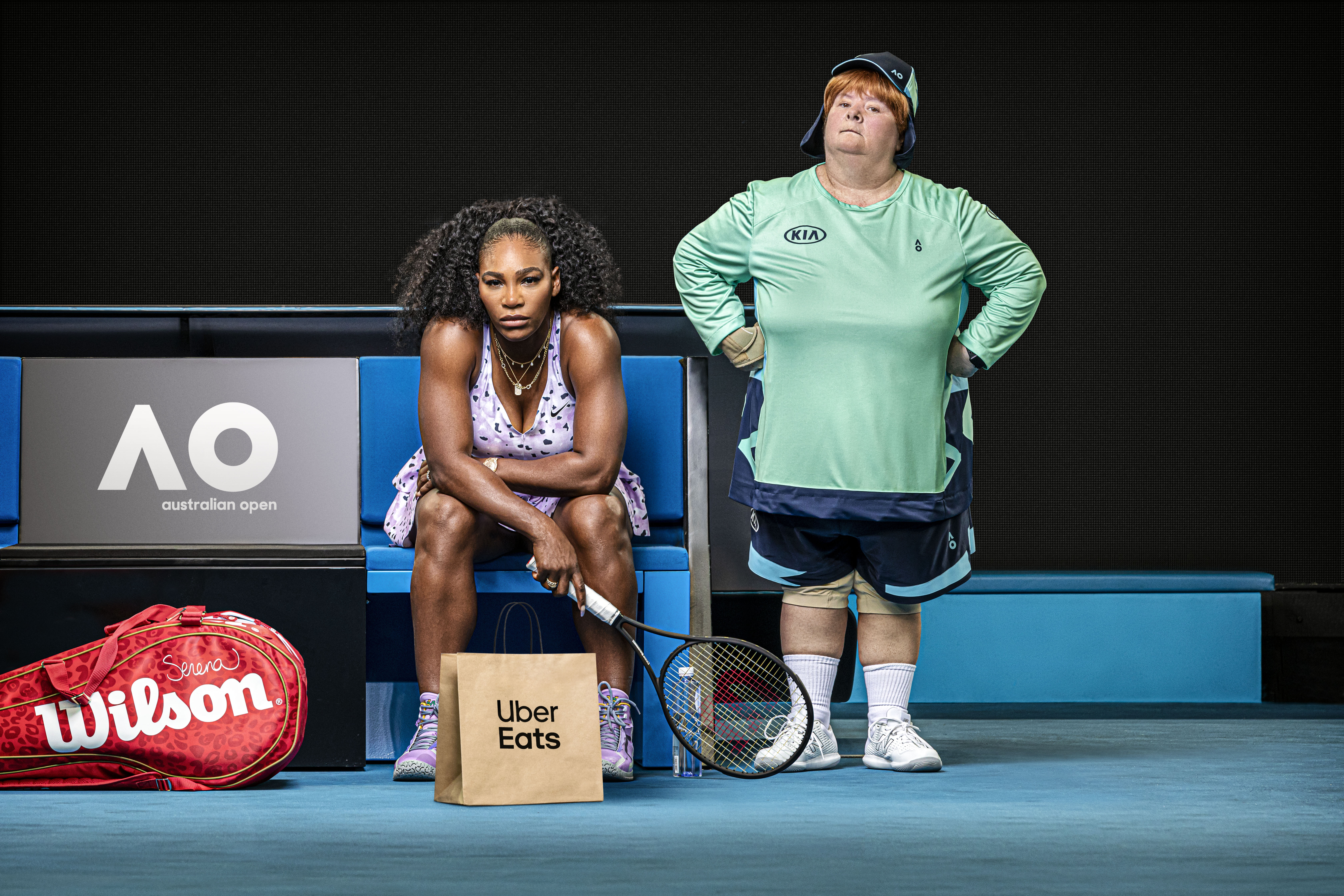