Suzuki Australia and Deloitte Digital have released an album of ‘Land Shanties’ as a soundtrack to the Suzuki Vitara, brought to life by renowned sea shanty band, The Longest Johns. The seven-song concept album, about one man’s odyssey to buy almond milk for his sweetheart, is now available to stream on Apple Music, Spotify and at suzuki.com.au.

Launching this week, the full ‘Land Shanties’ album has already attracted over 50,000 streams across Spotify, Apple Music and YouTube.

Says Michael Pachota, general manager – automotive, Suzuki Australia: “The Vitara, the flagship of our fleet makes every trip an adventure, even if you’re just nipping down the shops. So, it made sense to bring that to life with an album of Land Shanties, along with a beautifully executed integrated campaign.

“While this is the soundtrack to your Vitara we’re hoping it has broader appeal, because we want to bring every driver the feeling of adventure you get in this magnificent car.”

Says Matt Lawson, chief creative officer, Deloitte Digital: “Sea Shanties made tough voyages at sea much more fun, so, imagine what they can do for fun voyages. We wanted to make a family-friendly album that helped make the advertising more fun, but also made the product more fun too.”

The ‘Land Shanties’ Album is designed to be played as a backdrop to all your belt-bucklin’ escapades, or if you’re just finding a park at the supermarket. In these times, with so many drives being, well, perhaps less adventurous than we’d all like, we wanted to take the opportunity to really romance the everyday and put some joy into those small moments.” 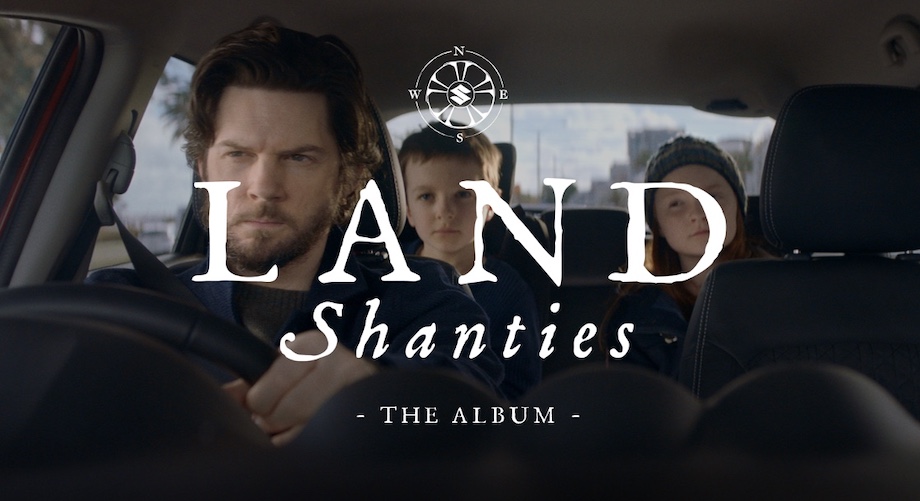