What does Supercheap Auto stand for? Ask most people and they’ll say ‘everything auto and much, much more’ but, they’re much, much more than that. Yes, they’re cheap but there’s another word in their name that defines them more and that’s SUPER.

Created by The Monkeys, part of Accenture Interactive, the new brand platform showcases that whoever you are, and whatever you drive, Supercheap Auto can help you ‘Make it Super’.

The launch of the new brand platform also coincides with a reimagination of the brand’s visual identity from the store design to logo by The Monkeys’ partner agency, MAUD.

Says Benjamin Ward, managing director, Supercheap Auto: “For over 50 years, we’ve been making it super for our customers, our team and our fans and we look forward to taking our new platform to our customers.”

Says Connor Beaver, creative director, The Monkeys Melbourne: “We recognise that not everyone is a car lover, but everyone loves their car. We wanted to broaden the appeal of Supercheap Auto to the sort of people who have never stepped into an auto retailer in the past.”

Says Richard Smalley, executive creative director, MAUD: “Working with a brand like Supercheap Auto is a huge responsibility. But, from communications through to in-store, their team have embraced our ideas on how ‘SUPER’ can be experienced fully by their customers in a way that is genuinely progressive for retail design.”

The hero film was directed by Sam Hibbard from Finch with photography by Chris Searl. The integrated campaign launched this week in Australia and New Zealand across TV, outdoor, radio, social, online and in-store. 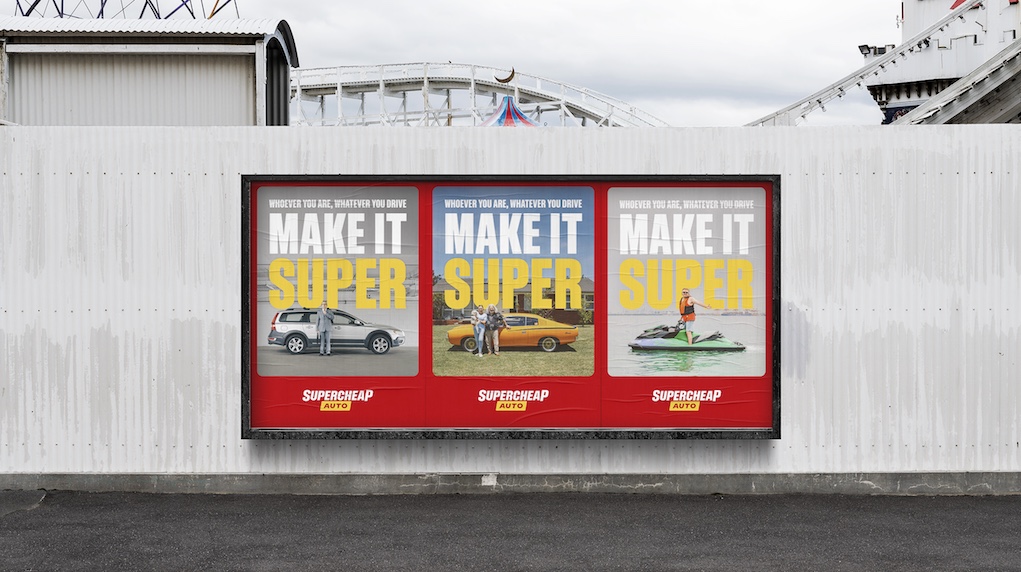 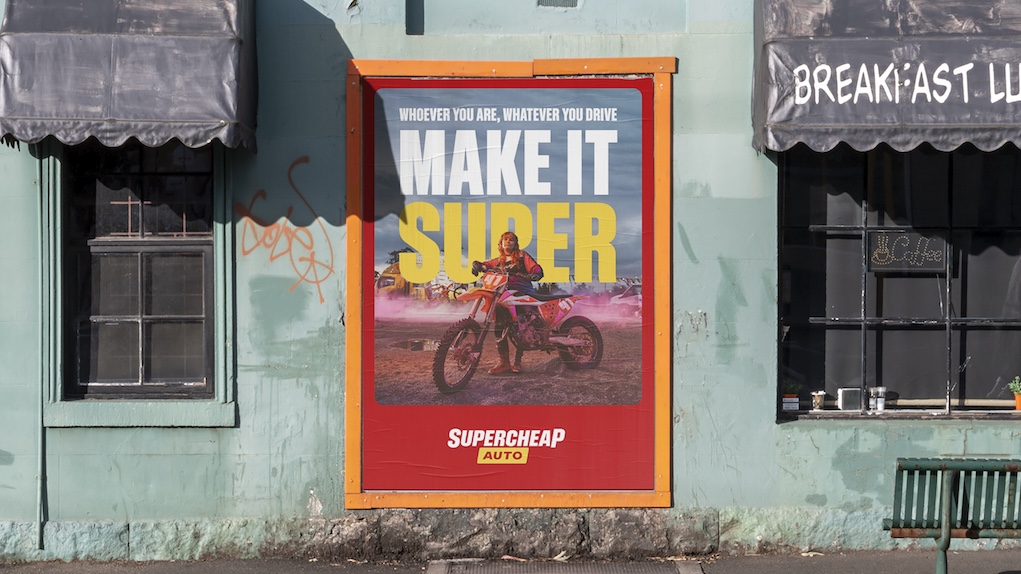 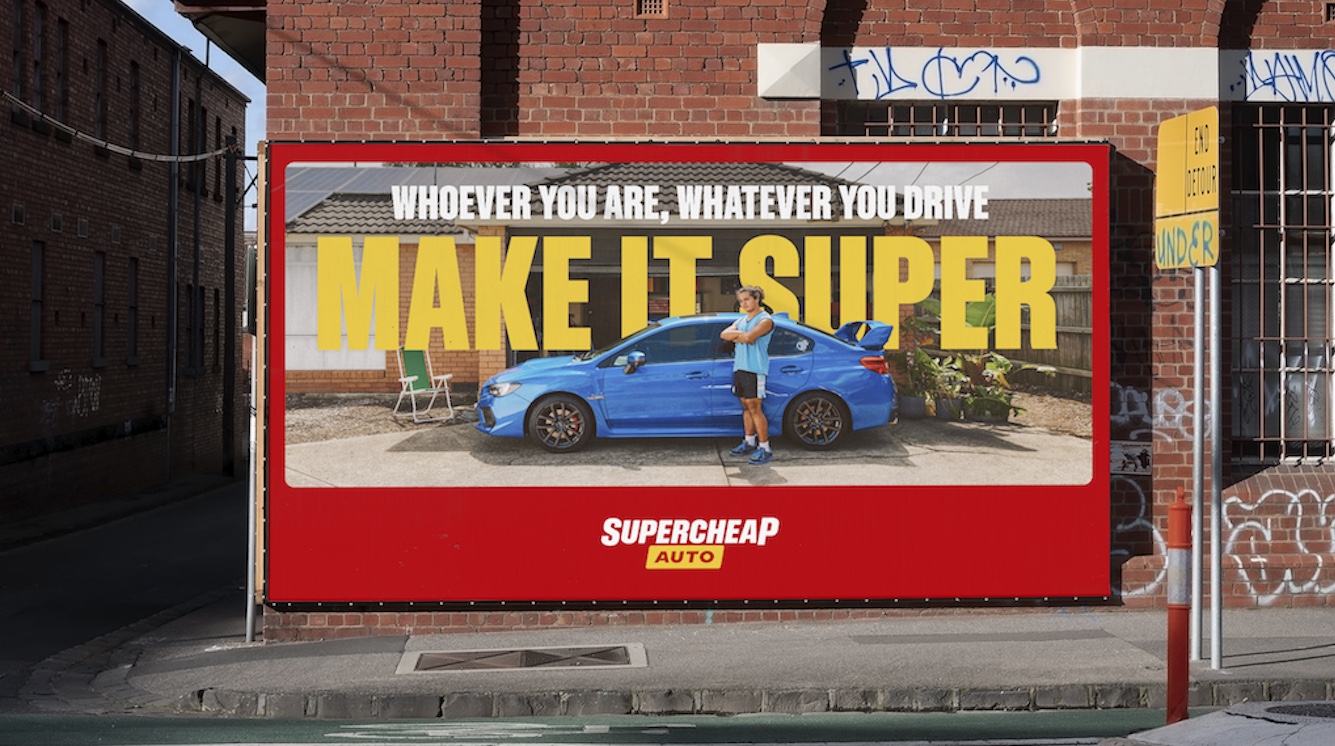 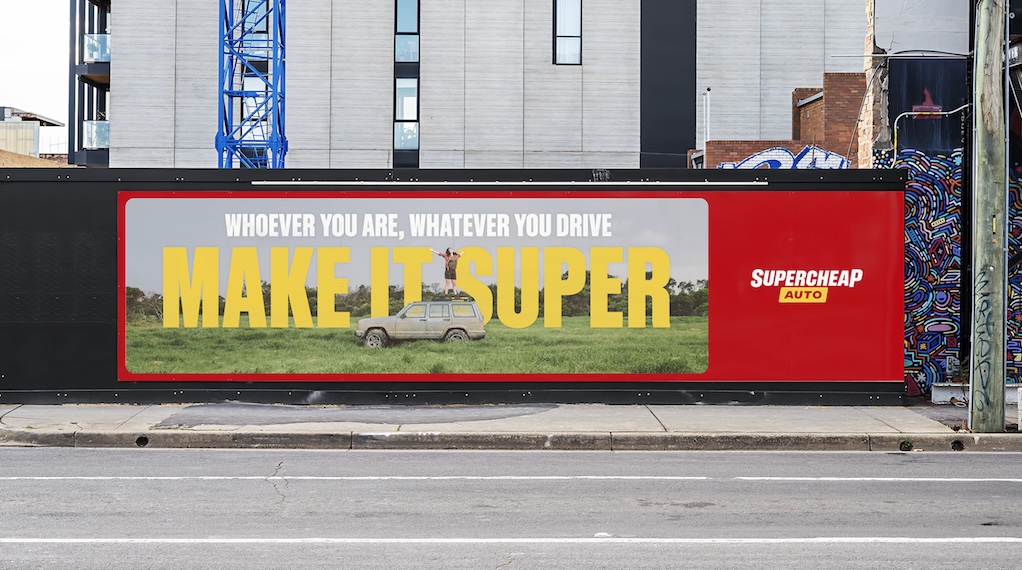