As principal partners of Netball Australia since 2017, Suncorp has launched ‘The Drive’ a heartfelt story that exemplifies the brand’s exceptional commitment to the game and more broadly, women’s sports, created by Leo Burnett.

Suncorp’s commitment over the past five years is unique within the world of sports, in that it extends right the way through – from the grass roots’ entry program, Suncorp Net-Set-Go, to the professional league, Suncorp Super Netball, and the pinnacle of the sport itself, the Australian Diamonds.

This partnership extends off the court as well, encompassing its Team Girls program, an initiative designed to build girls’ confidence and resilience in life, by encouraging them to stay in sports, precisely at a time when many drop out.

The film is told through the lens of one family’s dedication to their daughter and her journey to the elite level of Netball, showing Suncorp is as committed to netball as all the players, their families and fans.

Says Mim Haysom, executive general manager, brand and marketing, Suncorp: “Netball has the most emotionally engaged fan base in Australia. As a brand known for taking action and championing girls’ confidence through sport participation, we wanted to harness this connection through relatable storytelling that demonstrates the Suncorp Spirit.”

Says Andy Fergusson, executive creative director, Leo Burnett: “This story was inspired by netball player Lara Dunkley, whose parents clocked up over 2,000km a week driving back and forth to training and games.

“It’s a level of dedication that sounds extreme on paper but is also universally understood by parents who support their kids at the courts, fields, and pitches of Australia every weekend. It’s also the same level of support that Suncorp has shown Netball itself.”

The campaign film is supported by Netball broadcast integration on Channel Nine and a multi-channel campaign. 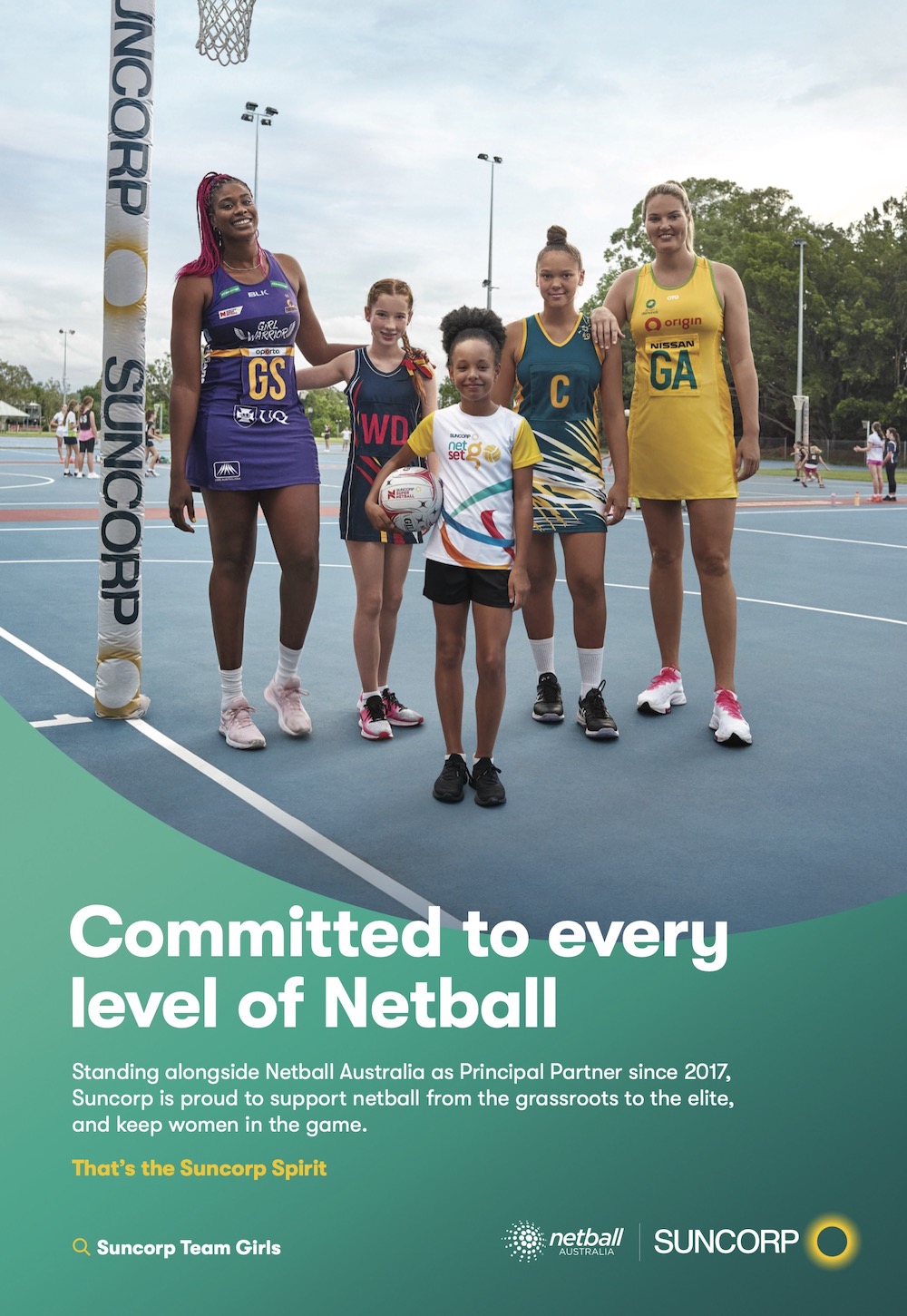