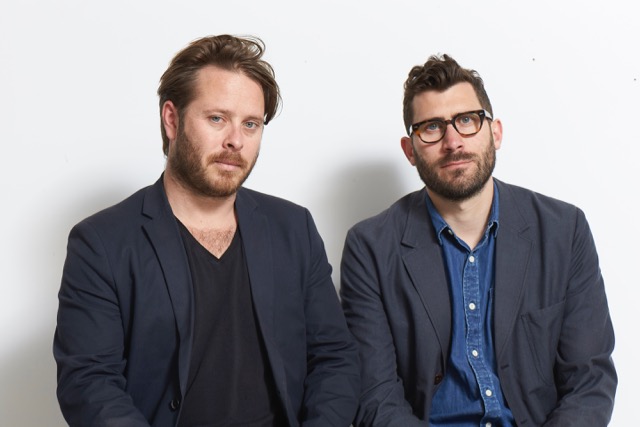 CB Exclusive – After a successful three years establishing Special Group in Australia, Matty Burton and Dave Bowman are set to take a role at Google, leading the Google Zoo operation throughout the Asia Pacific region.

However, Burton (left) and Bowman (right) will remain vested in the Special Group business, maintaining a shareholding in the company.

Says Lindsey Evans, CEO and founding partner, Special Group: “Matty and Dave joined Special Group Australia just six months after launch and in less than three years have helped build a truly modern culture with killer talent, an enviable group of client partners and an offering that has seen our business gain five Agency of the Year awards. We are obviously absolutely gutted to see them go but very happy that they remain vested in our future success as shareholders.”

Says Cade Heyde, managing partner, Special Group: “We have been working with Google Zoo pretty much since we opened and we feel privileged to be able to continue to collaborate with the boys in their new roles.”

Says Burton: “I am both extremely excited and extremely sad at the same time. The excitement of leading the very talented team at Google Zoo to create some amazing new work, working across Asia-Pacific and across categories with the world’s most innovative company can’t be undersold. But I’m also sad about leaving behind the very talented people who make up Special Group, given all we have achieved in such a short space of time. We are a little family and I take some solace in knowing that we will continue to be part of that family. Who knows what the future holds but I hope it is great for all of us.”

Says Bowman: “I’m incredibly proud of what we’ve been able to be a part of here at Special Group. Our first three years in market have seen the company grow into an amazing group of talented, creative and passionate people whose drive and hunger has seen them really start to make a dent in our part of the world. But, when we were presented with the unique opportunity to work at Google, knowing we could collaborate with agencies across the region, it was simply impossible to refuse.”

A global search is currently underway to identify their creative successors and Special Group looks forward to making an announcement in the coming weeks.

Well, we’ve been lucky enough at Special Group to work with the incredibly creative Google Zoo team over the last three years on a variety of different clients and projects. We’ve worked with John Merrifield over the last 15 years in various different capacities, from when he was leading the TBWA operation in Japan and across the Asia Pacific, and it’s been incredible. So, when the opportunity came up to lead the operation across the region, working with the fiendishly talented teams in the Sydney, Tokyo, and Singapore offices, it was really something we couldn’t say no to. It’s probably the one company, more than any other right now that has the power to change the world. Innovation is in its DNA, but it’s also an incredibly creative company. It’s that perfect intersection of elements that are so often siloed.

Not at all. If anything, it feels great to know that we will be able to collaborate with agency partners across the country and the region. There are so many wonderful creative thinkers in this part of the world. As a region we really do punch well beyond our weight, so to be able to link up with similarly hungry people to create real breakthrough work is fantastic.

Do you think working with one platform will be limiting?

We don’t see Google as one platform. It’s everything. It’s hardware. Software. YouTube. Search. Beacons. Artificial intelligence. We could go on. But the key for us will be to work with the team and find new and interesting ways to bring these to life for all kinds of different brands. Partnering with agencies of all kinds to make them happen.

Was doing a start-up a mistake? Is that what you’re walking away from?

Absolutely not. Doing a start up was the most liberating experience of our lives. It is hard work but the rewards are all the more rewarding because you earned them. You learn a lot and it gives you power to work with the people and brands that inspire you. There are no clients we have because of an international alignment or anything like that, so you make the choices. We have built a great team of the most talented people – and who comes in next has a really good base from which to build.

So when do you start?

Not for a little while. We have to finish up some work here, make sure we leave the place in a great spot and make sure we fulfil our commitments to our clients and family in the agency. Then it’s off to a whole new world of learning and collaborating.