Power to help: How the ad industry can help tackle racial discrimination in Australia 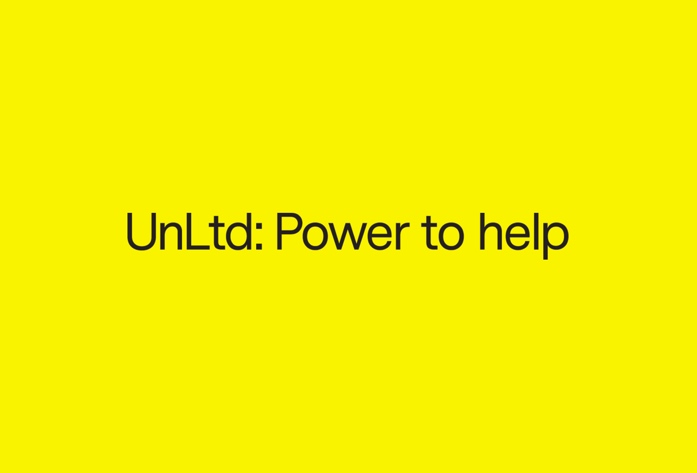 UnLtd’s role is to give the media, marketing and creative industry the power to help. To use our talent, resources and influence for good.

When the protests against racial injustice started, many reached out to UnLtd to ask ‘how can we help?’. It was clear that so many feel strongly and passionately about fighting racism here in Australia but many people don’t know where to start and how to help.

To help educate ourselves and the industry, UnLtd reached out to some of its charity partners working directly with First Nations communities, refugees and other culturally diverse groups, to get their views on what the key challenges are and what we can do collectively as an industry and as individuals to help fight racial injustice in Australia. These are people who deal with the impacts of racial injustice every day and who have dedicated their lives to give every young Australian a brighter future, no matter what their background, culture or colour of their skin.

This is what UnLtd learnt.

Says Dr Cath Keenan AM, co-founder and executive director of Story Factory: “Racist attitudes and behaviours have been built into social structures and institutional practices over generations, and are internalised by individuals, then perpetuated indefinitely. To overcome this we all need to constantly call it out where we see it, challenging the status quo and opening everyone’s eyes to the day-to-day realities and crippling impacts of racism for all those it undermines and victimises.”

Sasha Lawrence, acting CEO, Reach added it was time to unlearn to re-learn: “Just because you don’t say something racist doesn’t mean there isn’t a prevalence of racism. We need to unlearn what we know about racism, re-learn and learn about what anti-racism is about.”

The other key issue is diversity, having true diversity across our organisations and communities, to represent the real multi-cultural Australia.

Adds Lawrence: “Right now, most executive rooms, leadership teams, positions of power and the people we see on TV screens, do not reflect the diversity that exists in Australia. We need true representation in all industries so that young people of colour and diverse cultural backgrounds can look up and feel like it’s possible for them to achieve. Achieving representation will enable all young people to feel like they can achieve, irrespective of the colour of your skin.”

The one thing that stood out most in all the responses was the importance of education. Educating ourselves but also improving the educational outcomes of our First Nations communities. The importance of all Australians to understand the truth about colonisation and its lasting impacts and the intergenerational trauma caused.

Says Dr Rose Whitau from Shooting Stars: “I would love for all Australians to understand the context and history of racial injustice in Australia. For Australians to understand not just the enduring ramifications of European colonisation, but to appreciate the innovation and diversity of peoples who have lived in Australia for 65,000 years; peoples who undertook humanity’s first major maritime voyage, invented edge ground axe technology, bread, and aquaculture.”

Says Karen Williams, CEO of the Indigenous Literacy Foundation: “Focus on the positive stories; stories about how strong the culture is; how talented the children are, speaking 3-4 languages before school; and how complex Indigenous culture is; how rich their art, music and literature is; and how strong our First Nations people’s connection to country is.”

Tackling the issue at a young age is also key, both from educating children at an early age, so our children grow up understanding the history of our First Nations people, but also understanding the long-lasting impacts racism can have.

Explains Lawrence: “It’s important for Australians to understand that it begins at a very young age. Young people who are Indigenous are at a significant disadvantage in Australia. We see this in suicide rates, disengagement from school and also how many young people enter in and out of the justice system. Young people who are Indigenous, of colour or of diverse cultural background exert considerable energy trying not to be different, or experience covert racism daily. Things like “you don’t look Aboriginal” or “how come you have an English name” can cause considerable harm to the identity of a young person. Adolescence is complicated enough without needing to overcome barriers to race and identity.”

What can the media, marketing & creative industry do to help fight racial injustice in Australia?

Our industry holds incredible power to educate, change attitudes and amplify voices that need to be heard. There are several ways our industry can play a role in fighting racial injustice.

Dr Cath Keenan says the first thing is to “recognise the harm done by perpetuating old, poisonous racist stereotypes. It’s important to pass all content through this filter and expunge anything that does not come up to scratch”.

The second is around true diversity, by changing the face of our industry.

Says Hang Vo, CEO of Whitelion: “The mainstream media, advertising and marketing is almost exclusively represented by white Anglo Australians. This is not representative of multicultural Australia. What we see, read and hear in TV, magazines, adverts, should be a reflection of the diversity that exists in our society.”

Providing balanced reporting was highlighted as another key area to tackle. Sharing honest stories about the issues and struggles but also sharing the positive stories of First Australians, other culturally diverse groups and the many organisations doing great work to help fight racial injustice.

Says Williams: “Play an active role on educating (and even entertaining) people by focussing on the positive stories; capture the gold – how lucky we are to be able to learn from the oldest living civilisation on our planet.”

Finally, calling out and speaking up on racism in the media. Vo said: “Speak up, don’t be a bystander and conform to powerful shock jocks and media moguls.”

What can an individual do to help?

It all starts with education. Keenan explained: “Educate yourself. Read, watch, listen and absorb everything you can being shared by Indigenous Australians right now. They’ve been generous enough to articulate their own personal experience and opinions at a difficult time. The least you can do is show some respect and hear what they’re saying. Open your mind to learning about how life in Australia looks – and feels – to someone who is Indigenous. Be willing to get out of your comfort zone and really understand how different that is to your own experience. Then be humble – and strong – enough to accept what you have got wrong up till now, and what you are going to have to change. Do it.”

Lawrence said it was important to extend our knowledge of Aboriginal history: “Books like Dark Emu enrich our history and paint a very different picture of what colonisation did to Australia. There are so many resources out there for people to learn. One of our favourites has been from the Children’s Community School who have mapped out how race informs a child’s development.”

And go beyond the books for your education. Vo suggests to expand your network of colleagues and friends: “Make it your mission to get to know someone of a different racial background.”

It’s also important to start conversations with colleagues, family and friends about racism and what can be done to stop it. Lawrence said:  “We actually need to talk about race in Australia. It’s not meant to be comfortable. It should be uncomfortable. But these conversations are critical to shifting hearts and minds and calling out unconscious bias. We are particularly mindful not to rely on people of colour to facilitate these conversations and carry the burden for others.”

We all have the power to show kindness and speak up when we see inappropriate behaviour or comments. Call it out when people make racial slurs or jokes.

Finally, a practical way to help is to support First Nations businesses and the many organisations that are helping to tackle racial injustice and close the gap.

Here are some ways you can directly support through some of UnLtd’s charity partners:
– Mentor an Indigenous child through volunteering or donating to The Pyjama Foundation
– Invest in improving young Indigenous girls educational outcomes by supporting Shooting Stars
– Help Indigenous and refugee children build their confidence and share their stories with the world by donating to Story Factory
– Purchase books or donate to Indigenous Literacy Foundation to support their work to publish books in First Languages, written and translated by children and community members in remote Australia
– Support young Indigenous people through mentoring and skills workshops through Reach and Whitelion