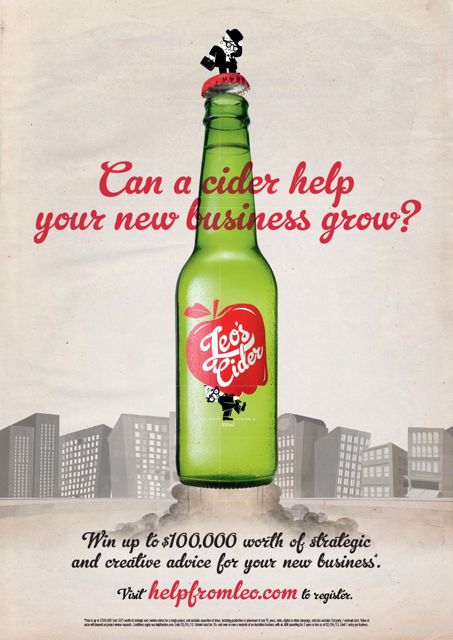 Leo Burnett Sydney has launched Leo’s Cider – the first ever cider dedicated to the ‘little guys’ – part of its ‘Help from Leo‘ promotion aimed at giving one new Australian business the opportunity to win up to $100,000 in creative and strategic advice from Leo Burnett with entries closing May 3 2013.

Other start-ups thirsty for success will have their business name and phone number or website printed on specially commissioned bottles of Leo’s Cider and distributed in select restaurants and bars.

‘Help from Leo’ celebrates the chutzpah of those who have braved all to start a business in tough economic times. Australian small businesses that registered for an ABN as of 2 April 2013 can enter the promotion. 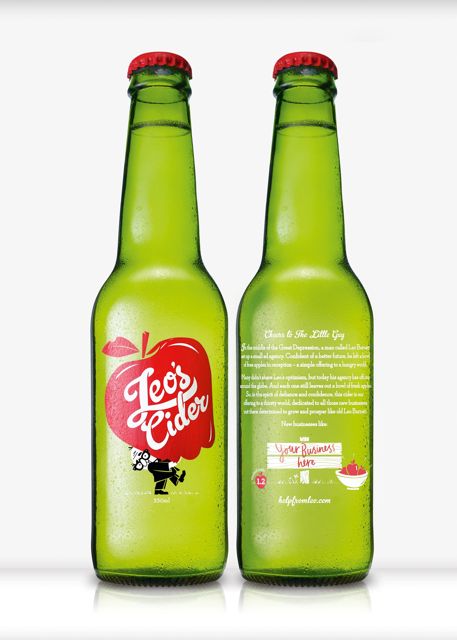 Why a cider? When Leo Burnett opened his small ad agency during the Great Depression in 1935, he put a bowl of fresh apples on the front desk as a defiant symbol of hope for a prosperous future – a simple offering to a hungry world. That small business has grown to a global network of 100 offices, including Australia – and each one still puts out fresh apples at reception.

Like all good ideas, the team at Leo Burnett Sydney thought the apples were worth bottling and created the limited release Leo’s Cider – their offering to a thirsty world, dedicated to new businesses determined to grow and prosper, despite the economic climate. 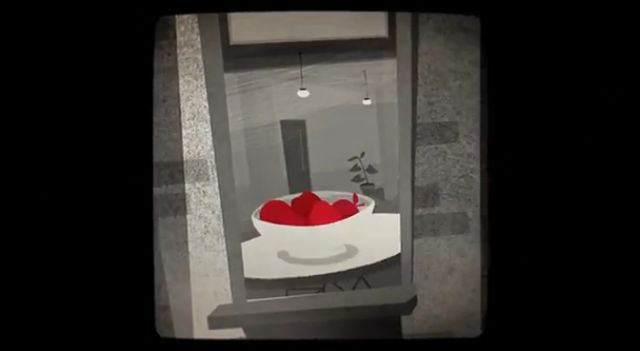 Says Andy DiLallo, chief creative officer, Leo Burnett Sydney: “There is no better way to understand someone’s point of view than to walk in their shoes. By creating, designing, marketing and distributing our own product, we have a much deeper understanding of our client’s businesses 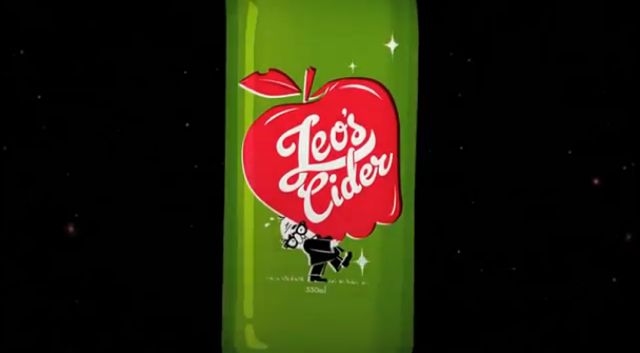 and the challenges they face. It may also give us the opportunity to get in on the ground floor of some of Australia’s newest and most interesting start-up ventures.”

New businesses (who own or own a majority of an Australian registered business that has been in operation for a period of two (2) years or less as at 2 April 2013) can find more information and enter at www.helpfromleo.com.