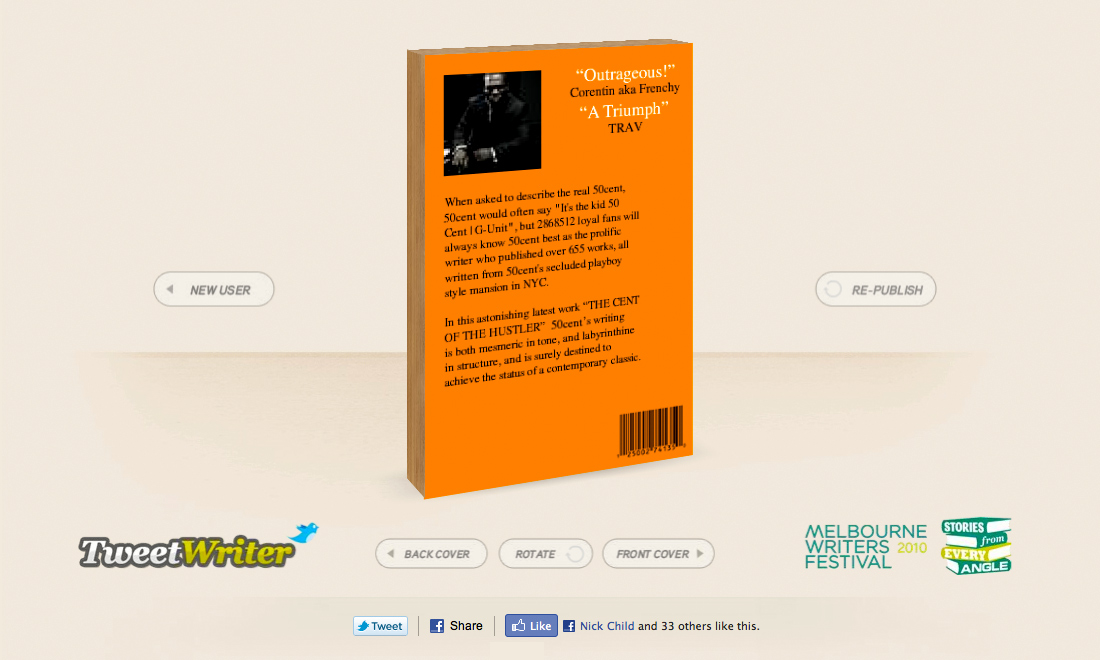 Under the banner of ‘Stories from every angle’, JWT Melbourne has created a new campaign for this year’s Melbourne Writers Festival to be held at the end of the month.

ECD of JWT Melbourne, Richard Muntz, said, “JWT’s campaign for this year’s Melbourne Writers Festival aims to pique people’s curiosity by talking to the notion that there’s more to the story than initially perceived.

“‘Stories from every angle’reflects both the diversity of offerings from authors, songwriters,playwrights and journalists for example, and the notion that throughattending the Festival attendees have the opportunity to discover moreabout a piece of writing or a writer that has inspired them.”

“Thisis the second year that JWT have been a Major Sponsor of the MelbourneWriters Festival, and a great fit given our ethos of creating ideasthat people want to spend time with,” continued Muntz.

In additionto cinema, press, and experiential/activation executions, one of themost talked about elements of the campaign is JWT’s Tweet Writer(www.thetweetwriter.com)

“Tweet Writer takes the idea of ‘storiesfrom every angle’ into social media, allowing Twitter users to seetheir tweets published as a book. All Twitterers are writers after all,and there’s a curiosity associated with profiling one’s self online. Wethought it was an opportunity for individuals to discover their innerAusten or Dostoevsky,” said Dan King, Director of Digital. Banners promoting www.thetweetwriter.com have been placed with literary sites and publications such as The Monthly.

MWF(now in its 25th year) is a nationally and internationally acclaimedfestival, featuring over 300 writers from around the world comingtogether to share their stories.

“Festival attendances increased by 10% in 2009 which was the first yearof the JWT/Melbourne Writers Festival agreement and with year’s dynamic360 degree JWT campaign we are hopeful of driving even higherattendance in 2010. JWT has created a campaign that truly engages allaudiences the Festival is targeting.”