BINGE is getting serious about superheroes, with Aussies now able to watch the latest releases from DC on BINGE, now streaming the world’s best shows. BINGE is set to launch a new campaign this Sunday 23 August.

BINGE is home to the latest DC shows including Doom Patrol, Pennyworth, DC’s Legends of Tomorrow, Supergirl and the Emmy-nominated Watchmen, as well as movies such as The Dark Knight, Man of Steel, Wonder Woman and Green Lantern, from the DC Comics universe.

The brand new DC’s Stargirl will be available to stream on BINGE from tomorrow, Saturday, 22 August, with the hotly anticipated second season of Doom Patrol streaming from 2 September.

The campaign will be rolled out across print, OOH, digital, radio and social. A dedicated ‘Destination DC’ BINGE Centre is also available now on platform, highlighting all the best DC shows and movies in one place, while a ‘Serious about Superheroes’ homepage carousel will be live tomorrow in line with the DC’s Stargirl release.

BINGE chief marketing officer, Louise Crompton, said the campaign, ‘It’s time to get serious about superheroes’, speaks to BINGE’s mission to champion the freedom to indulge: “Now, more than ever, is the perfect time to lean into the escapism that entertainment and the superhero genre provides.

“BINGE is proud to be Destination DC, home of superheroes that are more than meets the eye. Where stories are set in a world where danger, excitement and adventure are just around the corner, but where a vigilante with superhuman powers can always be relied upon to save the day.

“Whether it’s Courtney Whitmore, the proud wielder of the Cosmic Staff who fights evil as Stargirl, or the Doom Patrol, a collection of societal outcasts who use their accidental and unwanted abilities to benefit themselves and their world, or the iconic Batman, who makes it his life mission to wage war on the criminals of Gotham City, BINGE has a superhero to inspire us all.”

Stream your favourite shows and movies from DC plus the world’s best drama, comedy, movies, true-crime, lifestyle and reality from the world’s best producers, directors and studios by signing up now at www.binge.com.au. 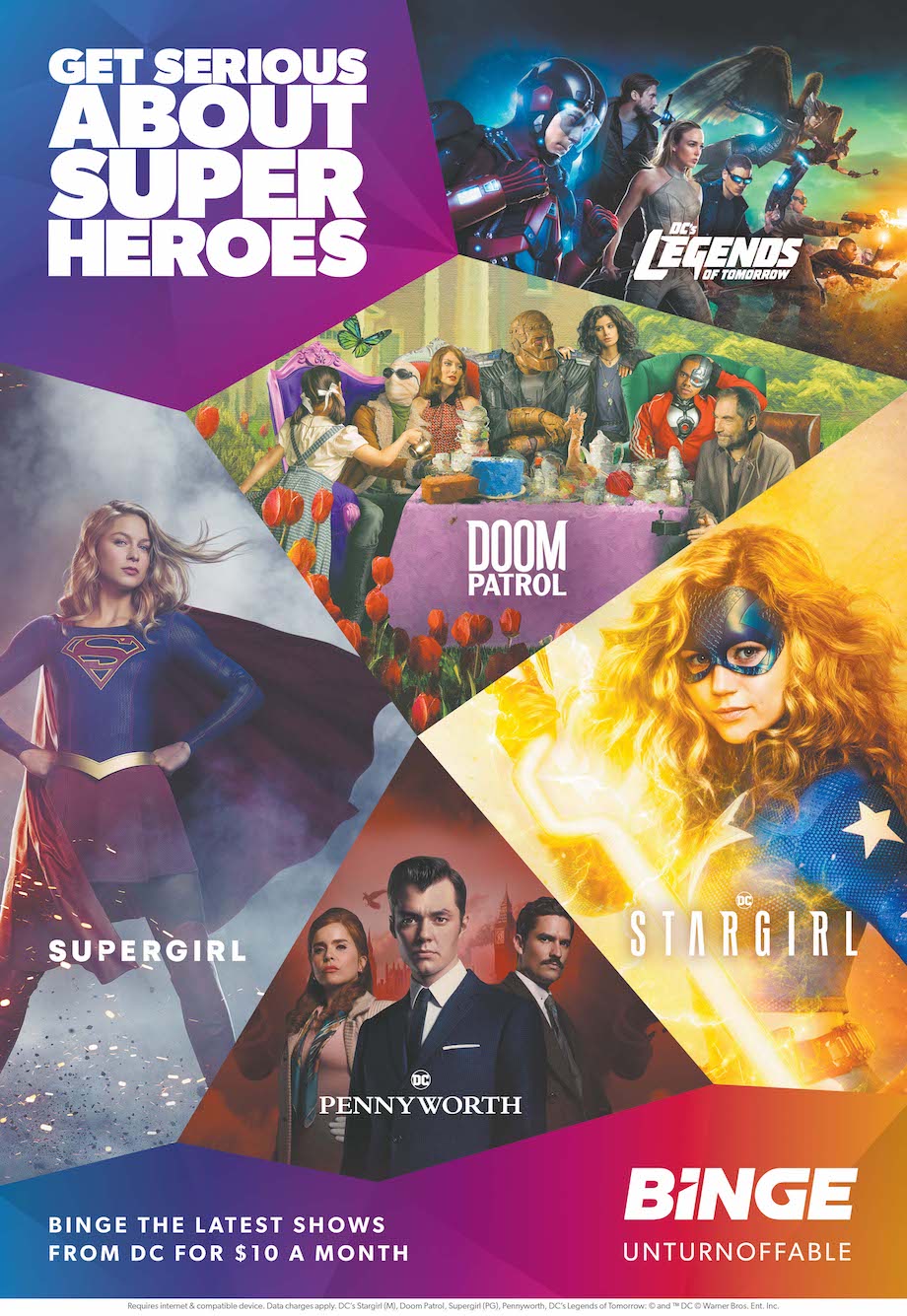 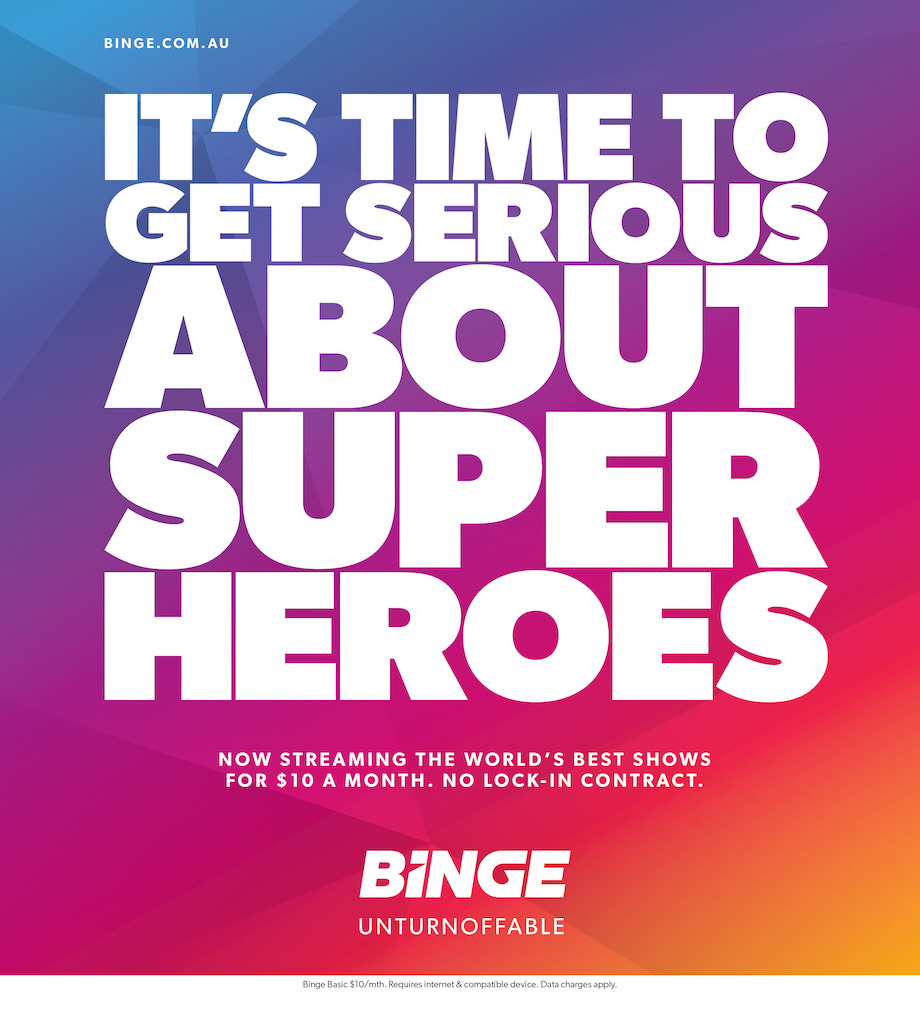 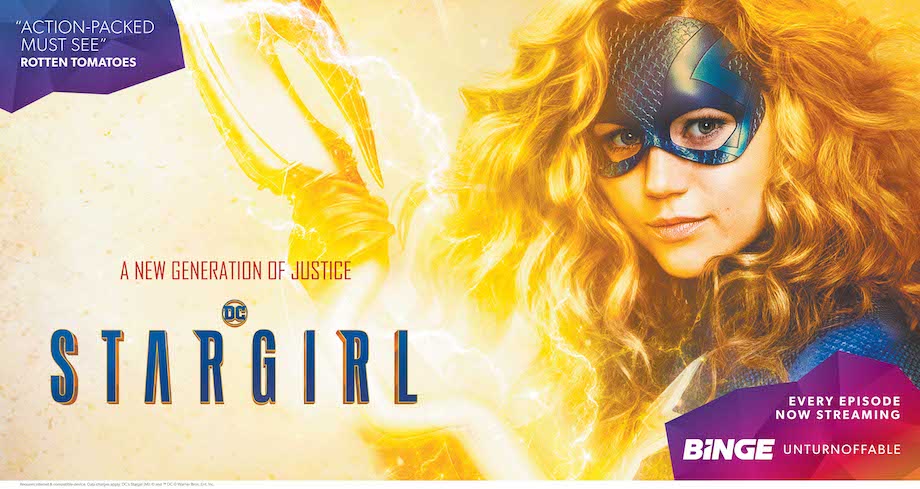