Hype Republic has​ ​partnered with RIZER, EVENT ELEVEN, AMAZON STUDIOS and AMAZON PRIME for the Australian launch of Borat 2.

Bondi visitors and residents were unexpectedly tickled by an unusual erection: a giant Borat statue swinging underneath a helicopter. According to Borat himself, the delivery of his large erection was a “much success.”

Says Barry Wafer, director of RIZER: “We wanted to create something spectacular for the launch of Borat’s latest edition. In a time when the world is suffering from a lack of public events, and a little fun, we wanted to create an experience that brought a smile to the public and gave us an opportunity to support our industry, if even for a day. 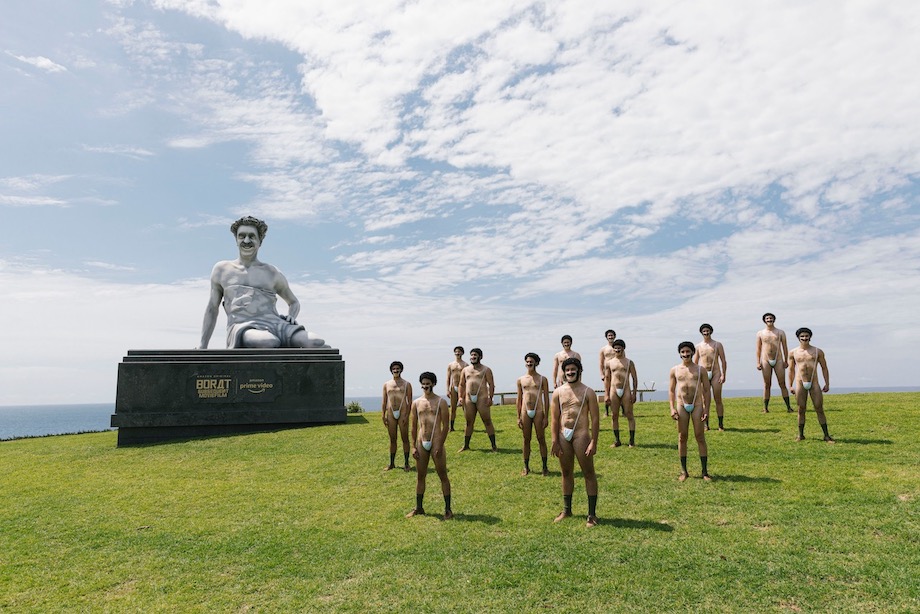 “We knew we needed a content partner that could handle the size of this campaign with the fastest possible turnaround times – overnight! We felt as though Hype Republic’s previous experience at large scale productions and tight turnarounds would be a good fit, and it was.”

Says Marcario De Souza, co-director, Hype Republic: “Working with a prestigious events company like RIZER was a great opportunity that we couldn’t pass up. 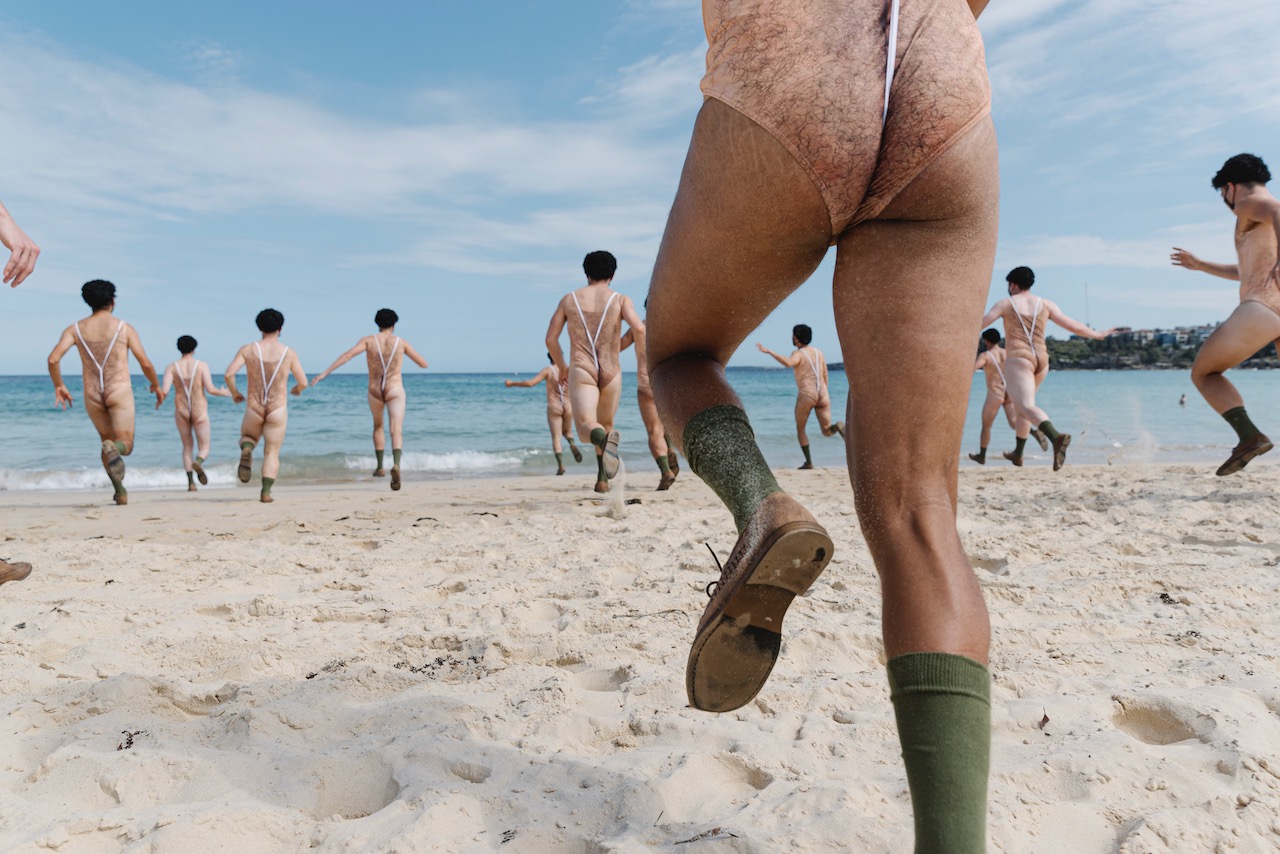 “They were so hands on, organising the massive amount of permits and the partnership with the local council. We couldn’t have asked to work with a better partner.”

Hype Republic​ managed all video and photography production of the Australian BORAT 2 launch stunt. From the initial creative development and scripting, to the three mobile crew units, a helicopter unit, an underwater unit, plus a full post production team on-site for execution. 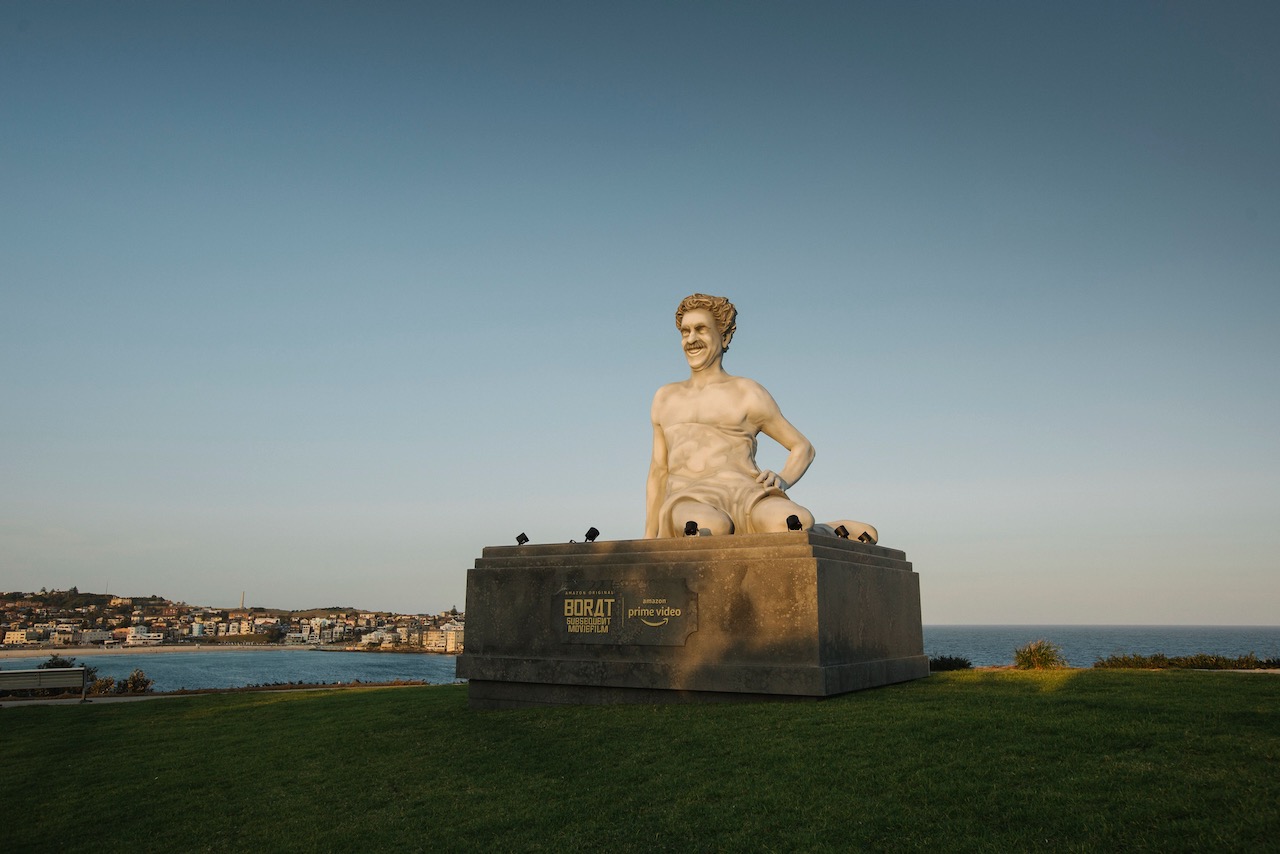 Says De Souza: “We set up a mobile post production studio in the North Bondi Surf Club to deliver overnight news clips and hero clips to coincide with the film’s global launch. We also completed the clips with full sound design, VFX and colour grading. I’m very proud of how the team delivered such a world-class end product.

“It was a real treat to have Ben Howling co-direct the stunt with myself and the Hype Republic crew. Ben brings so much experience and fresh thinking to a production like this. 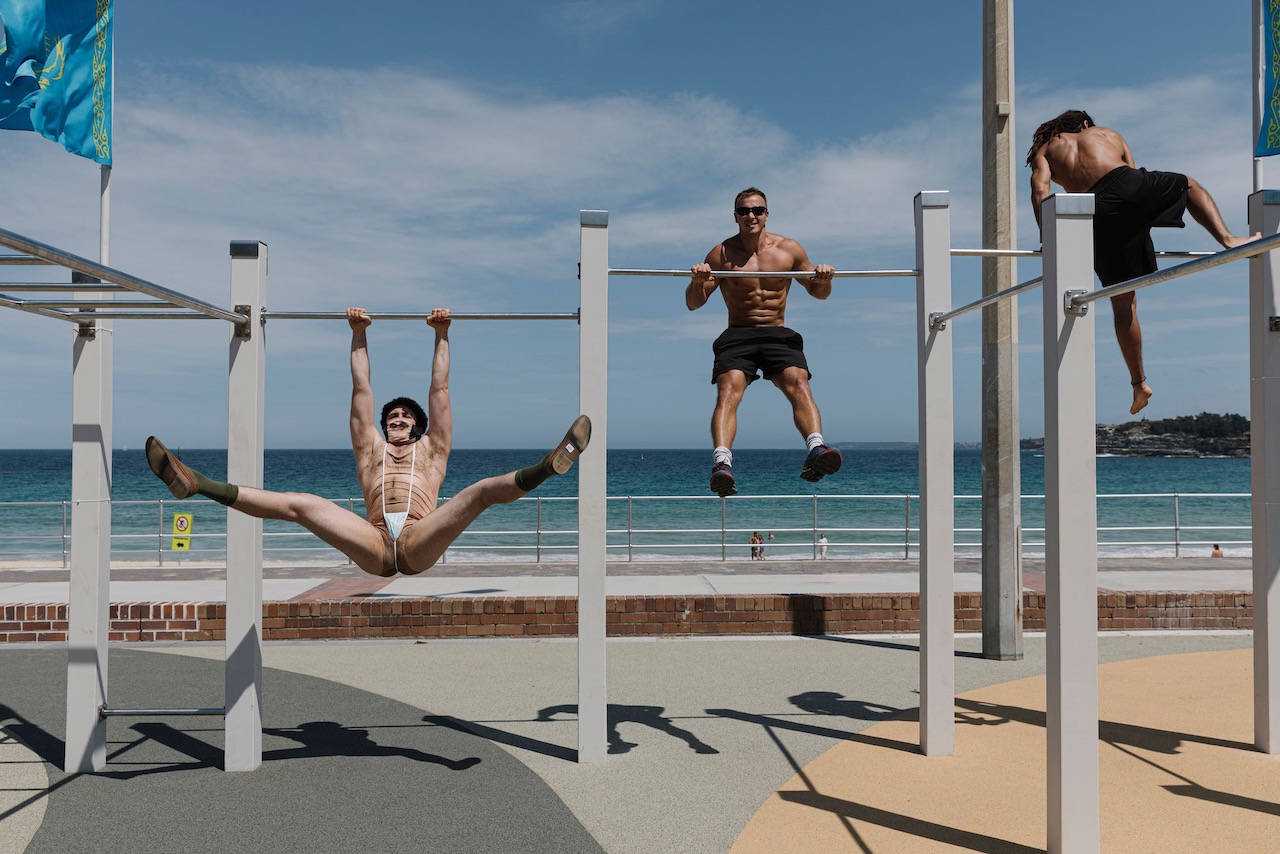 “We love this kind of creativity and out-of-the-box thinking that the whole team has put together. Massive thanks to RIZER and EVENT ELEVEN for the collaboration and trusting us with such a great production. And of course a big thanks to Amazon Prime for backing it all.” 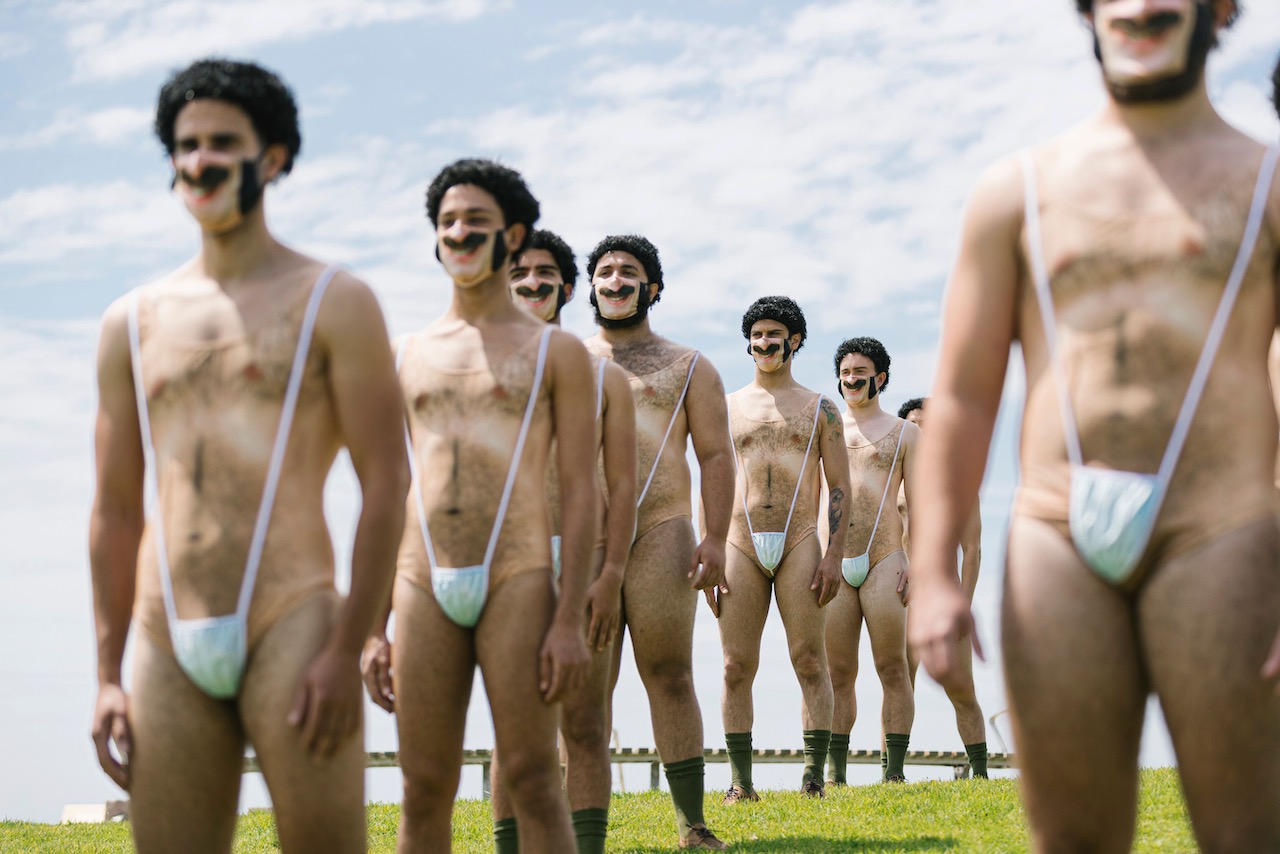 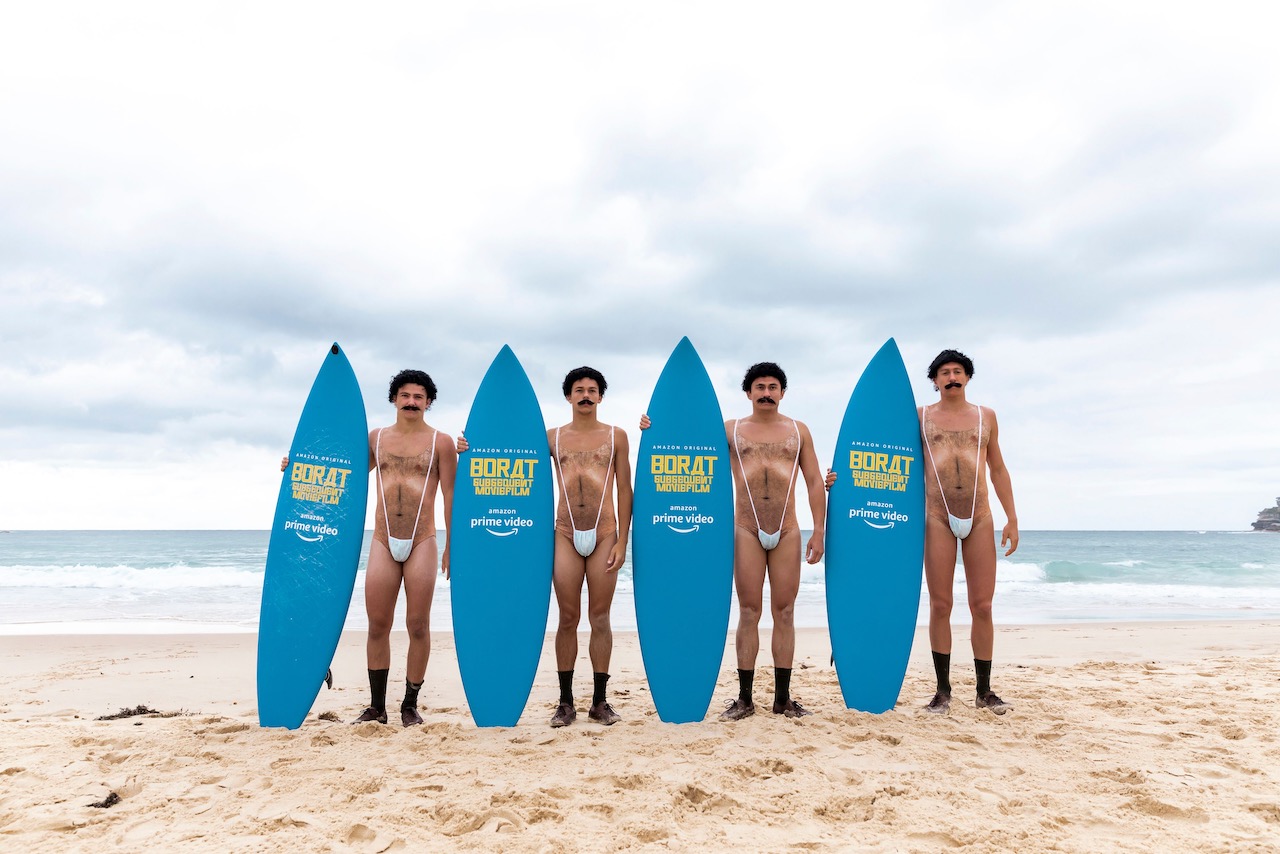 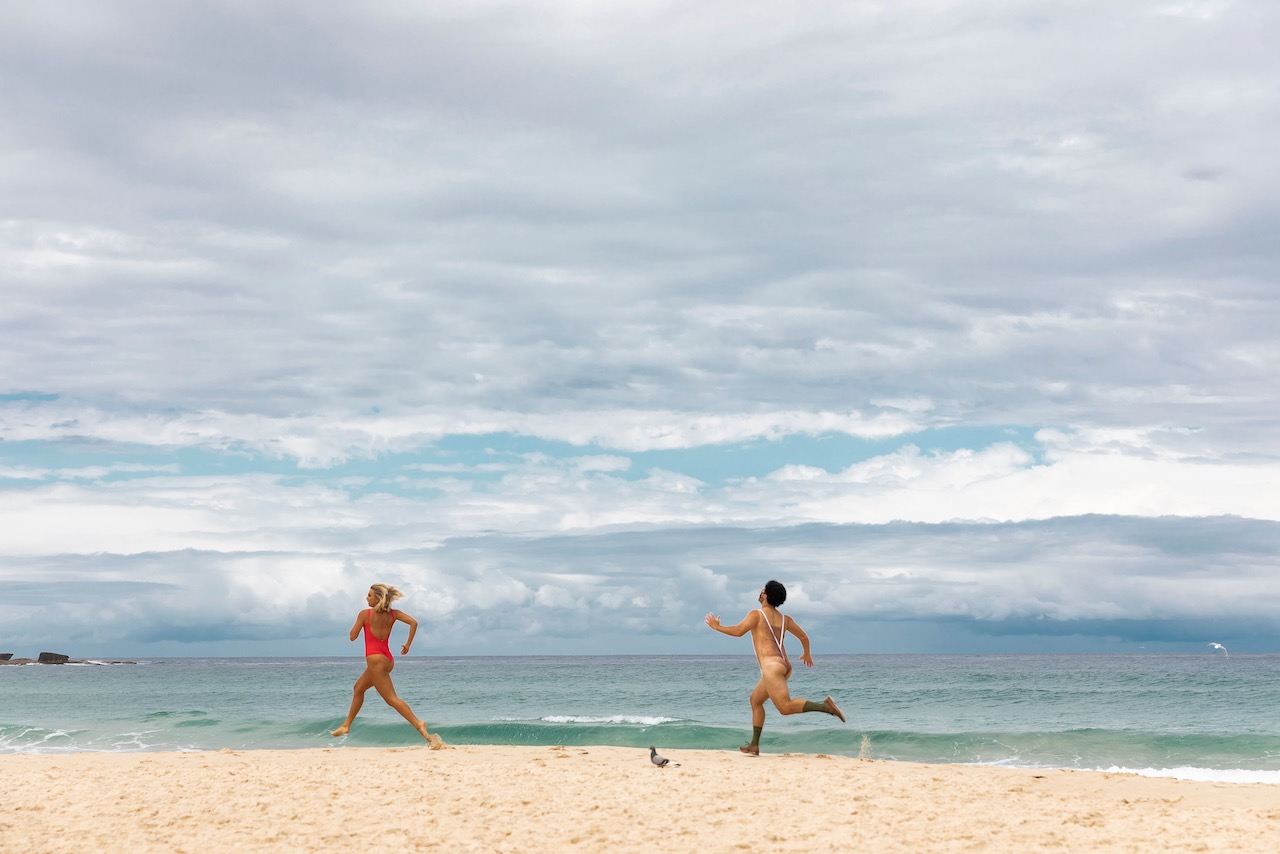