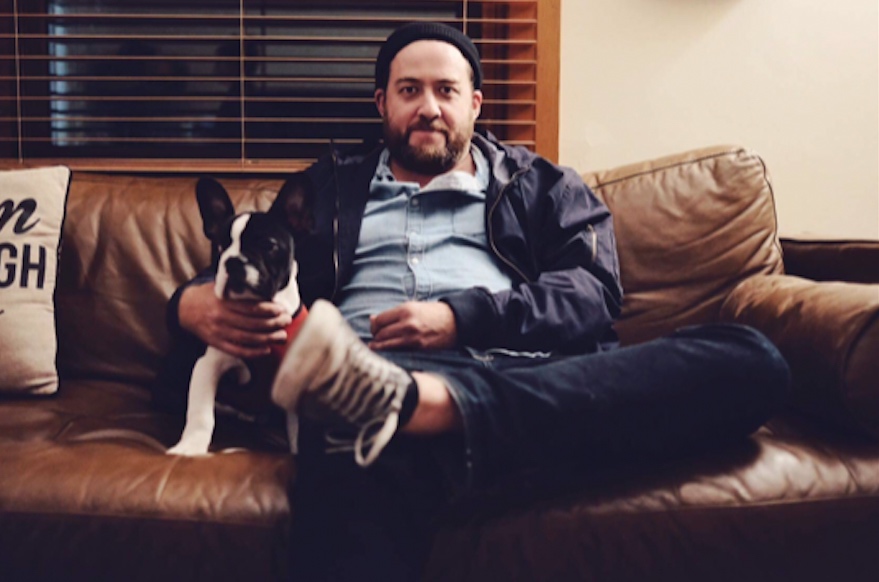 Comedy director Zachary Lynch-Woodlock is no stranger to quirky briefs. So, when it came time to collaborate on his second music clip with Aussie band Birds of Tokyo, throwing social distancing into the mix was a challenge he was ready to tackle.

Says Lynch-Woodlock (pictured): “The band and I were really keen to separate ourselves from the raft of other “Iso” videos we were seeing released on almost a daily basis. I decided that we would need some sort of unifying prop that each of our characters would interact with and allow us to show that each person was connected – and one that also played into the lyrics of the song.”

That prop was a crocheted heart with thread of yarn that literally connect each of the characters throughout the spot. Having just shot to number one on the Aussie charts with their brand-new album proved it was all worth it for Birds of Tokyo – and Lynch-Woodlock: “Working on this clip has taught me that the possibilities are endless during this crisis and that as creators of content we can push our concepts further and take a slightly punk approach to how things can come together.”

Says Ian Berney, Birds of Tokyo’s bassist: “Zac is a creative problem solver. We asked the impossible: direct a heart-felt iso video. We needed a twist, and he came up with the old TV screens around the band and random characters. He connected our characters with red yarn strings to show that isolation doesn’t equate to loneliness. The final video brought a huge smile to our faces, and the task from our end was achieved with minimal fuss.”

Having left Ogilvy as in-house director at the end of 2019, Lynch-Woodlock swiftly connected with the gang at Helium and Vandal and it wasn’t long before a brief came in with his name on it. The result was three quirky spots for Auto One.

Says Lynch-Woodlock: “Working on the Auto One project with the team at Helium/Vandal was a great experience, I truly love the atmosphere they have created there. I’m also extremely happy with how Auto One turned out – and we managed to get this one past the keeper just before the Covid lockdowns started to take place.”

Says Brenden Johnson, Helium: “We’re thrilled to have Zac as part of our diverse roster. He’s a great guy and someone who is always setting himself new challenges. From left-of-centre comedy to music clips and performance work with real pathos, we’re all excited to see what’s next for Zac.”

Click here to view DIVE by Birds of Tokyo and more of Zac’s work.