Graham Watson: The best Christmas present we could all have is for the Federal and NSW State Governments to recognise that climate change is real and act on it. Now 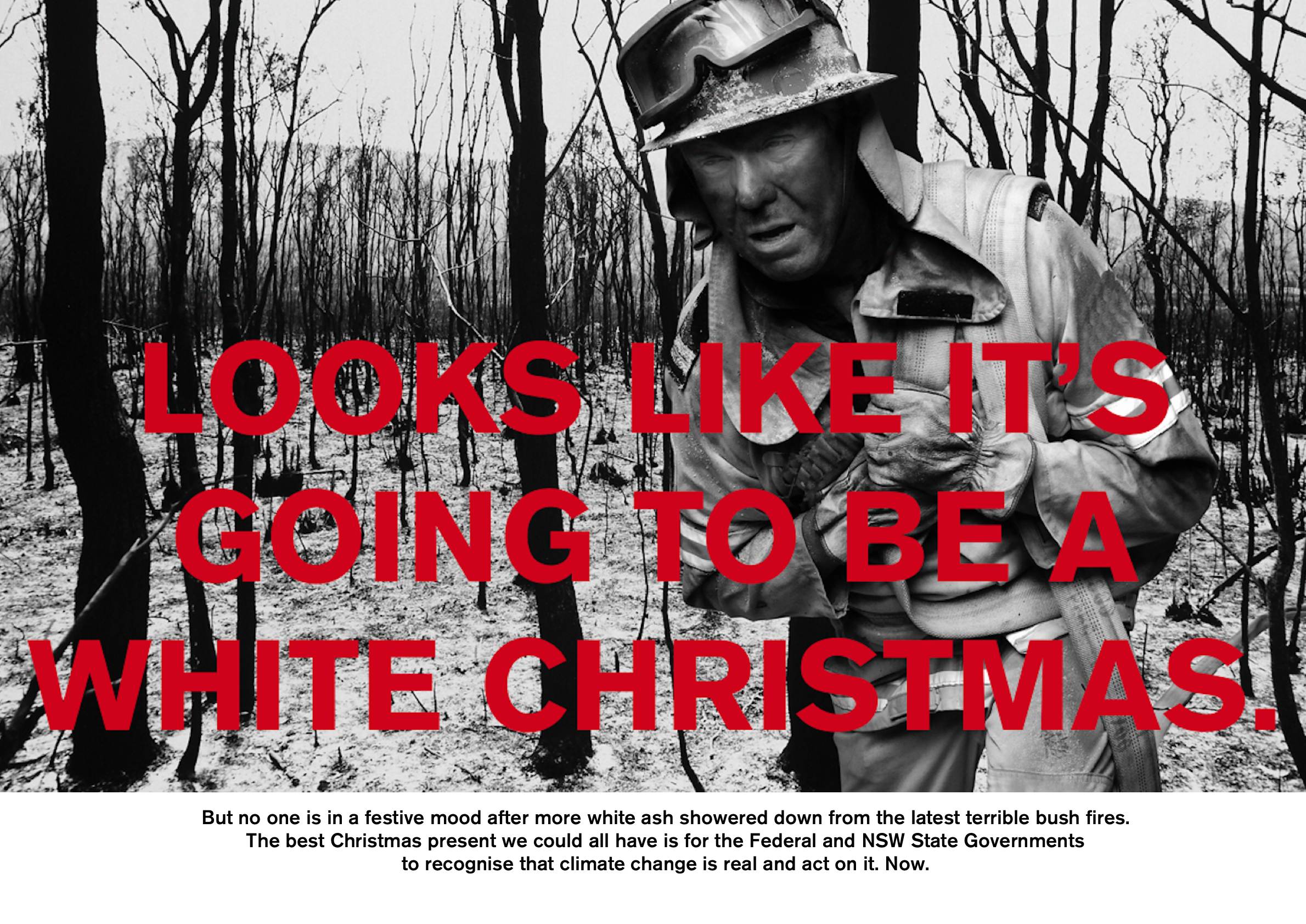 The latest bush fire emergency (ongoing and out of season), was predicted six months ago by a group of 24 former fire chiefs. They warned the Federal Government with their concerns at the time that bush fires were connected with climate change. This fell on deaf ears and Morrison refused to meet them to discuss the situation.

I became more and more frustrated with this denial and decided to try and publicise the situation. I contacted the Climate Council with my concept, which they really like. They are putting it onto their own social media, so requested we didn’t need to add their branding. I’ve sent all the material over to them to use as they feel fit. Let’s hope it makes a difference.

Ironically, Alex Buckingham photographed the bush fire scene with the white ash a few years ago just outside Cowan on Moreton Island. Yesterday, the village was evacuated following a lightning strike on the bush there. They’ve put on extra ferries to get everyone off the island. 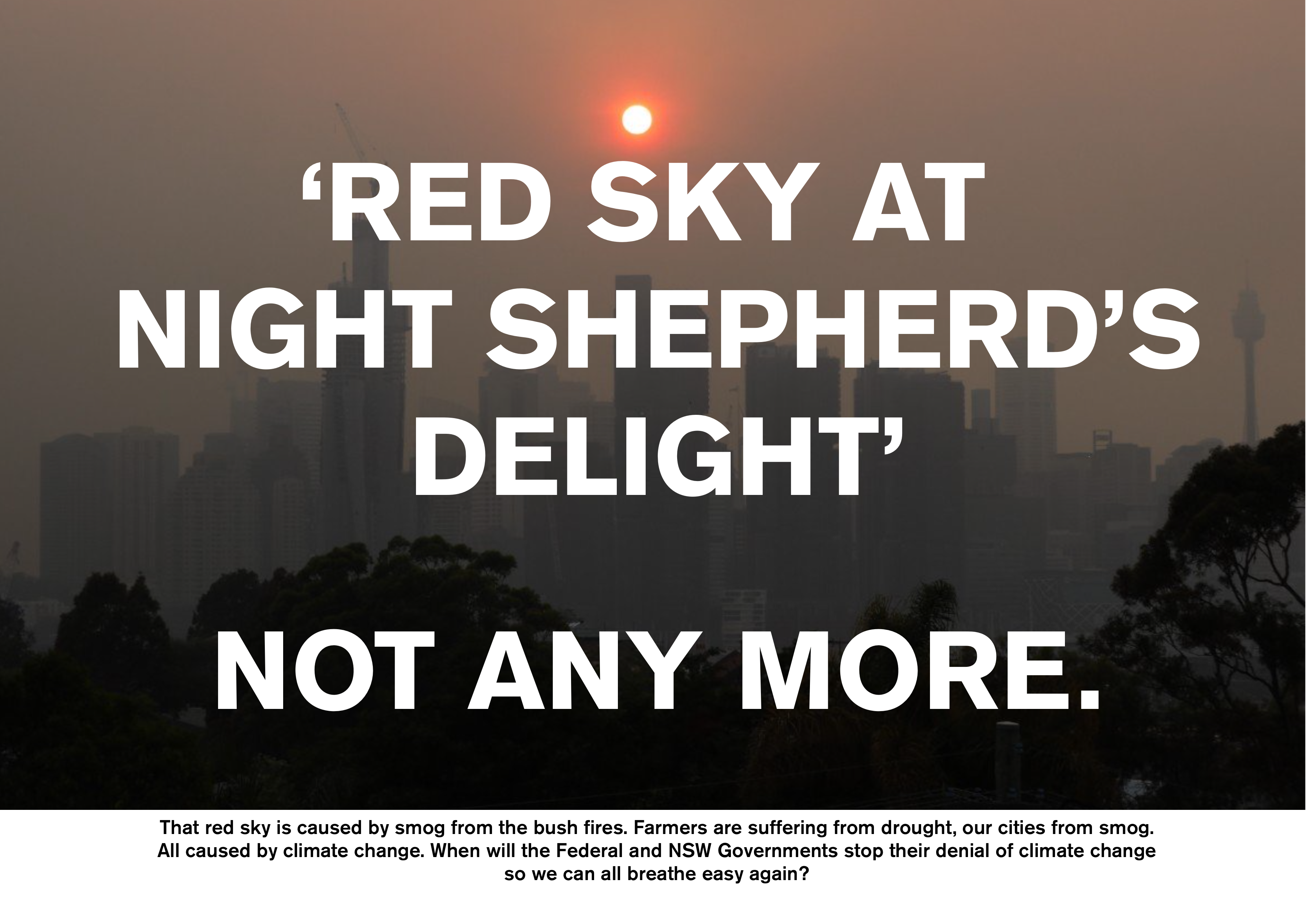