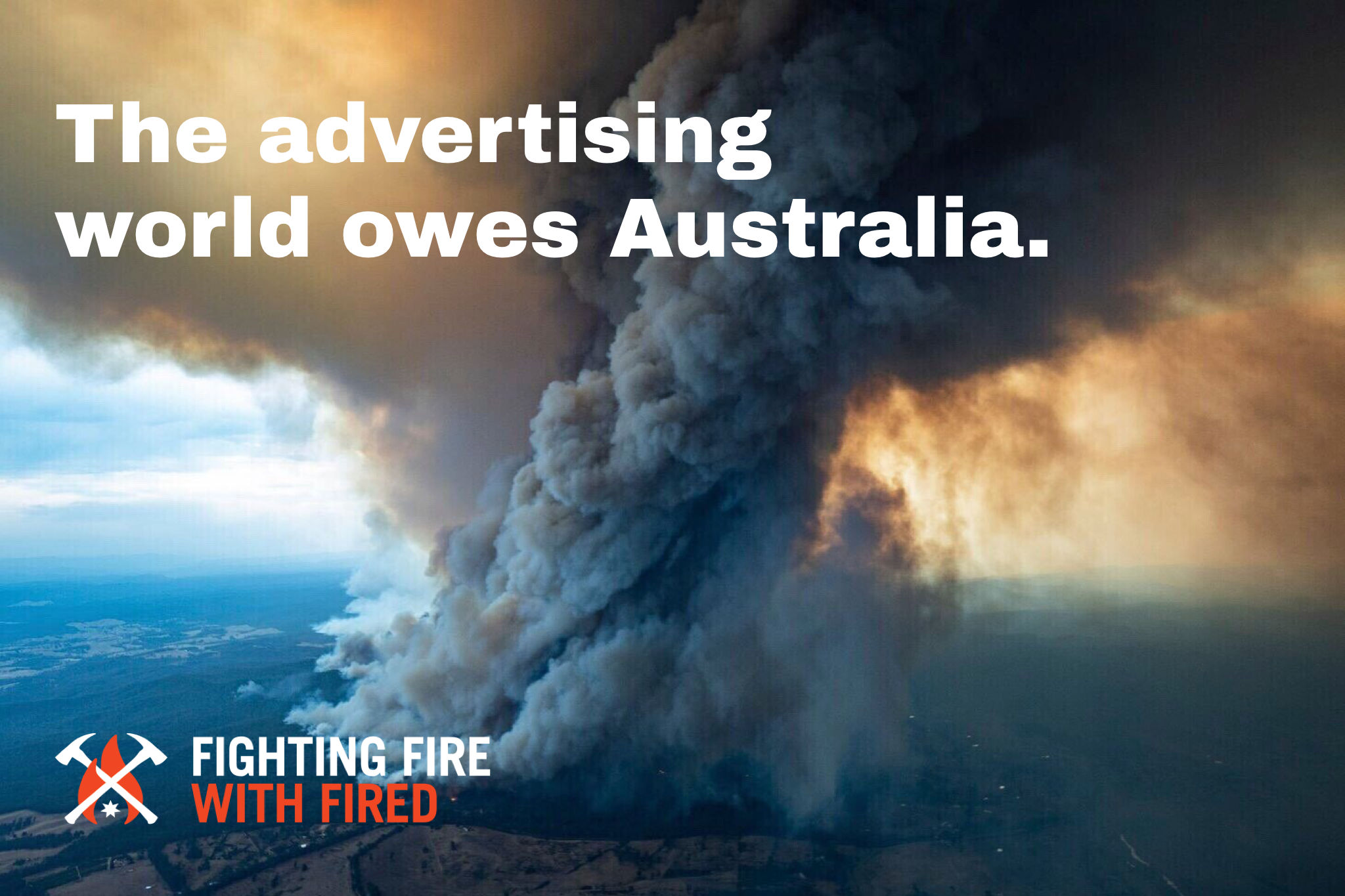 Anomaly – an agency with seven locations spanning New York, Toronto, LA, London, Amsterdam, Berlin and Shanghai – has committed $100,000 USD to support fire relief efforts in Australia. This is the combined total of one week’s salary (plus a few extra thousand for good measure) of the almost 30 Australian Anomalies across all locations who were either born there or call it “home”.

The initiative, “Fighting Fire With Fired” formed in response to the collective shock and devastation felt at a global level at the sheer loss of land, wildlife, homes, and people. Australians have always been indispensable to Anomaly and the industry at large, their sense of adventure and ambition taking them all over the world and thousands of miles from home, and so it made unequivocal sense to act at a time when expat Australians felt farther from home than ever.

The mechanics were simple: every Australian Anomaly was “fired” for a week (Anomaly kept them on payroll), but also matched a week’s worth of their salary as a donation to various organizations and projects. The group of Australians were given the task of deciding how to impactfully distribute the donation with the additional time they were afforded. A website went live simultaneously at launch, with a social campaign led by Anomaly’s channels, Australian employees and Anomaly leadership driving dialogue and mobilizing industry peers to act.

The initiative continues and leaders are encouraged to contribute, especially those that benefit from Australian talent on their payroll. Leaders can find out more at fightingfirewithfired.com.

Says Mike Byrne, founding partner, global CCO, Anamoly: “Australia has given our industry so much and you stand up for your brothers and sisters in a time of crisis.”

Says Carl Johnson, founding partner, executive chairman, Anomaly: “Talk is cheap-$100,000 and a week of our passion and creativity isn’t. We just felt we had to act.”