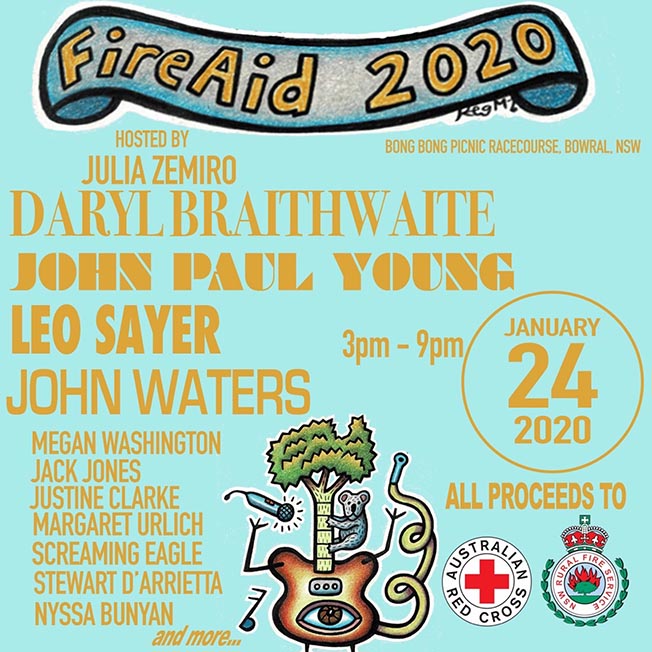 Singer/actor and local resident JOHN WATERS, has decided to help his community and bring some much needed assistance to those who have lost their homes and livelihood in the Southern Highlands region. John has called upon colleagues and mates to come together for a special concert that will raise money and spirits for those in need.

FireAid2020 will be held on Friday, 24th January at The Bong Bong Picnic Racecourse, Bowral. Gates to open at 2pm with the show to start at 3pm. The concert will be hosted by Julia Zemiro and appearing alongside John Waters will be Darryl Braithwaite, John Paul Young, Megan Washington, Jack Jones, Margaret Urlich, Leo Sayer, Stewart D’Arrietta with the songs of Leonard Cohen and more. Justine Clarke will also join in to entertain the kids. More names to be announced soon.

Says Waters: “All of us want to do something; but I realised I had the power of public recognition and that I had a lot of friends in the music and entertainment industry with a lot more of that power than me, and the idea of FireAid2020 ‘The Concert’ was born.

As much as raising funds, this FireAid2020 concert is about community spirit; about unconditional love for each other; about fire-in-the-belly action. Rock On Australia!”

Says Zemiro: “Australia is in a time of genuine crisis. Like so many other communities around the country, The Southern Highlands have been affected by the horror of fire and loss. As a community we can do what always works: Band together. Work together. Support one another. Music is also a way to allow our emotions out- to cry, to sing along, to maybe smile again for a while.

As a newish resident to Bowral, I am humbled to be hosting FireAid2020, an event John Waters has pulled together with a little help from his friends.”

FireAid2020 could not happen without the artists and the many organisations that have lent their support to this event. John Waters would like to especially give thanks to the Wingecarribe Shire Council and Peter Hales of the Bong Bong Racecourse who freely offered their support and assistance in confirming this event – even during the height of the fire emergency in the local region.

Parking at the venue is spacious, and free.

The general admission for the concert gives access to a large area of the central part of the racecourse within the fenced boundaries.

A small number of reserved seating will be available in two sections close to the stage. We offer these along with a certain degree of comfort, a great view of the stage and, of course reservability. We hope that those who buy these seats will do so knowing that the extra funds are their much valued heightened contribution to the raising of funds.

Food stalls from many local mobile catering businesses will be plentiful, but the option of spreading your blanket and enjoying your own picnic feast is still there for you to enjoy.

Why not stay on in the Southern Highlands for the whole Australia Day weekend (the local businesses and accommodation could do with extra support right now) and make sure you pop into The SHAC in Robertson (next to The Big Potato). Campaign Brief is one of many enthusiastic supporters of The SHAC (Southern Highlands Artisans Collective) ~ a non-profit ~ home to 18 artists and artisans, with a fantastic variety of bespoke work for sale and current exhibitions of painting and sculpture. 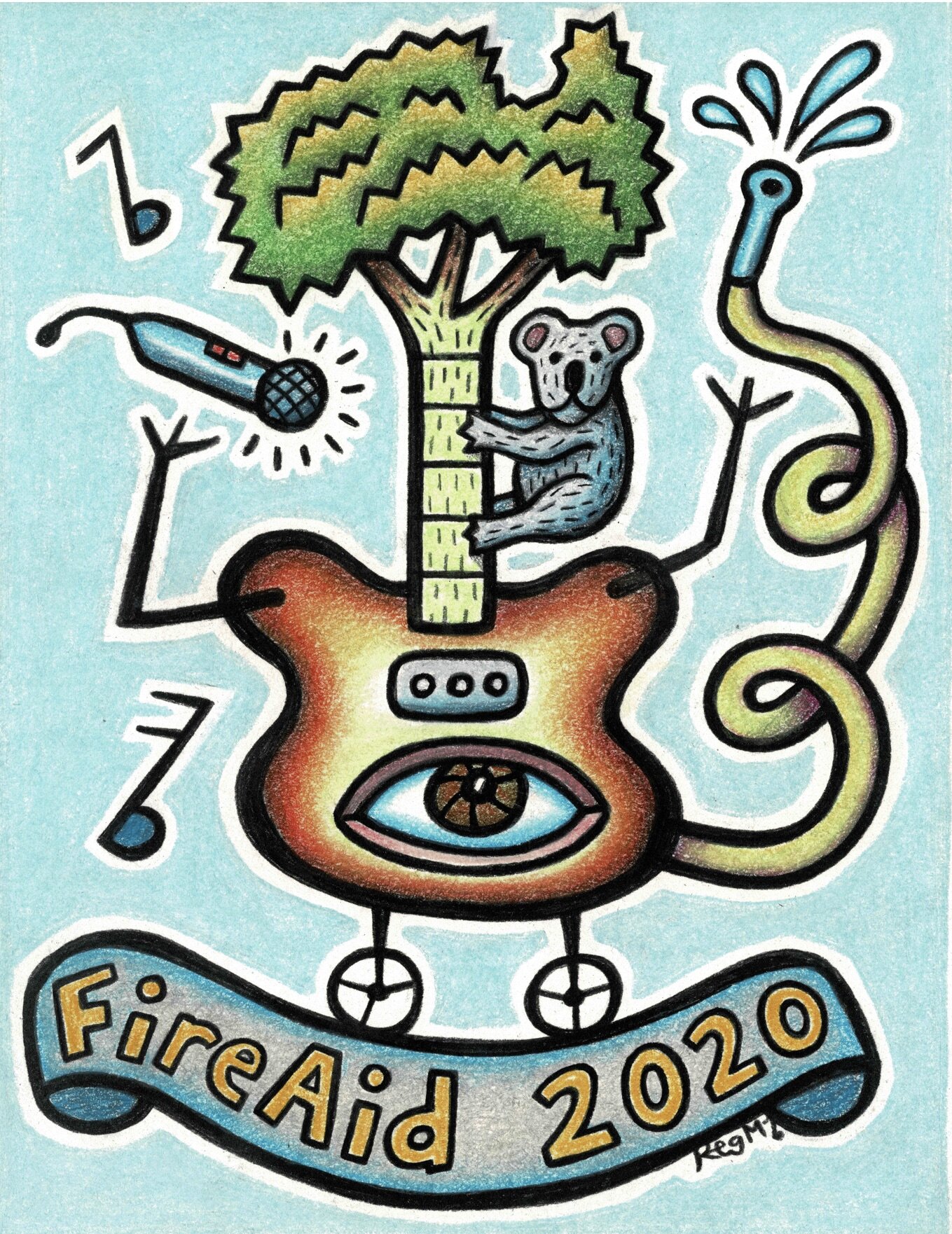 Leave a Reply to you'd get naught Cancel reply