Crust Pizza has unveiled a new campaign from 303 MullenLowe that sees the Australian leader in gourmet pizza travel to Naples, Italy, the birthplace of pizza to prove that Crust is anything but traditional.

As part of the campaign, Crust plucked locals straight off the Italian streets, asking them for their thoughts on Crust’s “sacrilegious” version of the local dish.

The campaign captures the authentic reactions of these passionate pizza traditionalists as they experience Crust’s gourmet offerings the likes of Pesto Chicken Club, Peking Duck, Vegan Smokey BBQ Pulled Jackfruit and more. The film shows the Neapolitans’ anger to surprise, confusion to joy… and a small riot in a local marketplace.

Says Zoe Jacovou, marketing manager, Crust: “Operating in a such a competitive market, Crust’s comms always need to deliver an unfair share of attention for the brand – and this is exactly what 303 have delivered. We’re thrilled with the campaign which really captures our adventurous nature.

“Working with the integrated offering of 303Mullenlowe and Mediahub allows us great efficiencies by combining all creative, strategy and media buying under one roof.”

Says Scott Huebscher, executive creative director, 303 MullenLowe: “With this campaign we killed two birds with one stone. We repositioned Crust to its rightful place as the most gourmet, innovative pizza offering in Australia while angering and confusing over a million pizza- loving Neapolitans at the same time. It was a win-win.” 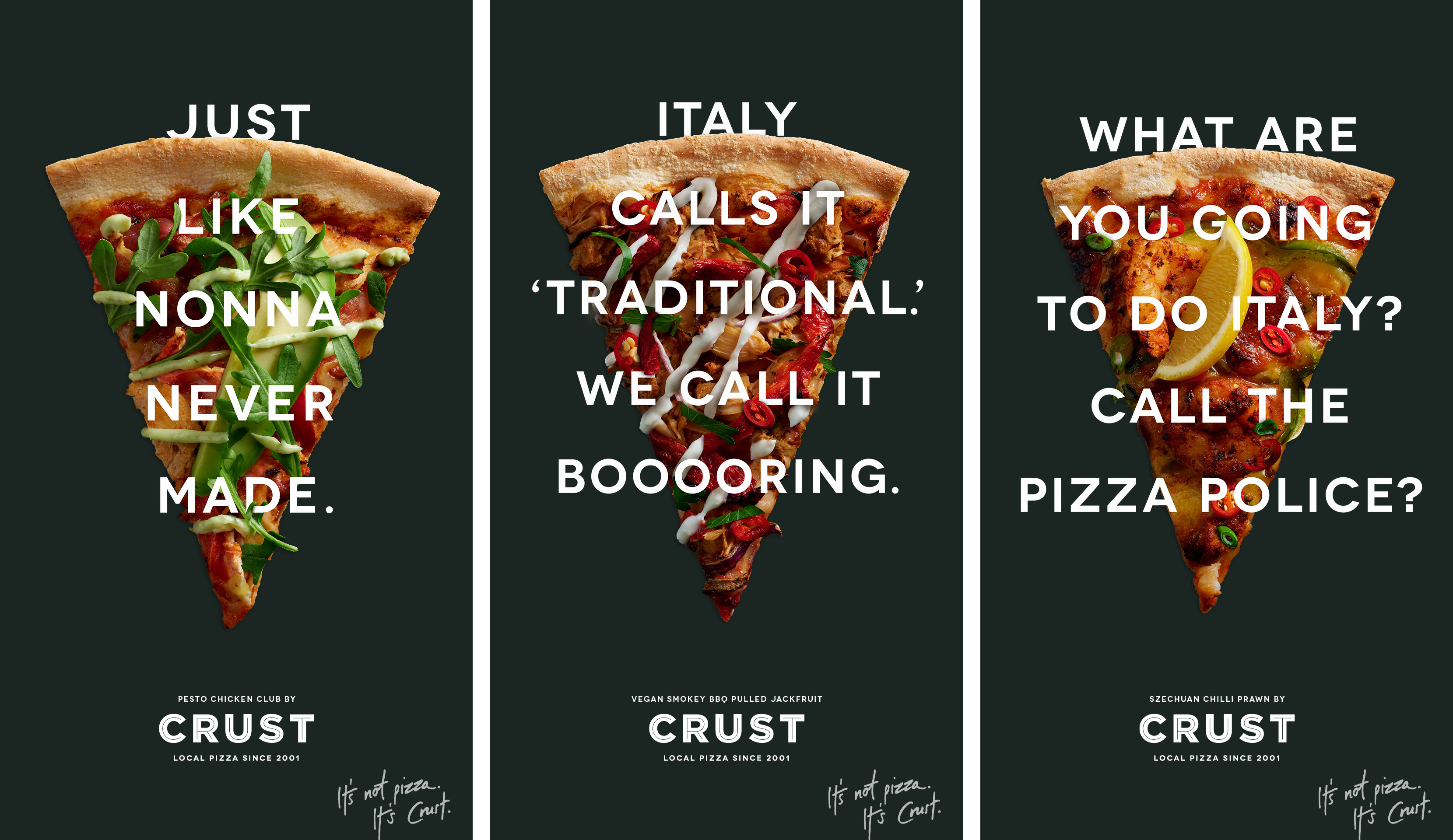