Coca-Cola thanks Australians for recycling in new television campaign via Ogilvy, Sydney

Coca-Cola Australia has today launched a major marketing campaign via Ogilvy Sydney, to thank Australians for recycling. It follows the announcement earlier this year that 7 out of 10 of Coca-Cola’s range of drink bottles in Australia will be 100% recycled plastic by the end of 2019.

The comprehensive campaign will be led by a new TV commercial premiering this Sunday. It aims to build awareness of Coca-Cola’s move to recycled plastic and its commitment to reduce waste and help solve Australia’s packaging problem.

In April the company announced its largest ever investment in recycled plastic for drink bottles. The move means that all our plastic bottles, 600ml and under, will be made from 100% recycled plastic by the end of the year. This includes all brands from Coca-Cola, Fanta and Sprite to Powerade, Pump and Mount Franklin.

The change also means that Australia will be the first country in the world where all Coca-Cola Classic bottles, 600ml and under, will be made from 100% recycled plastic on an ongoing basis.

Says Christine Black, director for sustainability, Coca-Cola Australia: “We are the largest drinks company in Australia and we have a responsibility to help solve the packaging problem.

“Coca-Cola in Australia has made a significant commitment to investing in recycled plastic but there is more to do. Australians help every time they recycle a drink bottle.

“When a company as large as Coca-Cola combines our marketing expertise to encourage recycling with a commitment to using recycled plastic, our plastic bottles can become bottles again and again.”

The new Coca-Cola commercial to be screened on TV, cinema and online video was produced locally and will be supported by a wider campaign featuring recycling messages on bottles and lids, out-of- home advertising and recycling activities at the Sydney Cricket Ground at three upcoming games.

The animated commercial features a lady bird on a mission to lift an empty Coke bottle into a recycling bin. She can’t do it alone and is soon helped by an army of ants. The ad ends with the message: “With a little help, we can make a big change. Our bottles are now made from 100% recycled plastic. Thanks for recycling!”

Coca-Cola Australia’s and Coca-Cola Amatil’s commitments to encouraging recycling and using recycled plastic are part of The Coca-Cola Company’s global goal of reducing waste and by 2030 collecting and recycling as many cans and bottles as it sells.

To learn more about this announcement and Coca-Cola’s sustainable packaging goals and initiatives, visit www.coca-colacompany.com/au/sustainability 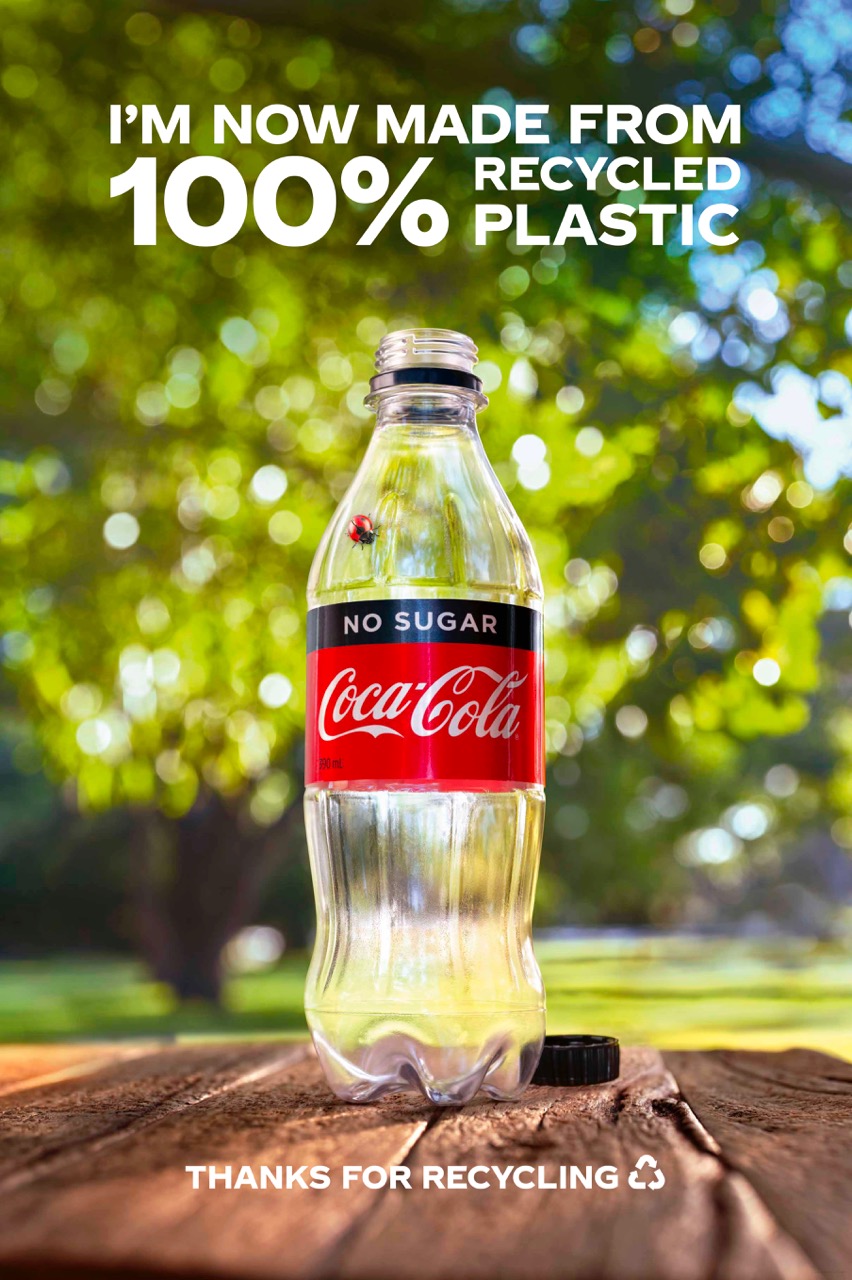