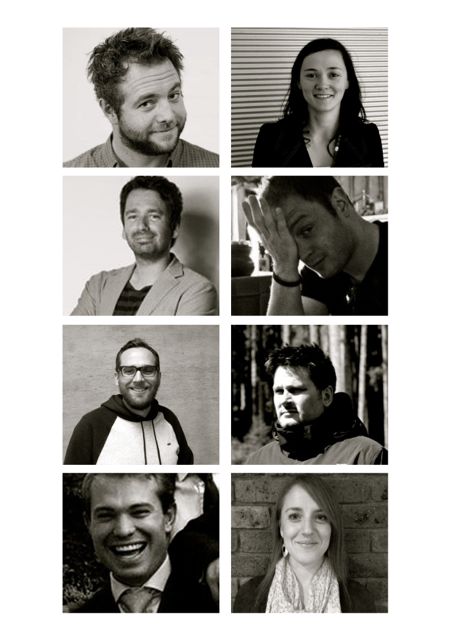 To support a powerful new business winning streak, Clemenger BBDO Melbourne has created six new senior positions. Monday’s announcement that the agency has won the Myer account follows on from other recent wins including SEEK, The Department of Education, TAC and DrinkWise.

In the creative department, Evan Roberts and Dave Klein have been appointed as two new creative directors, and Stephen de Wolf, Hilary Badger, Jim Robbins and Alex Derwin have joined as a senior creatives.

Managing director Paul McMillan says the new line up enforces the agency’s policy of having an unfair share of the best talent.

Says McMillan: “We took our time finding the best people, looking all over the globe. It’s wonderful to be able to add to the already world-class talent looking after our clients at Clemenger BBDO Melbourne.”

Creative chairman James McGrath says the months of hard work recruiting these positions has paid off.

Says McGrath: “It’s one of those delightful career moments to be able to have people we knew at the start of their careers return to us at their peak. They’ve all hit the ground running and the work we’ve got coming up will showcase the incredible breadth and depth of talent we have in this building.”

Evan Roberts is returning to Clemenger BBDO Melbourne, having begun his career at the agency in 2002. He joins from GPY&R, where he was creative director responsible for work including Defence Force Recruiting, AFL and Schweppes. Roberts has had work awarded at just about every major award show globally.

Dave Klein was the foundation creative director at BMF Melbourne, also leading new business for the agency. Previously, he was at Leo Burnett and Mojo. Klein has been responsible for award-winning and hugely popular work such as the Toyota AFL Moments and the Peters Drumstick campaigns.

Stephen de Wolf is also returning to Clemenger BBDO Melbourne, having left in 2005 to go to Saatchi & Saatchi New Zealand. Most recently, he has been creative director at 18 Feet Rising, London’s fastest growing independent agency.

Jim Robbins has spent the past seven years writing at agencies in the States, including BBH New York, TBWA\Chiat\Day and Crispin Porter + Bogusky. Robbins worked on Google’s “The web is what you make of it” campaign and helped launch PlayStation 4. As well as awards at major advertising shows, Robbins has earned an Emmy nomination and has been inducted into MoMA’s permanent collection.

Alex Derwin has fifteen years writing experience in London, Sydney and the US. Most recently he’s worked as a creative director at Mutt Industries, a start-up in Portland, Oregon founded by former Wieden and Kennedy ECD Steve Luker. He’s produced work for brands including Nike, Coca Cola, The Observer newspaper, Pepsi and Ford of Europe.

Claire Tenzer joins Clemenger BBDO Melbourne from Whybin/TBWA, where she oversaw the Cannes Grand Prix-winning ‘GAYTM’ campaign. Prior to her role at Whybin, Tenzer worked at BDH/TBWA and JWT in the UK.

Adam Kennedy has moved to Melbourne after seven years at sister BBDO office, AMV in London. As a board account director, he worked across a number of high-profile accounts, including Sainsbury’s, The Metropolitan Police, SCA and Wrigleys.