Brisbane Marketing (the city’s economic development board) has unveiled a new campaign aimed at increasing visitation to Brisbane and its surrounding region.

The “Nothing’s Changed, Everything’s Different” campaign, developed by VMLY&R Brisbane in partnership with Ikon, is the first campaign created by the agency partnership since the business was awarded in September, after a competitive pitch.

VMLY&R Brisbane MD, Adam Kennedy said that the opportunity to promote the city at this unique time in its development is very special: “We bloody love Brisbane – we know locals do as well – so it was important to partner with the Brisbane creative community, established and emerging, to help bring the brand idea to life. We hope this campaign will drive Brisbane residents to share their love and passion for their great city.”

The campaign, directed by Taxi Film Production directors Stephen Lance and Mairi Cameron, is a heartwarming story aligning technical proficiency and stunning visuals exhibiting Brisbane in all its splendour. The city’s meaning has evolved from simply being about the weather to being about the lifestyle in Brisbane, encouraging viewers to focus on the diverse and fresh new wonders of the city.

The TVC, fronted by Aria award winning singer/songwriter, Megan Washington showcases how Brisbane has evolved as a destination while remaining the welcoming and unpretentious city it has always been. For the TVC Washington re-interprets one of the city’s most iconic songs, Powderfinger’s, “My Happiness”, the first time the song has ever been licenced for commercial use.

Says Kennedy: “Getting Megan and Powderfinger onboard is a coup, particularly as My Happiness is such an iconic Brisbane song. Re-recording with Megan provided a new perspective on a track we all know and love and sheds a fresh light on our great city while still maintaining its warm, welcoming attitude.”

Says Lance and Cameron: “We worked closely with the agency team at VMLY&R and The Post Lounge to reinvent Brisbane through sound and vision. Using an iconic Powderfinger track with dreamy vocals by Megan Washington, we had a blast weaving an invocation of all the new and classic Brisbane landmarks.”

The Taxi directing duo are not only boundless in their emotive creativity, their cinematic style is rich and technically proficient. The pair took a different approach and used the Arri Trinity Rig for certain shots, allowing new angles for the operator and new storytelling options for the directors. This emerging camera technology allowed the audience to experience rotating cinematography, illustrating a more fun and vivid aesthetic.

Brisbane locals Lance and Cameron are partners in work and life and combined, are a formidable creative force. They have both directed and released their own feature films, amongst other creative writing and TVC projects. Notably, feature film “The Second” was released on STAN last year to critical acclaim.

Renowned Brisbane street artist Sofles will paint a giant mural in Fortitude Valley which will be updated four times throughout the campaign; plus local media personality Sofie Formica has been brought on board to develop fun and engaging social media content encouraging locals to discover their Brisbane and share their #mybrisbane moments. Locals will also be invited to enter a competition to win tickets to an exclusive performance by Megan Washington at the Brisbane Powerhouse on 12 December.

Brisbane marketing chief commercial operator, Rob Nelson, said the time was right for Brisbane to showcase itself as the cosmopolitan city it has become while retaining its charm and welcoming feel: “Brisbane has seen extraordinary growth in visitor numbers, infrastructure development and tourism product over the past five years.

“Our industry has collaborated to deliver Visitor Economy 2031 Vision for Brisbane Region, an innovative and ambitious strategy to secure an additional $6.5 billion in visitor expenditure each year. The launch of “Nothing’s Changed, Everything’s Different” is a critical step towards delivering this vision.”

The second phase of “Nothing’s Changed, Everything’s Different” will launch in April and will primarily target interstate visitors via brand and partner activity across NSW, VIC and SA.

If you’d like to see and hear more about the very talented Stephen Lance and Mairi Cameron, they are available nation- wide via Taxi Film Production.

Please check out their reel below:
https://taxifilm.tv/director/mairi-cameron-stephen-lance/

Taxi Film Production is a part of The Taxi Group www.thetaxigroup.tv 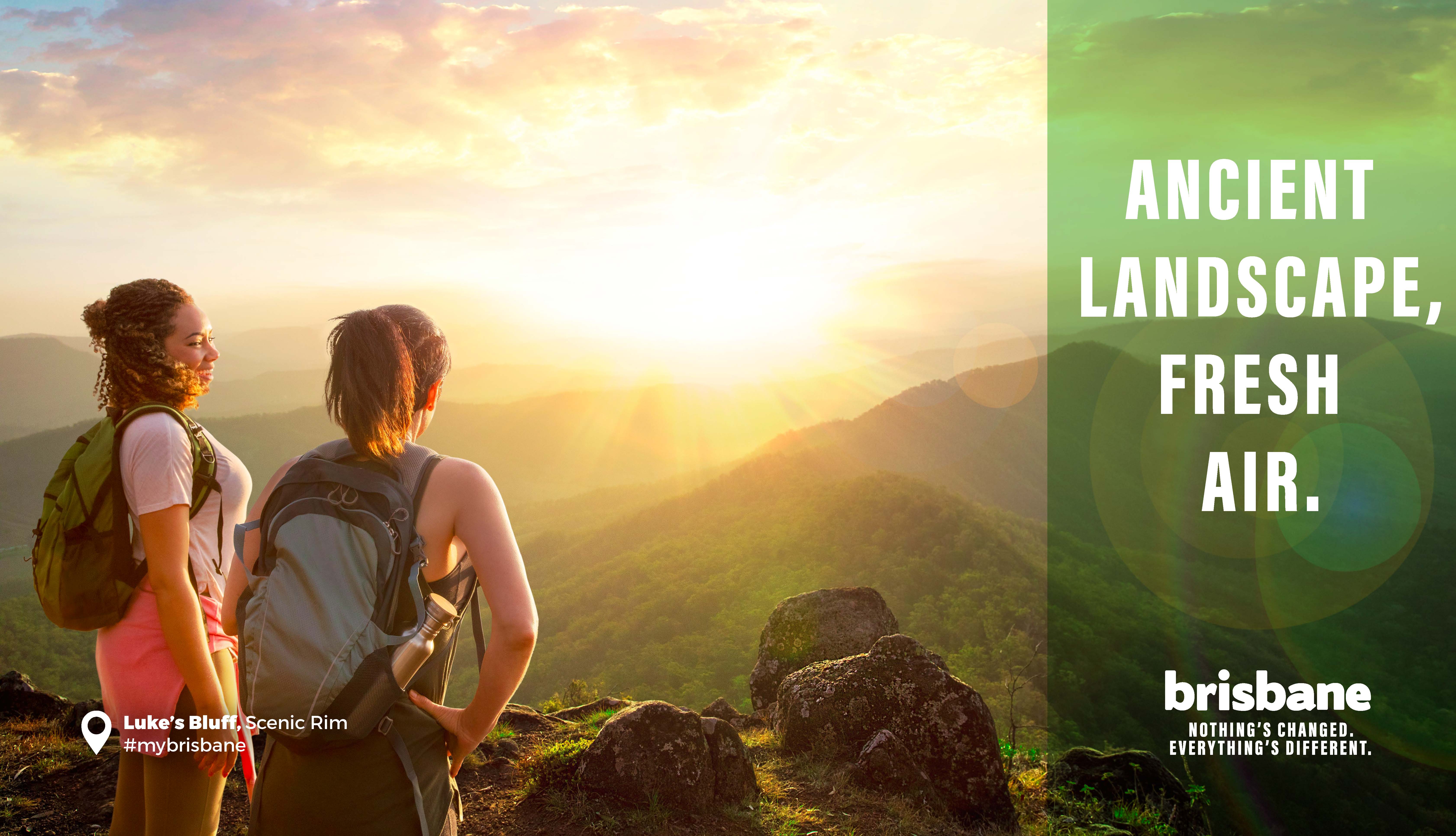 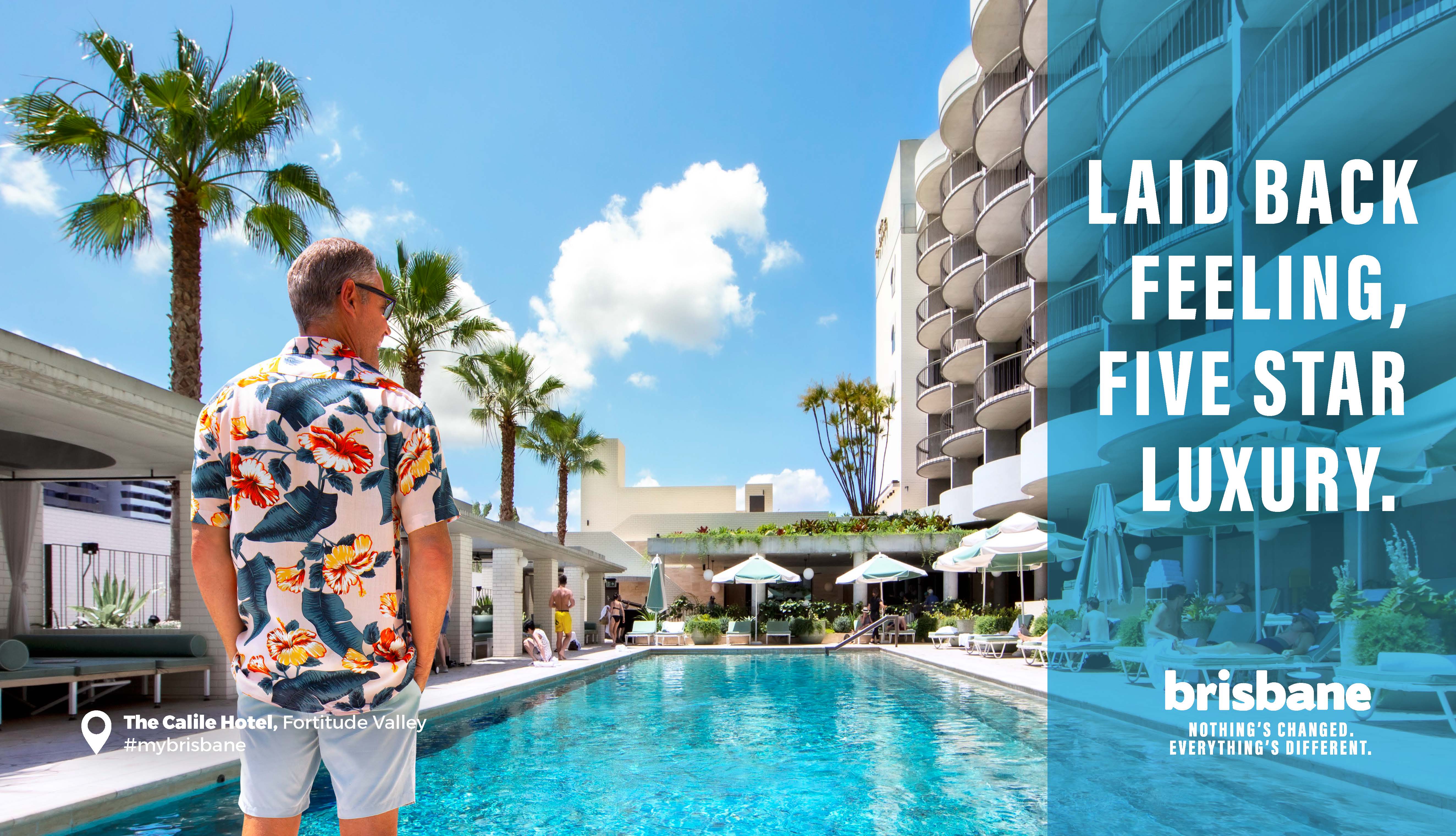